ITMO Fellowship Stories: “Crystal Is the Heart of Lasers”

Pavel Loiko came to ITMO to participate in ITMO Fellowship Program. In this interview he shares the details of a project he is working on together with Russian colleagues and talks about the importance of cross disciplinary studies. 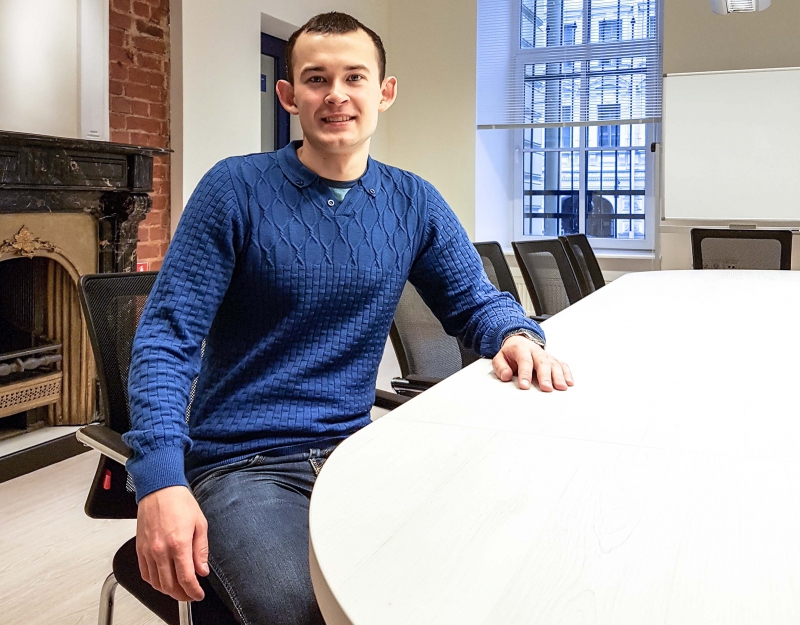 What is your field?

My work relates to the development of novel laser materials. There are two groups of materials: active ones that provide light generation in lasers, and passive materials – thanks to their non-linear characteristics they allow for control of the laser emission properties. I am interested in various types of materials like crystals, glasses, thin films and nanostructures as well as ceramic materials. With my colleagues, we study the correlation between their composition, structure and optical properties. However, the word “crystal” is an important highlight of my work. Nowadays, crystals are mostly used to create sophisticated and expensive lasers. Crystals are the main sources of light emission in lasers. In other words, crystal is the heart of modern laser.

Speaking of nanostructures, we deal with such promising non-linear materials as graphene, carbon nanotubes, zinc oxide and topological insulators. In 2006, the Nobel Prize in Physics was awarded for the graphene discovery. These materials and other 2D nanostructures are making a revolution in modern photonics. We don’t want to fall behind! Despite the fact that its thickness is about one atom, graphene makes it possible to generate ultrashort pulses.

What research are you doing at ITMO?

I continue working on projects on laser crystals and nanomaterials in which I participated in cooperation with various scientific centers.

There are a lot of crystals that can be used in lasers, but only few of them have been analyzed in detail. That’s why we have many possibilities to work. As of now, scientists pay more attention to anisotropic crystals rather than highly-symmetric ones.

It is a very long process, as it is hard to apply existing models to anisotropic crystals that have different directions in terms of their physical properties. We have to use new models and even modify the terminology. This needs a background in physics. Often it is necessary to start from the so-called first principles in order to describe phenomena in laser crystals.

Why does one need to use low-symmetry crystals?

Modern solid-state lasers are unique devices that require certain crystal properties. Usually it is necessary for a laser crystal to combine appropriate optical, thermal and structural properties. For these purposes one needs to look for new crystals or new orientations of the existing ones. Anisotropy which was previously considered negative is now treated as an advantage that can be used to boost the laser performance! We can even involve materials that were previously considered non-suitable for certain operation regimes. The authors of some international publications refer to such effects in anisotropic crystals as “magic” ones. How did you know about ITMO University and the grant?

I heard about ITMO several years ago when I visited a conference in St. Petersburg. Back then the students from ITMO photographed the participants and shared the images. I still have the photo with the ITMO’s logo.

Thanks to ResearchGate I learned about the grant. This service posts job ads with positions at the universities. I’ve never thought about working at ITMO, but when I found out about the position, I asked my friends from St. Petersburg about this – everybody was very positive about the university and the Fellowship program.

Having spent several months here I can say that I’m happy with my decision. Everything that was in the ad is true. The most important thing for me – and fortunately it works here – is that bureaucracy doesn’t hinder scientific freedom.

How long will you work here according to the grant?

The grant system is “2+1” years – two years are guaranteed and one can stay one more year if he meets all the requirements. I plan to stay in St. Petersburg for the next three years.

Would you please talk about your research partners with whom you collaborate?

I work at the Department of Optical Physics and Modern Natural Science and collaborate with colleagues from the International Laboratory “Laser Systems.” Here we studied such interesting materials as transparent nanophase glass-ceramics that contain nanocrystals. With my colleagues, we have analyzed the process of crystal formation, detected the role of additions like doping ions and crystallization catalysts. We also used glass-ceramic materials in erbium lasers to generate short high-energy pulses suitable for range-finding. In cooperation with international colleagues, we have also developed new crystals for thulium lasers that can be used in medicine.

You worked in different countries. Could you please compare advantages and disadvantages of various approaches?

I like the idea of ITMO grants. It correlates with the concept used in Europe. Moreover, the salary range is similar to the European one.

Speaking of equipment, despite the fact that international universities that deal with this field for many years have better facilities, ITMO labs look modern as well.

One should use all the available opportunities. I easily adjust and try to join different projects. I never regret too much if something is missing.

There are two approaches. Some people do everything themselves. They don’t like to share the fame. Another way is to be open for collaboration. I think that it is more effective. If you don’t have some equipment you can perform an experiment somewhere else. I frequently do that.

Who are your permanent research partners?

There are two research groups: the first one is in Tarragona, Spain at the Rovira i Virgili University (URV). The second one is in Berlin, at the Max Born Institute (MBI).

I don’t want to gather all necessary data and work alone. Science is global, I am just part of it. While I deal with a part of the project at ITMO, others work on other parts overseas. How often do you have such business trips?

I like such a dynamic lifestyle. I have a full-time contract at ITMO, but I spend a lot of time on such trips to have the opportunity to use unique materials and certain equipment.

It is a very important part of research. During these visits, I work in various labs and gain the understanding of what techniques and equipment are used there. Communication with other researchers makes me more flexible. I learn to accept other terminology, approaches and models.

You studied in Belarus. What are the benefits of its educational system?

I studied in a math lyceum in Minsk. Moreover, we had eight physics classes per week. Back then it was very prestigious to study natural sciences at university. Young people from Belarus seem to be interested in science.

I grew in the environment of olympiads in physics. All my friends were related to olympiads and scientific conferences. We also participated in Physics Battles. The participants presented their talks, then acted as opponents and criticized the reports of each other. It was teamwork, which is quite rare because usually physicists isolate themselves from others.

These events were very useful for training communicative and presentation skills – we taught how to share our thoughts and make mistakes. It is very important – many people are afraid of making mistakes because others may think that they are silly. It is natural to make mistakes, as nobody is perfect.

Then I worked as a school teacher and prepared high-school students for olympiads in physics. Did you win Olympiads?

Yes, I won a citywide olympiad, and the olympiad of the Belarussian State University, which gave me an opportunity to become a student. I also participated in ones dedicated to math and astronomy.

Please talk about your scientific career after high-school?

I graduated from the Belarussian State University and got a degree in physics. In Soviet Belarus great attention was paid to physics and especially Optics. I studied at the Department of Laser Physics and Spectroscopy. I chose a “research” track.

After graduation, I received a PhD degree at the Belarusian National Technical University. My research focused on thermo-optical effects in anisotropic laser crystals.

Then I got a postdoc position at the KTH - Royal Institute of Technology in Sweden. There I dealt with thin films and lasers based on them.

What will you recommend to those who are at the beginning of their research career?

Photonics and material science that are cross-disciplinary fields, are sought after these days. Remember the success of Advanced Materials and Nature Photonics journals. Their publications are devoted to the synthesis of materials with unique properties. This allows one to study effects caused by structure manipulation on nano- and micro-scales – previously it seemed unreal to get such results.

One more advice is that you don’t have to limit yourself with one narrow field. We go back to the times when it was necessary to be good at various disciplines. One needs to be flexible and constantly learn new things.  I started as a physicist, but now I deal with both physics and chemistry. Many of my colleagues experimented a similar change.