MIT Professor Marin Soljacic: AI Will Play a Large Role in the Future of Research

In 2007, the New York Times named Marin Soljačić as the author of one of that year’s top 70 “curious, inspired, and perplexing” inventions. The celebrated scientist, winner of numerous awards, and MIT professor is known to the world as, first and foremost, a researcher of wireless energy transfer technology. His experiments and studies on the subject are often compared to those of Nicola Tesla. In recent years, Prof. Soljačić has been exploring the applications of photonic crystals in solar energy production and the usage of machine learning algorithms in photonics. He presented a report on his latest research during the METANANO conference, which has recently concluded in St. Petersburg. In this interview with ITMO.NEWS, Marin Soljačić discusses the effects of the latest tech on research and explains why scientists must not limit themselves to a single field of study. 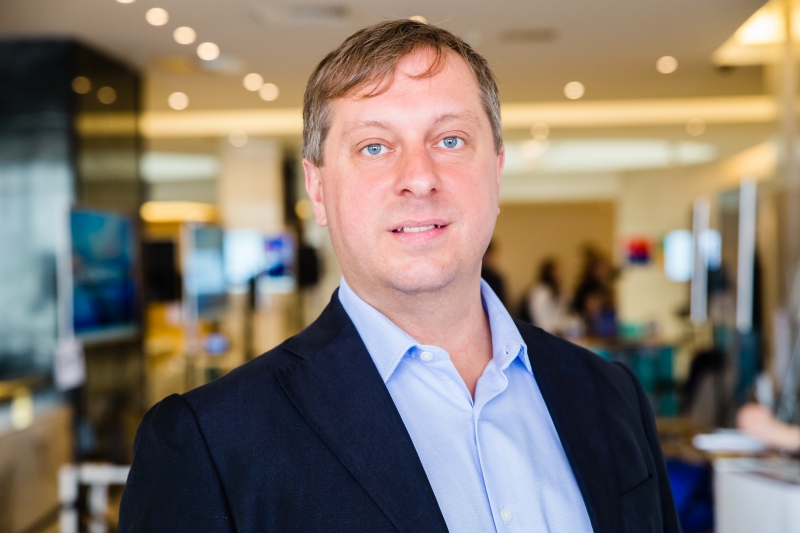 You are well-known for your electromagnetism research. But there is another topic you’ve been exploring in recent years, and it is that of photonic crystals. What makes these materials so interesting to scientists?

You’ve also been looking for ways to apply photonic crystals in solar power technology. What can you tell us about your research in this field?

There is a great deal of interest in using photonic crystals to enhance the efficiency of commercial photovoltaic solar cells. But, there are other approaches for converting solar energy. For example, when you heat things up, they begin to radiate energy. Depending on the type of a photonic crystal, it might be radiated at different frequencies. From an energy conversion point of view, this effect can be beneficial in a variety of situations.

One such application is in the solar thermophotovoltaic cells. We use sunlight to heat things up to a rather high temperature. Then, when the object begins to radiate energy, that radiation can be converted to electricity thanks to photovoltaics. All this is possible because photonic crystals allow us to control the emission spectra, which is useful for the purposes of optimizing and enhancing the efficiency of such systems.

(Read more about this research project here; the research paper has been published in Nature Energy – Ed.)

What are, in your opinion, the most promising applications of photonic crystals? Can we say that they’re already being used today?

One practical application of the crystals is in the development of photonic-crystal optic fibers, which are used today in surgery. Then there are photonic-crystal surface-emitting lasers. Professor Susumu Noda from Japan is one of the pioneers of that field. Lasers of that kind have plenty of fascinating additional properties, such as the high power and control over the beam, as well as others. There are other applications, too, which we may see in practice quite soon.

At the METANANO conference, you presented a report on the use of deep learning in photonics. Today, there is truly no field of science that IT has not found its way into. What are the biggest opportunities that new technologies offer you in your research?

Artificial intelligence, and deep learning in particular, are, indeed, having a great effect on many fields of science, including speech and facial recognition, machine translation, self-driving vehicles, and even gaming.

But some of these very powerful, recently developed technologies have various applications in science, too. This field has been expanding rapidly in the last two or three years, and it will be a grand and exciting one for many scientists. In the future, I am sure, there will be many opportunities to use deep learning methods in science and photonics in particular, as many experiments in our field involve numerical modeling.

In other words, we have the opportunity to generate a lot of data – almost any type of data – which we can then use to develop efficient machine learning algorithms. We’ll be able to figure out which algorithms are most fitting for this or that scientific applications. I am hopeful that we’ve learned so far has applications in other fields of science, too.

Let’s talk about lab work… In some fields, neural networks can help design experiments and do some of the preparatory work. Is it possible, in your opinion, for neural networks to do that for photonics researchers?

Yes, I think they can be highly useful in research in general. They can search for new materials, new molecules, or new drugs. In our field, too, I expect there will be a number of possible important applications for them, but that remains to be seen.

All in all, we use many other powerful numerical techniques in photonics. It is not quite clear yet which kinds of research neural networks may handle better than the existing methods that are used today. But what I can say is that we’ve published a few articles about the possible applications of neural networks in the inverse design of nanophotonics devices (one such paper has been published in Science Advances – Ed.). We’ve also shown that when you need to generate many types of photonic crystals with the same property, or if you have a number of different photonic crystals and need to calculate their properties, neural networks can handle that task often a lot better and faster than other methods.

The price to pay in this case is that first, you’ll have to collect and process a large data set in order to train your neural network. But if you know that you’ll be doing a certain task over and over again, then it’s often worth it. It all really depends on what application you have in mind.

In your career as a scientist, you’ve worked in many different fields of study. What is it that motivates you to always change your vector and expand your horizons?

I would say that, for the most part, it is curiosity. It’s interesting to learn new about new things and find new angles on subjects that seem to have already been well-studied. When neural networks began to develop rapidly, it became clear that they have much to offer to the study of photonics, and it’s exciting to figure out precisely which opportunities we will now have.

It’s often said today that, in order to do successful and truly relevant research, you must expand outside your niche field of study. Would you agree with that? In your opinion, what are the key competencies a modern scientist must possess?

That is quite a difficult question because setting any kind of boundary or definition is a challenge. Generally, I believe that it is truly important to be familiar not only with your own field but with one or two others as well. I’ve found that there are always opportunities to be found at the intersection of any two sciences. It never hurts to know about things outside of your area of expertise.

There are reasons to believe that, with time, artificial intelligence will begin to play an increasingly bigger role in research. That’s why I would advise young people to try and understand that subject and learn about at least a few simple algorithms. This way, you’ll be able to look at any task from a different perspective and maybe use machine learning to solve it. And even if you don’t have a full grasp of these tools, you’ll be able to find someone knowledgeable to collaborate with, but you will have a much better idea who and what are you looking for. I believe that young scientists should be open to the new opportunities offered to us by the development of artificial intelligence.

This has been your first time at METANANO. What made you decide to come to St. Petersburg? What has been your impression of the program and the atmosphere at the conference?

The organizing committee invited me to take part in the plenary session, and I was happy to oblige. I was invited to last year’s conference, which took place in September, but couldn’t attend due to my teaching obligations at MIT. This year the conference is in the middle of summer, which is much more accommodating for my teaching schedule. I’ve seen the event program and I can say that it really does look great. There are more than 300 participants, too, which is impressive.

You’ve known Pavel Belov, the head of ITMO University’s International Research Center for Nanophotonics and Metamaterials, for quite some time now. Are you interested in future collaboration with Russian scientists? What kind of research would you want to work on together?

Pavel is one of the many people doing some great work here. We already do some research together with the research staff at ITMO University. Charles Roques-Carmes, a member of my research team, is here in St. Petersburg right now working on a joint project (read more about it here – Ed.). I also know that Pavel Belov’s group is working on a number of interesting projects, and one of them centers on increasing the efficiency of MRI systems. I think that’s a very promising subject, and Pavel’s work on that topic is really great and inspiring.