Natalia Khanzhina, Ph.D. student at the Computer Technologies Department, is the recipient of a scholarship from Sberbank. The fledgling researcher took part in an IT project competition that required her to make a system that would create customized investment portfolios for customers. The program involves deep-learning technology; after completion, it will be adopted by the bank’s system while Natalia herself will have the opportunity to intern in the company’s IT department or even find employment there. 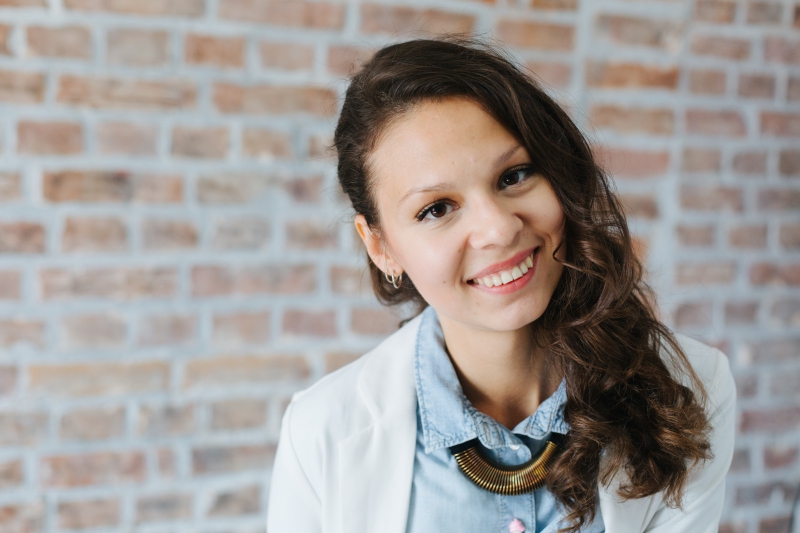 The 12UP competition for Sberbank’s student scholarship was held for the first time ever – participation was open to Master’s students from the program’s 12 partner universities, including ITMO University. To take part, one had to propose a project in one of the five categories: Data Science, Gamification, Cyber Security, Artificial Intelligence or Mobile Development. On the first stage, participants simply needed to describe their project in three paragraphs. Those who passed into the second stage were required to present a short video on their project in the “elevator speech” format. Finalists presented their projects at an event in Moscow to a jury of experts from Sberbank’s cybersecurity, risk management, technology and other departments.

“It so happens that the deadline for applications was on the day of my Master’s thesis defense. So when I got home that day, I sent my application right away – I didn’t even expect it to be approved. More so, at that point I was technically done with my Master’s degree, while the competition is for Master’s students. Still, I got to the second stage and into the final one. My colleagues from the Computer Technologies Department helped me greatly with my project. There weren’t any special conditions for the final competition, but I decided to make a presentation with a detailed description of my project, which seems to have helped me stand out among the other participants who simply responded to the experts’ questions,” – explains Natalia Khanzhina. At the competition, Ms. Khanzhina presented a project that deals with the automated creation of personalized investment portfolios. What this means is that the bank’s clients will be offered options for what to invest their personal funds into based on their transaction history at Sberbank. As Natalia explains, less than 2% of Russians invest into stocks since a lot of people are not familiar with financial processes. In the US, for example, almost half of the population own stocks.

The algorithm for the system will be developed using machine learning technology using deep neural networks. Those are used when the task entails complex, non-programmable functions that are easy for humans but can’t be handled by regular algorithms. A simple example is image recognition. If a programmer wants to teach a program to differentiate between pictures of kittens and puppies, they need to “force” a neural network to analyze the same data over and over again. Simply put, the initial data, having been analyzed multiple times, becomes a set of traits, such as the direction of lines, specifics of forms and colors, certain elements (paws or ears) and others. In the end, the program makes a decision what kind of animal the picture depicts. If the answer is wrong, then the parameters are corrected to account for the error and the process is repeated until the program can identify the pictures with a minimal margin of error. A “well-trained” neural network using parameters acquired through training will work even with images of animals it hasn’t seen before. What makes deep neural networks special is that they are made up of more than three “layers” and special techniques are used for learning. To develop an algorithm that would form personalized investment suggestions, Natalia Khanzhina will use actual data about successful investments made by Sberbank’s clients. She will teach the neural network to compare options offered to customers with the ones that have already succeeded for investors with similar financial habits.

“The task of creating personalized investment portfolios is nothing new in the banking sector, but right now it is not being handled as efficiently as it could be. Deep neural networks are powerful tools that will let us provide customers with highly customized solutions. Such a system might even reveal the clients’ hidden preferences that a consultant at the bank might not be able to discover,” – explains the scholarship winner.

In the end, 12 winners were chosen to receive monthly scholarships for the next two years. Every six months the recipients’ mentors from Sberbank will compile reports on their progress, after which decisions will be made on whether their scholarships will resume. The recipients will also receive support from the bank – for instance, Natalia will require assistance from financial experts who deal with stocks and other types of securities.

“I prefer to work not in “science for science”, but to do something that might be useful to people in the near future. It motivates me. For that reason, I always pick my research based on its practical necessity,” – stresses the developer. Natalia with other participants of the 12UP program

After completing their projects, the winners of 12UP will have the opportunity to take an internship in Sberbank’s IT department, which they toured as part of the final competition. Here, employees and visitors are welcomed with the slogan “Agile Home” in the foyer. The programmers there work in open spaces, where even conference halls are connected to common areas. The office has rest areas and a board game zone; employees work according to their preferred schedule and aren’t obligated to do it behind a desk – after all, the most important thing isn’t how much time they spend in the office, but how well they do their jobs.

“Yet you get the impression that work there is quite intense and the staff are responsible about their tasks. When I went to the final competition, I expected to end up in a strict corporate environment, with everyone wearing crisp white shirts, things like that. But because of the Sbergile initiative, the IT department has a pleasant, stress-free atmosphere. I also enjoyed meeting the other participants in the competition. It’s great that there is so much support for student initiatives in our country these days,” – says Natalia Khanzhina.