Andrey Guk started working at OBIT, the federal company behind the biggest free Wi-Fi network in St. Petersburg, as a sales manager, then gradually rising to the positions of business director and CEO. Over the years, together with his team he brought to life many ambitious projects, including making Peterhof the first public park in Europe to offer free internet access to its visitors. We asked him what’s behind his success and how to make smart career decisions – read on, to find out his answers. 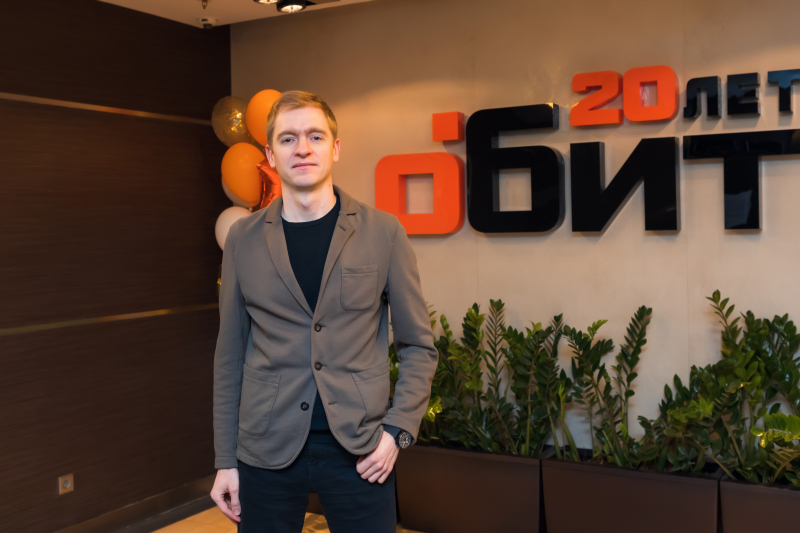 You studied computer technologies engineering at ITMO. Why did you make that choice?

I wanted to be a programmer, so I applied to the Information Technologies and Programming Faculty. But it happened that I enrolled into the then Fine Mechanics and Technology Faculty. For the first two years of studies, their curriculum was identical, so I decided not to worry and then simply transfer to the program that I originally wanted to join in my third year. However, over the first two years I found good friends at my program and got the sense of the university I was at, so I eventually stayed at the Fine Mechanics and Technology Faculty until graduation.

Did you rely on your university training to build your career?

Apart from studying, at ITMO I was actively involved in various student activities: I was a member and then captain of a KVN team, and I headed a student club. The training I got during classes was the foundation for my later gained practical knowledge in engineering, economics, and management – and my extracurricular activities shaped my leadership, management, and presentation skills that now help me be an efficient leader and feel at home in the public space.

You worked as a manager for development while still being a student at ITMO. How did you combine these responsibilities?

Starting from my fourth year, I was both a student and an employee. Moreover, as I said, I had the time to play KVN and head the team. But, as far as I remember, none of these areas was neglected in favor of the others. I think it happened thanks to my flexible timetable, as well as my ability to negotiate and readiness to work at any hour of the day and night.

How did you come to OBIT and what do you think helped you get to the position of director general?

I joined OBIT as a sales manager when the company had been functioning for two years. I didn’t have any far-reaching plans, but I knew that telecommunications are a promising field and the internet was there to stay. I worked a lot and I worked hard, from early morning till night, and that helped me become the best salesperson in the company. No one forced me to do it – I simply set myself the goal of reaching a high income and worked towards it step by step.

Later, there was an opening for the position of business director, and I was offered to take it. I remember how they asked me if I was ready to take the new post, and my answer, without hesitation, was that the company is not going to be doing worse than it was before me. The whole job appointment conversation took no more than five minutes. I later found out that my colleague was also asked the same question but he said that he would like to take some time to think. So I can say that my confidence and decisiveness brought me forward.

I kept working as I had – not waiting for someone to ask me for something or set tasks for me; I set my own tasks and made decisions myself. In time, it turned out that the tasks that I solved were within the scope of responsibility of the CEO – the only thing I couldn’t do was sign some of the documents. So one day I told the owners of the company that it was time I became CEO given that I already fulfilled the respective responsibilities. Importantly, I didn’t wait for someone to notice me – instead, I articulated my wish and readiness myself. At my current position, I keep confidently looking towards the future and I don’t expect neither help, nor advice from anyone.

Many other ITMO graduates are employed at OBIT. Which roles do they take and what kind of tasks do they solve? Would you say they are different from graduates of other universities?

The majority of former ITMO students now work at the commercial departments; many of them take leading positions. But I wouldn’t say that ITMO graduates are fundamentally different from those of other universities. For us, it’s important that in each team there are members who share the spirit and values of the company. I value all of our employees, no matter which university they come from.

You have many business awards. For instance, in 2021 you headlined the Top Manager of the Year ranking by a major Russian news agency. Are these contests and awards important to you?

I am cool with them – these wins don’t move the company or myself forward. Of course, it’s wonderful to see your achievements appreciated. It confirms that you are on the right track and are making the right decisions, but actual business has little in common with such awards. I pay much more attention to daily wins of the company and our staff, while awards are no more than a pleasant bonus.

Apart from managing the company, you also contribute to the city’s infrastructure. For instance, you have implemented a large-scale project in Peterhof. Why are such activities important to you?

Our collaboration with Peterhof started way back when we were working on a Wi-Fi network at Pulkovo Airport and I asked myself if there was a place in the city where we could create a Wi-Fi zone comparable in its size to Pulkovo. Cafes and restaurants didn’t seem big or interesting enough – and then I thought of Peterhof, the face of our city. Everyone who travels to the city wants to see the famous fountains. Moreover, I have many personal memories connected to this place.

As a result, I came to Peterhof with the idea to establish a Wi-Fi network in the park. Elena Kalnitskaya, the head of the museum-reserve, supported my idea and added that she had long wanted to create an online live stream of the main fountain Samson for those who are far away from the city. That was how we started working on a free Wi-Fi network for the park and installed a camera for live streams of the Samson.

Peterhof became the first park in Europe to offer free Wi-Fi to its visitors, and Elena and I received an award from the Government of St. Petersburg for introducing new technologies at museums. Since then we have been supporting and annually expanding the network. Every year, when the park “hibernates,” we disassemble part of the network – and then it reawakens in spring, as the park is blooming.

Last year, we implemented a complex major project on expanding the coverage and improving the signal at the park. The initiative was complex because when working on such objects of historic and cultural significance, you primarily think about minimizing your interventions into the initial image and protecting the architectural landmarks. Our engineers had to be highly inventive while literally establishing connections between the past and the future.

Do you have any rules that you follow in business?

There are not many rules, but all of them are crucial: