The company AGCT, a resident of ITMO University’s Technopark, will receive funding of more than 44 million rubles from RBV Capital Fund. The contract was signed during the Startup Village conference. The company is working on development of a complete cure for HIV. Startup Village also featured the residents of the Future Technologies business accelerator and the “New Generation of Supercapacitors” project headed by advisor to ITMO’s Vice Rector for Research. 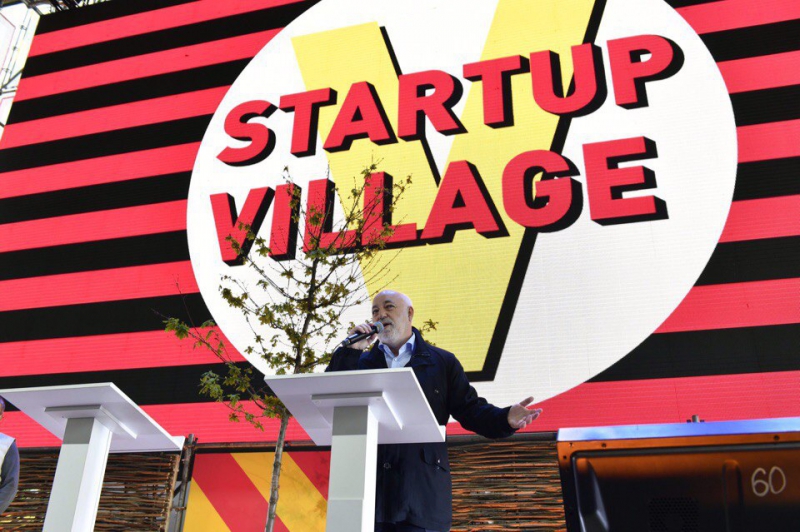 Startup Village is one of Russia’s biggest startup-conferences for technology entrepreneurs. It is held annually by the Skolkovo Foundation and its partners and attracts guests from more than 20 countries. It is a venue for major investors to acquaint themselves with fledgling entrepreneurs. This year’s expo featured approximately 150 projects and nearly 600 business meetings between startups and investors were conducted. The conference also features two competitions. One is intended for companies with revenue of no less than one million rubles (the prize is 10 million rubles) and the other is for small companies (with winnings of up to one million rubles).

The Russian company AGCT, a resident of ITMO University’s Technopark, has signed an agreement with RBV Capital Fund to receive more than 44 million rubles in funding. The startup is developing a complete cure for HIV using an innovative technology of gene therapy based on transplanting stem cells. The basic idea is that the infected patients’ bone marrow gene CCR5 is edited and then transplanted, which results in their blood constantly producing lymphocytes that are resistant to the human immunodeficiency virus. Such lymphocytes lack the special coreceptors that the virus uses to penetrate and destroy the cells.

“AGCT” has only existed for six months, but in that time they have already finished second at Startup Village in 2006 and were visited by Russian prime minister Dmitry Medvedev, who gave it high praise. The company also features in the National Technological Initiative’s “HealthNet” market that aims to boost innovative ventures in medicine and healthcare. CEO of RBV Capital has described AGCT as a risky, but highly promising project. The fund works with startups in biopharmaceuticals, biomedical technologies and services, bioinformational technologies, medical engineering and healthcare. “There is currently not a single product on the global market that uses gene editing technology. The market for gene therapy-related technologies, devices and pharmaceuticals is very new and there’s always a lot of risk involved when investing in projects in a new field. The funds received from RBV Capital will go towards further development of our technology and preclinical trials that are expected to last three years. ITMO University’s Technopark will remain our partner and will help us with finding additional business contacts and funding opportunities,” – comments Marina Popova – CEO of AGCT, MD, PhD, head of research laboratory of transplantology at the biotechnology division within Raisa Gorbacheva Memorial Research Institute of Children’s Oncology, Hematology and Transplantation and an Associate Professor of hematology at the First I. Pavlov State Medical University of St-Petersburg.

Control system for a fleet of public drones

The “Drone Employee” company, a resident of ITMO’s business accelerator Future Technologies, was also present at Startup Village. This company is developing a control system for a fleet of drones using blockchain technology. This means that all the members and agents in a certain process are connected through a virtual network and are all aware of any changes in an agent’s state. In terms of financial operations, this usually means that all members of the network are aware of every transaction. This allows for elimination of middlemen who would need to confirm certain actions. The same principle can be used in drone application. The drones themselves can make “smart contracts” for completion of tasks and register their routes with a dispatch station. Such a system could be offered as a service where anyone can hire a drone for a particular purpose, like, for example, monitoring an area, conducting a virtual tour or making a delivery. The “Drone Employee” project, represented by Alexander Kapitonov, an assistant researcher at Department of Computer Science and Control Systems, was awarded the diploma of a winner in the nomination “Best Mentor-Project Relationship” by the federal accelerator for technological startups Generation S. The project’s mentor is Kirill Slavtsov, senior investment analyst at non-profit organization “Center of Innovation Development”.

“We’ve started the collaboration with our mentor in March of this year. Since then we’ve achieved considerable results. We’re currently negotiating with Center of Innovation Development about making the American branch of “Drone Employee” a portfolio company of the Center,” – says Alexander Kapitonov.

The “New Generation of Supercapacitors” project, headed by Alexander Atraschenko, advisor to ITMO’s Vice Rector for Research, was included in the final list of participants in the contest for small companies.

Supercapacitors could be used in near future to replace lithium-ion batteries due to their higher energy capacity and safety of use and disposal.

Last year the startup has managed to secure an investment of two million rubles from the Innovation Promotion Fund. By that time, the first experimental prototypes of supercapacitors had already been tested at Ioffe Institute’s laboratories that replicate industrial production systems on a smaller scale. Still, the lab technology needs to be adapted for industrial use. Over the past year the startup has made great progress in that area. “Earlier on we spoke of isolated experiments; now we have several batches of our product, all with different specifics and parameters. The second major achievement is that we have confirmed all of the supercapacitor properties measured during our lab tests through independent testing at the “Center of Prospective Technologies and Instrumentation” – this correlates to the fifth stage of the technology’s completion, meaning that it has already been tested in conditions that are close to actual operating conditions. We’ve also come to understand how to adjust the technology to scale and create a plant for prototype production. All these factors have helped us get into the final stage of Startup Village’s ideas contest. We couldn’t take part in the companies contest as we don’t yet fit into the revenue criteria for that,” – explains Alexander Atraschenko.

A smart key for locks

A graduate of the Generation S accelerator, company “Brelock”, also took part in the competition. The startup is developing a smart key for buzzers, access gates and other types of locks and barriers. A special app would let users install electronic locks and open or close them remotely. The product is part of the concept of “internet of things”. The main advantages of the technology is that it can be used to keep track of all the people entering and leaving a space, eliminates the need to carry keys and spend time on finding them and opening locks – all the user needs to do is to pick the appropriate option in a mobile app connected directly to a buzzer or any other electronic lock. “We intend to sell our system in the consumer and B2B sectors. In case of the former, we will mostly target suburban homeowners, in the latter – offices and hotel chains. We’ve already made our first few deals and have received several investment offers,” – says Dmitry Zamaruev, IT expert and one of the project’s authors.

The application period for participation in Startup Village’s contests and business program usually begins in spring. You can stay up to date on the next year’s contests and conference at the event’s website.