Robot Economics: How Industry 4.0 Will Change Our Life

Have you heard of robot economics? Robot economics is the economics of robotization. People have been talking about “robots replacing people” for a long time, but robot economics isn’t just about the automation of tasks – first and foremost it is a system in which humans interact with robots. This technological challenge can open the doors into a world in which all industrial processes are tracked, deals are 100% transparent and pizza is delivered by drones. Yet this future also comes with many risks and unsolved problems. These were discussed at Airalab’s Robonomics-2017 conference last month. 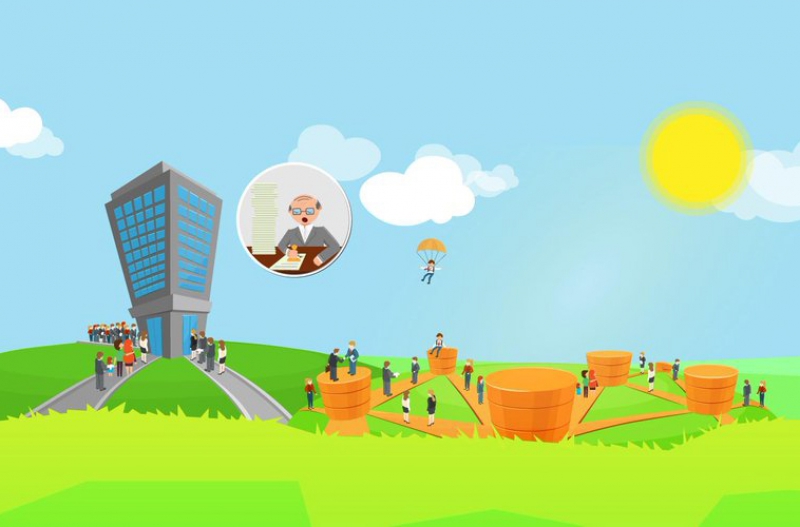 The conference was split into two parts: the first consisted of discussions on the practical aspects of robot economics, such as what knowledge, skills and software are necessary in this field. Participants also discussed the methods of organizing technological and business-related processes that are needed to develop robot economics – in particular, the Agile development technology and the concept of Continuous Integration in programming.

The second part leaned more towards theory. Speakers and guests discussed the adoption of robot economics in “smart cities” and management systems for drone fleets, the various blockchain and bitcoin platforms and their future roles. The “smart contract” system developed by Aira was spoken about, too. Participants also touched upon the legal intricacies of developing such fundraising tools as ICO. You can read more about bitcoin and ICO here.

Robonomics-2017 brought together roboteers, programmers, blockchain and cryptocurrency activists, lawyers and economists. The reason for such diversity of audience is that robot economics will affect everyone and not just those in tech. In the new world where robots can make “smart” deals with humans and each other, new social and economic issues will arise. ITMO.NEWS has discussed this with Alexander Kapitonov, an assistant researcher at ITMO’s Department of Computer Science and Control Systems, who, too, was present as a speaker at Robonomics-2017.

How it will work

The basic feature of robot economics is the making of “smart” contracts between robots and people, as well as robots and robots. To understand how that might work, imagine a vending machine that no longer needs human maintenance. When the machine runs out of snacks and drinks, it sends a signal to the system. The system’s algorithm then orders the required products from the supplier, sealing a contract using blockchain. This is a set-up in which, to put it simply, all participants are aware of all the deals and thus scheming is impossible. Payments for power and rent can also be made in the same manner.

And what if robots can perform not just one specific task, but several? And make contracts with humans? An example was presented at the conference. Imagine a “smart” contract being made for the delivery of cargo by a robot from point A to point B. The robot begins its journey, but, for some reason – say, an unexpected heavy rain – its battery runs out. It understands that it needs an additional charge, which requires a power outlet. It searches the database for nearby power outlets and finds one in someone’s apartment. But that apartment’s owner wouldn’t just let the robot charge there – after all, it’s not their problem and why would they do that for free? Which is why the robot offers them a service in return: to take an additional package from that person for delivery. This is what a “smart” contract looks like. First of all, robot economics would help bring the human factor to a minimum in the execution of any type of services. Secondly, it gives transparency not only to financial operations, but to the entire industrial process.

Alexander Kapitonov brings up the following example: in Europe, the concept of carbon footprint compensation is gaining traction. People are ready to pay more to offset the carbon footprint caused by the manufacture of a product. It is necessary to track the volume of emissions and make the corresponding payment. This money can then be relayed, for example, to a foundation that would distribute it to developing countries where ecological initiatives and projects are nearly non-existent. These countries, in turn, can use these resources to make their production more eco-friendly.

This raises the question: who will keep an eye on the flow of money? It’s simple: only “smart” contracts will be made, while the procedures for controlling the emissions level and adoption of eco-friendly initiatives will be largely automated. A fully automated system can’t be fooled or tampered with, especially when blockchain technology is used to make everything fast and secure.

Robot economics will also serve as a foundation for Industry 4.0. It is the concept of a Fourth Industrial Revolution, after which manufacturing systems, objects and devices will be interconnected and all the processes will become synchronized. This should lead to an improvement of service and maintenance. For example, smart home systems would notify other systems at production plants if this or that appliance is out of order and needs to be replaced. “In the end there will be no separation of humans and robots. We will all become a sort of a bio-cyborg-esque system. In a way, this is already happening. We already can’t imagine our lives without our smartphones,” – says Alexander.

“The Internet of Things has not yet been fully integrated; in my opinion, it is just a small part of the future, as we are now already attempting to switch to Industry 4.0, which will include, among other things, robot economics. As of now, we have more questions than we have answers,” – notes the expert.

What are the main possible issues of robot economics? No, it’s not a robot uprising, as one might think. Although it is difficult to predict what happens once a robot truly becomes self-aware thanks to AI, deep learning and neural networks. Still, this is a question for the far future. What’s more important are the social and economic issues that may arise in the next decade – that is how much time Kapitonov thinks is required for robot economics to become a significant part of our life.

One might wonder: could the world become owned by those who handle the production and control over the robots? After all, someone still has to manufacture them, create their software, develop their algorithms and, surely, rent them? It is likely that, at first, integrator companies will emerge who will provide automated services to other enterprises. Creating systems for robot-to-robot interaction shouldn’t be too difficult: there are some platforms in existence which would be suitable for that process, and their code is open-sourced. Any programmer can use it and tailor it to customers’ needs.

But, when robot economics becomes a crucial part of our lives like our smartphones are today, and becomes integrated into the social spheres, governments and large corporations might want to secure it. They might even want to create a unified center for control and supervision of robots and “smart” contracts. As it was pointed out at Robonomics-2017, this is a very dangerous possibility. Automated buses controlled by such a center, might simply refuse to take you where you need to go if the center doesn’t want it. If the center doesn’t want you to buy a certain product, it will simply forbid robots and store programs from making contracts for purchase of such products. Simply put, there is a possibility of human rights violations. Even the creation of such a center means that it can be taken over and used for malicious purposes. And a malfunction in such a centralized system will lead to a technological apocalypse.

Issue №2: who will pay the taxes?

Another issue is likely: the reduction of jobs. This is inevitable. Audits, risk evaluation, predictions – all of these things can be done by robots. The one thing that remains exclusive to humans is creativity.

“The issue of redistributing resources emerges. Who, and how, will pay taxes if robots have replaced human workers? What should even be taxed? The robots? The processes they execute? It’s important to understand how we can fairly redistribute money in the conditions of full automatization,” – says Kapitonov. Right now, the staff of ITMO University’s Department of Social Sciences and Humanities is starting work on developing solutions for these issues from a scientific point of view. Research on the future economic and legal questions related to robot economics will be conducted in collaboration with colleagues from St. Petersburg State University.

Educational programs in the field are planned, too. ITMO University and its European partners have been awarded an Erasmus+ grant to create an open online course on the topic of Internet of Things. It will also be necessary to develop other programs that will account for all aspects of robot economics – not just the technological ones, but the economic and social ones, too.