2020 has been a tough year for business, but life at ITMO Technopark hasn’t stopped: the year was marked by new clubs and platforms, innovative tech projects, international schools and festivals, as well as a record number of applications for ITMO’s Preaccelerator and Accelerator programs. Here’s what happened in the technology business this year. 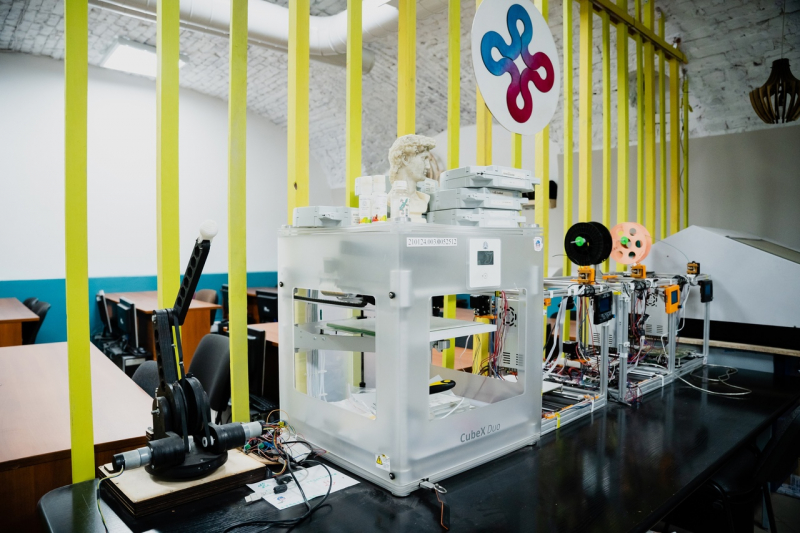 New clubs and opportunities for students

This year was marked by the launch of multiple clubs in the field of entrepreneurship and tech business – Energy Club and GreenTech.Students – as well as a new venue called XLab Technopark.

Meruert Nurysheva, an engineer at ITMO Technopark and head of the Digital Generation club, thinks that the creation of new platforms aimed at developing entrepreneurial competencies of ITMO students was a natural response to the pandemic.

“Our first project during the pandemic was an energy club with its own development concept adapted to our students’ needs. A large student team took an active part in the club’s creation under the supervision of two employees of ITMO Technopark. That’s how we created ITMO Energy Club with the support of Gazprom Neft. The club aims to bring together talented graduates, students, professors, and corporate partners interested in innovations, as well as to promote energy startups and help students begin their career paths,” she says.

Within four months of operation, the club has already hosted its own hackathon, which brought one of the teams a 100,000 ruble reward and an internship offer, as well as become a co-organizer of the Blockchain.Hack hackathon, organized by ITMO, Gazprom Neft, and Innopolis University.

In the next six months, a large-scale international school on sustainable energy will be held at the recently opened XLab Technopark, a new platform under the aegis of ITMO Technopark that allows students to develop their entrepreneurial skills and work on pilot projects. The platform is created within the framework of the cross-border cooperation program between South East Finland and Russia, as well as the TWIN Campus project. The new space has all the devices necessary to work in IT, robotics, and VR/AR: 3D printers, quadcopters, action cameras, VR glasses, and Macs. The list of equipment will be expanded based on the students’ requests.

Meruert Nurysheva says that their idea quickly began to take on a much larger scale.

“The main goal of XLab, as we see it today, is to unite different sides of the innovation and entrepreneurial fields and thereby contribute to the effective cooperation with industrial partners and stimulate youth entrepreneurship and business. Not only do we want to offer the necessary equipment, but we also wish to create teams, coordinate processes, and conduct educational events – hackathons, seminars, meetups with representatives of business projects, and other events on innovation and entrepreneurial thinking,” she notes.

The new club was launched in late December and will soon host two innovative ideas competitions, an ITMO Technopark intensive school on project development, a case championship with the participation of the Case Club, and the Energy Club’s school on sustainable energy.

Despite the closed borders and a lockdown, ITMO continued active work on the programs of international cooperation between Russia and the EU countries throughout the year.

“The BRIDGE project brings together students from ITMO University, Petrozavodsk State University, Murmansk Arctic State University, the Arctic University of Norway, and the University of Lapland to jointly work with companies of the Arctic regions.  This year, we organized for our students a virtual trip to the Republic of Karelia where they helped ten companies draw up strategies for international development. The main goal of this project is to enable students to apply their professional skills in solving real-life cases, and ideally to enhance their employment,” explains Igor Kuprienko, head of ITMO’s Project Development Division.

The Startup Connect project, in turn, will be remembered for such events as the SumIT + Innocamp joint summer school.

“We strive to motivate our students to take part in various international startup competitions, for example, in the competition held in Kotka (Finland) as part of the *Ship festival. It’s the last year of the Startup Connect, so the SumIT International School will now become part of the Twin Campus project,” adds Igor Kuprienko.

This year, the BRIDGE project received the Arctic Award from the Arctic Cooperation as the best entrepreneurial project, and Startup Connect won the Good Communication 2020 award.

According to Svetlana Bazueva, head of ITMO’s International Programs and Projects Office, the focus of the Twin Campus project lies in the development of technology businesses of students and university staff in the border region of St. Petersburg and South-East Finland.

“We create conditions and educational infrastructure for startups and companies, and, hopefully, their promotion to the international market. At the moment, we’re working on mutually beneficial cooperation between universities that would help us develop and promote innovation and technology business. But we’ve already taken a few major steps forward: for instance, we launched the TurboTech Accelerator, which aims to help the creators of innovative technologies to find like-minded people to work jointly on the commercialization and promotion of their products,” she says.

The TurboTech Accelerator took in its first batch of projects about a year ago: there were 35 applications, ten of which were successfully approved.

“At the moment, the teams of two projects already have finished products and are currently developing market entry strategies. Our next goal is to help them begin sales,” adds Svetlana Bazueva.

This year has become, perhaps, the most successful for ITMO Accelerator: it managed to break several records in the number of applications for the programs, attract the largest amount of investments, and hold several joint events with major partners, including the SumIT International Summer School.

Alexey Solomatin, the head of ITMO Accelerator, highlights that the Accelerator’s efficiency markers have increased fivefold this year.

“During this year, we managed to form a funnel of over 1,300 applications, of which 150 enrolled at our Accelerator program based on a competitive selection. The participants attracted over ten million rubles from investors. The Accelerator helped more than 60 projects enter the market. We managed to conduct a joint corporate accelerator with MTS, organized an international accelerator summer school, and prepared an international winter school that will start in early 2021. We also have a strong team of mentors, lecturers, and new employees of ITMO Accelerator. We’re proud of our results,” he says.

This year, almost 500 people signed up for the Preaccelerator’s educational program, and 190 student teams requested support from mentors.

Maksim Makarov, a lead mentor and business consultant, thinks that students are becoming more interested in the opportunities offered by the ITMO Preaccelerator.

“This time it was much more active, perhaps, because more and more people have begun to learn about ITMO Preaccelerator and the success of its participants and graduates. People, in general, are becoming more interested in innovative entrepreneurship. The variety of applications allowed us to select the most promising and suitable projects. I think that it will also help us implement more ideas than usual,” he says.

Neither the pandemic nor online meetups and seminars affected the activity of participants. As Maksim Makarov notes, although both students and mentors were wary of the new format at the very beginning, everything went quite smoothly and organically in the end. Many even found some benefits: for example, it became possible to review lecture notes and teaching materials later on, as well as participate in events from anywhere in the world.

“In 2020, we found opportunities where others saw problems. This year was a tough one: our friends and relatives were seriously ill, we had to adapt to new situations and change our daily habits. But despite all restrictions, our team became even more close-knit and we found many bright, talented, and energetic people who are interested in working with us and creating even more exciting opportunities for our students and staff. For me, the main word of 2020 was “energy” because without it, many initiatives would simply never have happened,” concludes Olesya Baranyuk, deputy head of ITMO Technopark.