Participants of the international roundtable discussion, which was held as part of the METANANO-2017 Conference in Vladivostok, discussed the future of research in photonics and quantum communications in Russia and outlined the goals for scientific collaborations with other BRICS countries. Representatives of various scientific organizations discussed the next steps that need to be undertaken by researchers and the Russian Ministry of Education and Science to make Russia a leader in photonic technologies research. 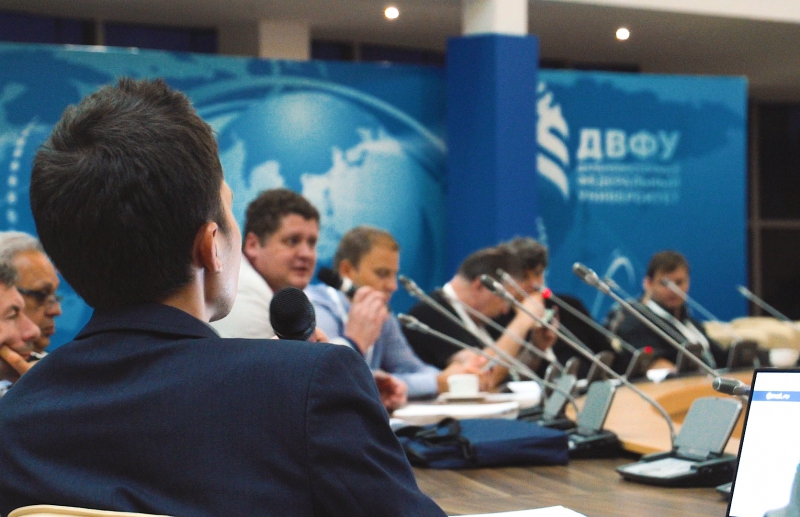 The main trends in the development of modern technologies are Big Data and the convergence of photonics with computer technologies and biotechnology. There is more data every day, and traditional communication channels are nearing the limits of their capacity.

The market needs scientists to develop solutions based on photonic technologies. One issue has to do with the integration of optical systems into various environments for the transmission, processing and storage of data. One of the sub-tasks here is the creation of an optical computer. The next stage is the development of quantum cryptography. Electronic device manufacturers aim to transition to quantum transmission of data in their products. Another relevant task is the development of optical neural interfaces. Scientists need to develop such devices and technology that would let us no longer require sensory organs or replace them – or, even better, to acquire new senses.

At the round table, I would like to hear your thoughts on the possible ways for Russia to collaborate with BRICS countries. The Ministry of Education and Science has charged us with developing a set of guidelines for a road map on the prospects for the development of such partnerships up to 2025. This isn’t just about fundamental research, but also practical projects with an aim for commercial application. I want to note that the currently-existing research and projects align with the tasks set before scientists by the market. However, to solve these issues we need to create international scientific consortiums. Before we start talking about the development of science in general, we need to understand what could help Russian scientists take the lead in photonics and quantum communications – at least among the BRICS countries. Should we focus on a single university or an institution or should we establish global networks and involve Russia’s top universities in them?

Many scientists in Russia work on their own or in small teams. It would be great to start a project that would bring them all together. Right now, everyone is competing for attention and funding. The goal should be to establish a single organization or to somehow synchronize these scientists’ work in order for them to “see” each other and understand what they can achieve together. I know many very capable scientific teams in, for instance, the Moscow State University or in Novosibirsk. But there are no consortiums in Russia right now, but nothing is stopping us from inviting scientists, students, etc. from abroad or, conversely, sending specialists from Russia to join international scientific teams. If we create large “competency centers”, it will be up to them which BRICS country they should work with in their research. Quantum technology is being developed in a non-homogenous way. In some areas, it’s quite advanced and you can buy, basically, a nearly-final product. Other areas, however, are in an embryonic state, where scientists are still figuring things out and solving many issues. This is where cooperation with other countries is beneficial. If someone has advanced in one topic and we’ve advanced in another, we can both benefit from each other’s contribution.

I think that networking centers should definitely be established in a country as big as Russia. I want to propose a specific formula. These might be projects in which a leader is assigned – a specialist in a specific field. They would pick their scientific teams on a competitive basis. They can communicate remotely, as this type of communication is suitable for theoretical research. It’s a bit harder to use remote communication in experimental research. The international practice is as follows: in order to solve global issues, science centers are established, which then apply and compete for funding. Such centers have their own executive managers and, in turn, let potential employees apply for participation. It’s expensive to establish such a center from the ground up, so, for maximum efficiency, in Russia this should be done using the existing science centers as a foundation.

Andrey Rogach, professor at the department of photonic materials and founder of the Center for Functional Photonics (Hong Kong)

If we’re talking about collaboration with the largest BRICS country, China, it’s important to keep in mind that over there they try to do everything by themselves. China in general doesn’t need to collaborate with others as much as Russia does. However, it’s always easier for the Chinese to cooperate on a bilateral basis. If you’re well-known in your field and they know they need you, they will be eager to work with you. As you have correctly noted, it’s hard for Russia to compete with China. And cross-border funding is practically impossible. From my experience in working with Chinese startups, all financial activity requires a legal entity registered in China. When collaborating with China, we need to keep in mind that they will co-finance themselves. To make a conclusion to what we’ve said today: a collaboration on quantum technology with all of the BRICS countries will be difficult for Russia. As the discussion showed, the interactions will occur within Russia or the countries will act as each other’s customers. It is thus important to focus on the creation of “competency centers” and unified science centers to which we could attract international scientists and specialists.