Discussions at this year’s St. Petersburg International Economic Forum often revolve around the development of technology, its effect on future economy, and the increasing role of scientists in the matter. Experts discussed the transformation of medicine, humanity’s destructive effect on nature, cybersecurity, digitization of production and what new educational methods will need to be developed to train new kinds of specialists. 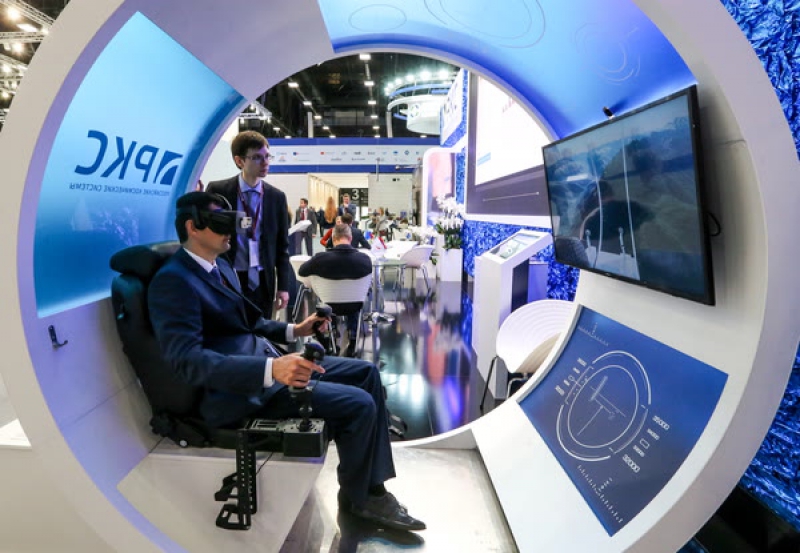 Medical experts identify two trends that will set the course of development of technology in this field: personalized treatment and disease prevention. These two trends are likely to change the very understanding of medicine; today’s medicine is reactive, i.e. an issue emerges and then doctors and scientists react to it. However, a shift towards preventative medicine is expected.

“If we don’t change anything about preventative medicine, by 2050 there’ll be nearly a billion diabetics on the planet. We can’t personalize medicine for everyone right now, but we must start accounting for everyone’s individual traits. For instance, when the connection between obesity and diabetes was established, people started to encourage weight loss and that led to an epidemic of anorexia among young people. Eating disorders lead to depression and hormonal imbalance. Another example: we observed a young woman, 22 years old, who suffered from strong headaches. It turned out she had brain metastases and breast cancer. This happens everywhere. You’ll say “screening programs”, but breast cancer screening starts at 40 years old. Or take prostate cancer: a removal surgery will only help about a third of all patients. We need to move towards personalized medicine if we want to help people,” – said Olga Golubnitschaja, Secretary-General of the European Association for Predictive, Preventive and Personalised Medicine.

Blockchain technology can help create individual patient profiles, says Mikhail Paltsev, head of the Academic Research Center at the Financial University (Moscow). This technology would let people decide who they can grant access to their medical history. The expert has brought up another issue: businesses aren’t interested in investing in preventative measures, such as screening centers. A more profitable investment is, for instance, a proton therapy center. This is where the government’s involvement matters, as it should encourage businesses to develop an infrastructure of personalized and preventative medicine through tax breaks and other bonuses.

At the same time, the increasing number of new technologies for diagnostics, surgery or decision making will not diminish the role of a medical specialist. Doctors will need to develop partner-like relationships with patients and serve as advisers, said Josef Flammer, head of the Eye Clinic at Basel University Hospital (Switzerland). People are just less likely to want to speak with robots. However, there is another important issue that has to be solved if we want doctors to be able to work properly in this new reality, said Dmitry Pushkar, head urologist of the Russian Ministry of Health.

“Medical students who are graduating today can’t use the new equipment. It’s trendy to say that artificial intelligence will do all things medical. But it won’t solve one thing: to use it, we still need doctors. We need to train specialists with fundamental knowledge. When I was a student, we were taught everything and how to work anywhere in any circumstances,” – said Pushkar.

Educational programs at medical universities should include courses that will not only train students to use new equipment, but also teach them to be advisers and assistants to their patients.

“There is still a rift between scientific development and the adoption of new tech in actual medical practice. To transition towards preventative medicine, we need to close that rift. Doctors need to talk to patients about the advantages of new treatment methods because many are still unaware of the advances made by modern medical science,” – said Kurt Krapfenbauer, project leader at the Biomarker Transfer Department of the Medical University of Vienna.

It’s going to be impossible for humans to stay healthy in the world they’ve created over the past 50 years. The damage made to the environment by humans isn’t a myth any longer, but a reality we have to live in. In the future, humans will have to deal with resource shortages, and that’s not limited to just fossil fuels, but also water and food. If humanity stays on its current path, it may all end in bloody warfare over resources, warned Mikhail Kovalchuk, director of the Kurchatov Institute.

“Just two hundred years ago, people lived among nature: they got up with the sunrise, used muscle power and renewable energy sources. As soon as electricity started being used, we started to develop different methods of energy production, starting the industrial revolution. In the past 50 years, we’ve burned more oxygen than over all the previous years of the geosphere’s existence. That’s why we need to start developing nature-like technologies. We have all the pieces of the puzzle from which we can create an image of nature: for instance, we have biotechnologies, where inorganic substrates are integrated with live protein-based detectors; we have solid-state electronics, which let us make systems “think”; and we have cognitive technologies, which study human behavior and brain function, and which let us make technology truly alive. When combined, these three will give us nature-like technology,” – said Mikhail Kovalchuk.

The notion that humans need to start coexisting with nature and not opposing it was supported by Andrei Fursenko, an aide to the Russian President. He brought up antibiotics as one example of the futility of competing with nature. In the mid-20th century, a breakthrough revolutionized medicine and saved countless lives. But even today, doctors are already encountering bacteria that can’t be fought with antibiotics, and new treatments must be developed. For that reason, we need to conduct fundamental research in order to explore the very essence of the processes that occur in nature. Experts mentioned the megascience project XFEL, which launched last year in Germany. The X-ray free electron laser lets researchers observe the creation of chemical connections between molecules, something that has never been possible before.

“We need to think today about how the fourth industrial revolution is going to affect our future. Even today, 3D printers can do the work of entire factories. Because of that, we need to encourage sustainable manufacturing and be mindful of nature in all new endeavors,” – added Bard Al-Olama, head of the Global Manufacturing and Industrialization Summit.

IT, cybersecurity and the digital economy

Digitalization of economy is no threat to the high demand to train more IT specialists. Even today, the demand for talented programmers, web designers, sysadmins, engineers and managers grows. Knowledge of IT is starting to be seen not as a specific skill, but something that should be familiar, at least in some degree, to everyone, noted Elena Bunina, CEO of Yandex.

She also spoke of her company’s initiative for an online educational platform where school students can learn math. Students’s solutions are assessed by software, but the catch is that instead of doing tests, they solve tasks using logic. The system was tested with 100 groups of school students, and their teachers have reported that their homework completion rates have risen, in some cases, up to 100%; meanwhile, the teachers themselves now have more time to spend on, for instance, individual work with their students.

On the topic of cybersecurity, Leonid Reiman, chairman of the board at Angstrem-T, emphasized the need to work not only on the software aspect of the nation’s cybersecurity, but the hardware aspect as well. That is becoming especially relevant with the increase in the number of Internet of Things devices. At the same time, the amount of investments made into cybersecurity startups around the world is also growing worldwide, reported Igor Lyapunov, VP of Rostelecom. There is also a need to increase the population’s awareness of fraudsters who steal data using various devices.

“In the past ten years, innovations have had a massive influence on society: people can’t even let themselves be further than three meters from their phone. It’s important to develop networking and cooperation between the players on the market, between countries and universities, all to develop trust and a common digital culture. That’s the current approach in the world of higher education: universities are no longer closed systems and they have to respond to the social and economic demands of their country, region or local businesses,” – said Emanuel Tric, the president of University Nice Sophia Antipolis.

Among other topics that were on discussion at SPIEF 2018 were the integration of AI and blockchain into manufacturing, natural sciences in new technologies, Internet of Things, smart urban technologies, energy innovations and other topics related to the development of a hi-tech economy.