Food of the Future: What’s to Come?

Join us as we delve into the latest trends of the food industry, projects that aim to prevent disease using food, and see how the food of the future will differ from what’s on our plates today. 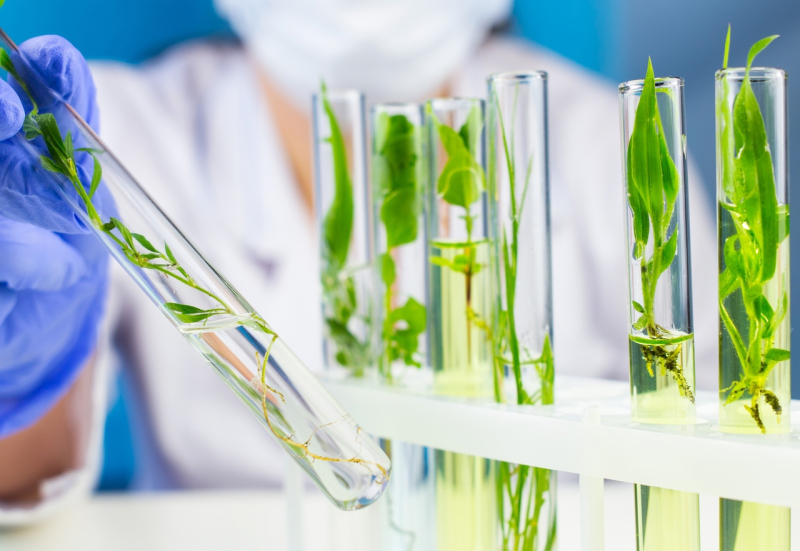 If you were to google “food of the future,” you’d find plenty of articles about insects, algae, sublimated foods, and all sorts of meat substitutes. But even though humans are finding more and more types of foods to consume, we can also improve upon those that are familiar to us. Could these future foods help people lead a more active life? And what role does science play in this?

Many factors influence the development of the food industry: the global economical and political situation, changes in people’s needs and preferences, new food production technologies, and even climate change. For these reasons, it is difficult to predict exactly what food of the future will be like. But it’s difficult to deny that it is an integral part of every human being’s life. That’s why scientists and entrepreneurs alike remain interested in food-related research.

For instance, scientists are working on artificial meat. ITMO University will also soon host the final stage of the Hult Prize On Campus social entrepreneurship competition; its topic this year will also be food and the food industry.

Shape of things to come

“In the future, I see food becoming more accessible from the economical, resource, and territorial standpoint, as well as allowing us to conserve and properly utilize the resources of the human body. It should protect us from negative influences and allow us to age in a healthy and active way,” says Denis Baranenko, researcher and head of the International Research Center "Biotechnologies of the Third Millennium."

According to the scientist, food must not only facilitate the metabolic and biochemical processes within our bodies, but also serve a protective and prophylactic purpose. Food needs to prevent the effects of various external factors – such as excessive solar radiation or, conversely, a lack of sunlight, as well as various environmental influences.

Even though regular, adequate nutrition should be enough to maintain the body’s regular functions, it still needs support.

“Food is indeed our fuel, but it’s needed not only to produce energy. We need it to create the “construction materials” within the body and help regulate biochemical processes. If you have a car with an internal combustion engine, you give it more than just gas; it also needs oil, antifreeze, and brake fluid. You can disregard these things, but then your car won’t live long. A human is a complicated biochemical machine. If you want your body to serve you for many years, you need to keep track of all its needs,” explains Denis Baranenko.

In 2015, researchers in Israel studied 800 subjects over the course of a week and tracked their blood sugar levels. The study showed that each subject’s body had a vastly different reaction to the same foods. This research shows the high potential of personalized nutrition and it might help us understand which foods can assist us or prevent us from achieving certain goals in regard to health.

“I don’t believe it’s possible to make one product that’s healthy for everyone, because we’re all different. Food of the future is when you come to a store or a restaurant, give them your biochemical data, and find out what you should eat today,” says Boris Zarkov, founder of the White Rabbit Family restaurant holding.

“Today, we’re seeing that lines between food supplements and food products at stores are becoming blurred. Soon, these items will be personalized for each person. We can analyze blood biochemistry and microbiota to tell which supplements a person needs. Why not add them to food products, as well?” comments Elena Shifrina, founder of BioFoodLab.

According to her, personalization of food and its enrichment with supplements must take place under the supervision of nutritional scientists and medical specialists, while the diet should be modified every two or three months.

“Modern technologies have allowed us to control enzymes in such a way that we can decide what the product will be like. There are several interesting projects we’re working on in this field. For instance, we’ve accidentally stumbled onto the concept of “sweet protein” and are now putting a lot of resources into that research and working with scientists all over the world. In the future, this could be an opportunity for humanity to kick its sugar habit. The possibility of finding a healthy substitute for sugar is a true inspiration for us. And so far, it seems likely that we will indeed create such a product,” says Sergei Ivanov, executive director of EFKO Group.

According to Denis Baranenko, manufacturers, like always, seek ways to create economically accessible products. While the solution was often to sacrifice quality or even safety of food, today they put more effort into the long-term prospects and make an effort to use better-quality products. Better ingredients are used even on the mass market – for that purpose, manufacturers are looking for new sources of raw material.

To produce foods that can be stored for a long time without the need for preservatives, you need high-quality ingredients and proper procedures. There are many ways to approach the matter of extending a product’s shelf life – and that includes ensuring the safety and monitoring of production at all stages. This can be done using modern information technologies and quality control technologies – such as computer vision systems and optical sensors.

“The eco-label trend, which has been around in Europe for a while now, has reached us, too. More and more manufacturers want to get rid of preservatives and other dubious ingredients. It must be understood that soy protein or palm oil aren’t always a bad thing. Nevertheless, customers tend to prefer to buy another product when they see these words on the label. Manufacturers can’t fight that perception along, so they prefer to just look for other ingredients,” says the scientist.

From test tube to shelf

According to Denis Baranenko, the time it should take for scientists’ ideas to become real products depends on the field of study. For instance, the development of artificial meat was relatively quick.

It’s a different story with allulose, which is currently a hot item in the food industry. It was first discovered in the 1940s, but the first method of its industrial production was only devised in 1994. It was quite expensive, but the development of molecular biology, genetic engineering, and food technologies allowed several production companies to spring up in the 2010s.

“There are things that take decades and there are those that can go from fundamental research to applied research in just a few years,” says Denis Baranenko. “The main challenges for the introduction of such products to the market are conservative attitudes among consumers and possible regulation issues. For instance, in the United States the sale of allulose is allowed and the substance is considered a harmless food supplement; in the European Union, however, it is yet to receive approval.”

As the scientist explains, what’s needed is a shift in food paradigms and the formation of a public opinion as a result of scientific findings. To achieve that, scientists publish their research and spread word of new developments. On the other hand, people notice on their own the appearance of new ingredients and products. It has become easier to find information about the health benefits of certain foods. This happens in science, too, but today’s trendy dietary guidelines are intended for the wide audience. And where there's an audience, there’s a demand.

Sometimes, companies and people emerge that are ready to be trendsetters and change things. They can affect demand, too – for example, take McDonald’s when it comes to fast food or TetraPak when it comes to packaging. That’s why the development of technologies is inseparable from demand.

“Matters of food have always interested people; it’s just that the prospects of its development haven’t always been that clear. Different nations used to adhere to certain diets due to economical or cultural circumstances. But now, globalization is happening and technologies are changing,” he says.

According to Denis Baranenko, a great deal of data is emerging on food-related factors that may protect the human organism from various undesirable developments, including Alzheimer’s disease, cancer, and heart disease. That includes the addition of biologically active substances into food products.

Researchers at ITMO University plan to carry out projects focused on neuro-, cardio-, and onco-protective food products in the next decade. Some of them could also prevent depression and facilitate active aging.

“The subject of life extension is a rather complicated one. The mechanics of aging are still being studied and we haven’t quite figured out exactly why we age. That’s why for now, we can talk about active and healthy aging. We’ll only know how to stop aging when science understands the process itself,” explains Dr. Baranenko.

Functional products with prophylactic qualities are being developed at the International Research Center "Biotechnologies of the Third Millennium."

These products may and will look like regular foods. According to the scientist, a yogurt, health bar, or a pastry can be vessels to which biologically active substances are added. They’re only needed in small amounts and they don’t affect the flavor or aroma of the final product, all while maintaining their properties. This way, the same cup of yogurt would acquire qualities that it wouldn’t usually have.

“The psycho-emotional aspect of nutrition is also important for the body’s proper functioning. We don’t want food to be injected into blood or taken as a pill. We’ll keep eating what we’ve always eaten, but with more attention towards the food’s protective and prophylactic qualities. We wouldn’t want for people to feel like they have to get over themselves and eat something they don’t enjoy. With all our products, we aim to make food that has the same flavor, appearance, and characteristics as it usually does, but with new and different qualities added,” comments Denis Baranenko.

From a manufacturing standpoint, it is also much easier to produce the same product while simply adding a few new components and improving the production process.

“For our part, we’ve done everything to make it possible to manufacture such products in large volumes. What comes next is a matter of investment, promotion, and retail,” he concludes.