Today’s universities institute innovation ecosystems, where they send their graduates equipped with skills necessary for working in a hi-tech company. They create new businesses and jobs in the innovation sector by launching their intellectual property on the market. They also contribute to the development of urban fringes. According to the participants of a roundtable taking place as part of the third BarCamp ‘National Technology Revolution 20.35’, which has recently been held in St. Petersburg’s ‘Tochka Kipeniya’ coworking space, a modern university should adopt the paradigm of ‘changing itself, its environment, and then, people’. ITMO.NEWS reports on the highlights of this discussion. 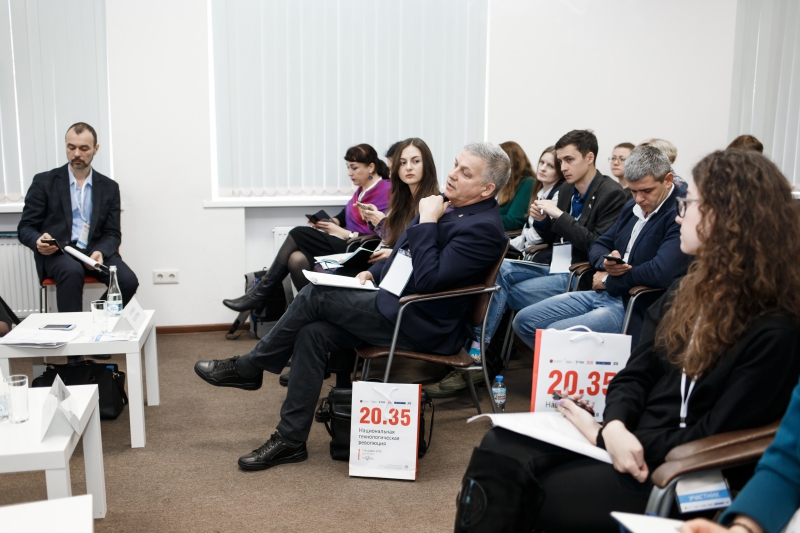 Maksim Gashkov, Head of the Research Department of MTS’ Innovation Center, on the ways for effective interaction with universities

Two years ago, MTS developed a new strategy which suggested a root-and-branch transformation of the company and its exploration of new digital markets. What a company is ultimately equivalent to is people, and products are also defined by people developing them behind the scenes. So if we want to do something new, we either have to hire new specialists or encourage existing employees to start thinking differently.

The new strategy set out that the company has to strengthen its cooperation with universities. But this goal doesn’t only boil down to our hiring the graduates: this option was available before; what we envisage now is to launch new formats of interaction. In a year, we’ve built bridges with 15 Russian universities with the best technological faculties, entered them in our strategies, and decided on the ways of our future cooperation, from research to development. This implies internships and recruitment opportunities for students, joint research projects, and our participation in the events organized by our higher education partners.

Modern universities are very quick in adapting to new tasks, for example, those in the fields of artificial intelligence, digital medicine, Internet of Things, online education, and Fintech, which are also in our point of focus. The universities get involved in our projects and propose theirs, but there are a couple of aspects we would like to see improved. The first is the coherence of our communications: much as MTS itself, our educational partners are large organizations whose own employees don’t always know each other. Moreover, different departments often pursue different interests, so perfecting the coherence of our communications is something all of us can benefit from.

The second aspect to improve upon is the unity of vision. It would be great if we held regular meetings in order to harmonize our individual strategies, for us all to understand what is this we want to achieve by working together. Linear links are of extreme importance in this regard: ideally, such meetings should be held not only at the leadership level but throughout the entire company-university structure with the participation of professors and students alike. The administration, teaching and research staff, and students are three very different communities whose concerns and expectations don’t always overlap.

Our third aspiration is to keep the information exchange going. At the end of the day, when big-picture plans have already been dealt with and major projects are launched, what is left are smaller projects and events that no one ever talks about because they are so hard to notice. This indicates a gap in information exchange which is, mind you, hard to patch up. But if we do manage that, we’ll see a major spur in our cooperation that will become more stable, to boot.

Our key belief as ITMO University team is that we live in the world that is rapidly changing. We want to change with it. In only as little as 25 years, ITMO has undergone an impressive transformation from a local institution of precision mechanics and optics into a world-class university training programming champions. This is a result of the switch to IT we embarked on in the 90’s.

The recent change dynamics has been linked with the overall shift in the approach to universities as academic establishments. Traditional models of education, learning, and producing knowledge that have been in place for the past 200 years have lost their effectiveness; what today’s world needs instead is skills. That’s what led us to the realization that to pioneer real-world market skills, and to spearhead the technology transfer, the university needs to change its profile to the education and research one. This is the reason why we now carry the majority of our work in cutting-edge labs and not stuffy classrooms, conduct commercial R&D, and interact with the industry and entrepreneurs. I myself began collaborating with ITMO University as a venture partner.

Then the university itself started to create startups and took on a role of a business incubator; that resulted in a range of incubation and acceleration programs. Our students have the opportunity to try their hand at business, and our startup residents to take their small innovative enterprises to the next level, make their big debut on the market and then increase their production. Apart from focusing on research, ITMO has now become a major player in the field of business who solves tasks of upscaling successful practices and helping entrepreneurs go global.

It is in the context of this objective that we devised the project of ITMO Highpark, which integrates the whole innovation cycle and lays emphasis on working with the industry. This is not a yet another university campus we’re talking about: it also includes an Innovation Center for the transfer of technologies from the education and research sector into forward-thinking production facilities which will become home to the R&D centers of large industrial companies and implement these technologies developed by the university. ITMO Highpark will encapsulate the entire production cycle, from fundamental research to introduction of new solutions. Such a model is both viable and topical.

Our university is becoming a powerhouse for the new economy. What makes our Highpark stand out from, say, Innopolis or Skolkovo is that our center is institutionally supported by a leading university with a century’s worth of history and accomplishments.

Vasily Tretyakov, CEO of the University of National Technology Initiative 20.35, on the right balance between innovations and the classical education system

NTI University is a platform that allows for creating the perfect blend of traditional education opportunities and novel trends such as individual educational tracks, which are the cornerstone of the educational model we propose. We make it possible for students to build their own educational paths from online courses, unique learning materials, classical disciplines and even participation in business games and other projects. Conventional universities don’t typically offer that, but it is this combination of different activities that can provide students with a set of skills crucial for succeeding in the modern world.

Such format encourages young people to look at their professional and personal development from a different angle. Why do people come to us? To find themselves and figure out what is it that they want to do in life. That’s why our first task is to help them understand their unique way of cognition, their talents, and based on that, a career path that will suit them most. We do this through a set of guidance services. We work with the audience that is moving towards technological innovations and new technologies, so we often suggest them to try on different roles, those of a technological company CEO, or an innovation engineer, for instance, all to make an informed choice on their future profession.

The most interesting aspect of our work for us is to create an environment that will give our students an opportunity to quickly and efficiently gain new skills. We implement a progressive idea of a network university which provides each participant with their own educational track based on the best practices available in the country. That is why we’re constantly looking for and experimenting with new ways of assembling such trajectories. It’s not that difficult to do online provided that we have enough digital content.

In one respect, we’re operating on the level of experimental models; our Island project is, in its essence, one big experiment. At the same time, though, we work with real people, real students, and communicating our experience to the universities: a mindful approach to self-development which we champion will be the next big breakthrough in the field of higher education.

The National Technology Revolution 20.35 BarCamp is an informal education conference which is organized by the participants themselves. The conference is open for participation to everyone and takes place as a series of presentations, lectures, discussions, workshops, business games, and ad-hoc think-tanks. This year’s NTR 20.35 BarCamp was dedicated to the topic of increasing the competitive performance of Russian companies and expanding their presence on the global markets.