The year’s last meeting of ITMO’s Supervisory Council took place on December 13 at the Moscow offices of Yandex. The council’s members discussed the construction and development of ITMO Highpark. 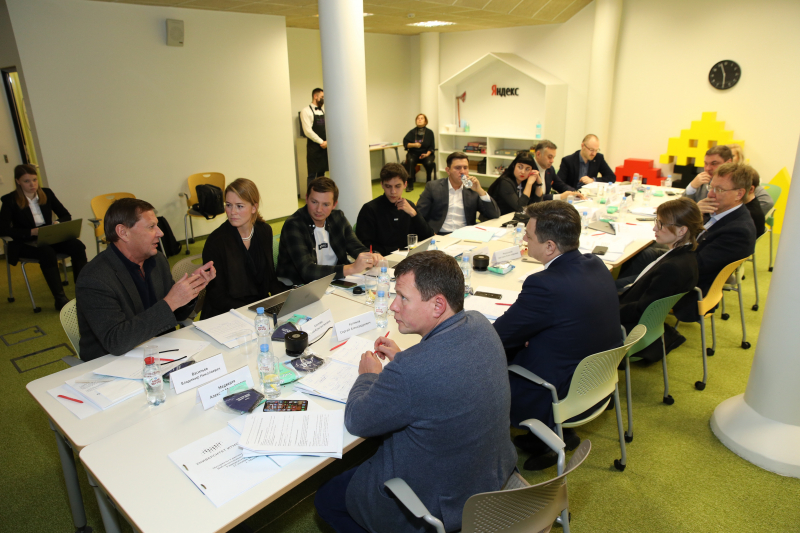 One of the Supervisory Council’s tasks is to help with the development and implementation of the university’s Development Strategy, which, among other things, concerns the creation of ITMO Highpark – ITMO University’s world-class research, education, and innovation center in Yuzhny satellite city.

“ITMO Highpark is the university’s driving force. Around 3,600 Master’s and PhD students will study there. At the same time, it’s important to emphasize that ITMO University isn’t moving, it’s expanding: we will gain the additional resources and power that we need for further development,” said Daria Kozlova, the First Vice Rector of ITMO University and the head of its 2030 Development Strategy.

According to Sergey Kulikov, chairman of the RUSNANO corporation and ITMO’s Supervisory Council, it’s important that projects like ITMO Highpark are able to create reproducible and modern solutions:

“When you build a house, you always want to make one better than your neighbor’s. But ITMO Highpark isn’t just a house or even a campus, it’s a model that can be – and should be – replicated. We must create a community like those at Innopolis and Sirius. ITMO Highpark shouldn’t end up a “closed city.” Openness is one of ITMO’s values that can play a significant role here,” said Mr. Kulikov.

To society, ITMO Highpark is not only a valuable academic resource but also a unique opportunity for collaboration between business and science. Participants of the meeting discussed the specific steps that can be made for this project to become more attractive for entrepreneurs.

“When working on complex projects of this kind, you should keep in mind that trends and preferences may change by the time it’s done. It’s no longer enough to start a three- or four-year construction project and hope that everyone will move there when it’s done. Therefore, it seems to me that before the construction is complete, the project team needs to conduct experiments at existing venues in the city. We should also consider what the key advantage of ITMO Highpark is,” said Andrey Belevtsev, the Director for Digital Transformation at Gazprom Neft.

According to Sviatoslav Oreshin, head of ITMO’s learning analytics team, the key goal of the new campus is to unite the university with startups, foundations, representatives of partner companies, and campus residents – because that’s the only way to make a significant breakthrough in entrepreneurship. Students will receive assistance with their startups, while companies will have the chance to work with young talents and invest into unique new solutions.

Kirill Aleksandrov, head of the university’s Strategic Communications Department, added that the new campus is not so much about construction as about bringing people together and creating an atmosphere. Representatives of the university are currently looking into how its infrastructure could be used to broadcast the values of the campus and how this project might change the image of St. Petersburg.

One of the potential development models for ITMO Highpark is geekland – a place where active and gifted individuals can study, meet like-minded people, find resources for the implementation of their ideas, and feel safe. The creation of such an environment will require efforts in several fields, such as culture and education (the plan is to launch a hobby center, a creative cluster, and a science museum on-campus), as well as citizen science (a platform for high-tech companies to cooperate with ITMO Highpark’s residents and a testing ground for student ideas).

“There’s a new rapidly growing field called CultTech – it’s all about applying technologies in culture, for example, when working with paintings. There are almost no universities working in this area. Many people are interested in St. Petersburg’s culture, so the development of CultTech could be a great way to attract people,” commented Alexander Galitsky, a managing partner of the venture fund Almaz Capital.

Another important element of ITMO Highpark’s ambience are new standards of comfort, which include rational and responsible approaches to natural resources, as well as the promotion of student sports.

“After each meeting with you, I feel inspired and can’t stop thinking about our common project. I’m happy for you and very invested in seeing ITMO grow. Projects around which cities grow are very important – ITMO Highpark hit the trend here,” said Vadim Medvedev, head of the Ministry of Science and Higher Education’s Department for Innovation and Advanced Research

Andrey Nazarov, CEO of ITMO Highpark JSC, provided updates on the construction process and emphasized that as of now, the academic building is fully designed and ITMO Highpark is being connected to the city’s water supply and disposal systems.

“There’s a trend: living outside the city. That’s why the campus isn’t being built in central St. Petersburg. There are many well-off specialists working in fields developed by ITMO University and as their standards of living and demand for comfort grow, they prefer living in private houses. That’s why it’s important to think about the infrastructure for comfortable living in the satellite city,” noted Andrey Styskin, CEO of Yandex Technologies.

After the presentations, members of the Supervisory Council put forward ways to solve challenges that lie ahead. As Daria Kozlova summed up, the meeting allowed the participants to hear the opinions of leading specialists from different fields, which is crucial to ensuring complete synergy and delivering well-thought-out solutions.

“I am very pleased with the session. Having heard some top-tier input from the council members, I came up with a plan that will bring ITMO to a rapid triumph. It's amazing that people from different worlds were able to get together and support ITMO University as one. We are very lucky; it would have taken me six months to collect all these ideas and tasks on my own, but here we identified them in just two hours,” says Daria Kozlova.

The Supervisory council is chaired by Sergey Kulikov, who is also the chairman of the executive board at RUSNANO. The recent meeting involved Andrey Belevtsev, the Director for Digital Transformation at Gazprom Neft; Alexander Galitsky, a managing partner of the venture fund Almaz Capital; three representatives of the Ministry of Science and Higher Education (Alexey Medvedev and Airat Gatiyatov, deputy ministers, and Vadim Medvedev, the head of the Ministry’s Department for Innovation and Advanced Research); Andrey Styskin, CEO of Yandex Technologies; Elena Fedorova, the head of the Interregional Territorial Administration of the Federal Agency for State Property Management in St. Petersburg and the Leningrad Region; Vladimir Avdeenko, head of the Department of Agro-Biotechnology Development at Innopraktika; Vladimir Voloshin, managing partner at Newman Sport, co-founder of IRONSTAR competition and ROSA RUN festival; Andrey Ivanov, SVP of Investments, Research and Education at JetBrains; and Svetlana Merkushina, director of the Department for Audit of Education, Science and Innovation of the Accounts Chamber of the Russian Federation.