OverPro is an online platform for Counter-Strike tournaments. The project was recently named best at ITMO Accelerator’s Demo Day. ITMO.NEWS talked to the project’s founder about its history, new ideas, and plans for the future. 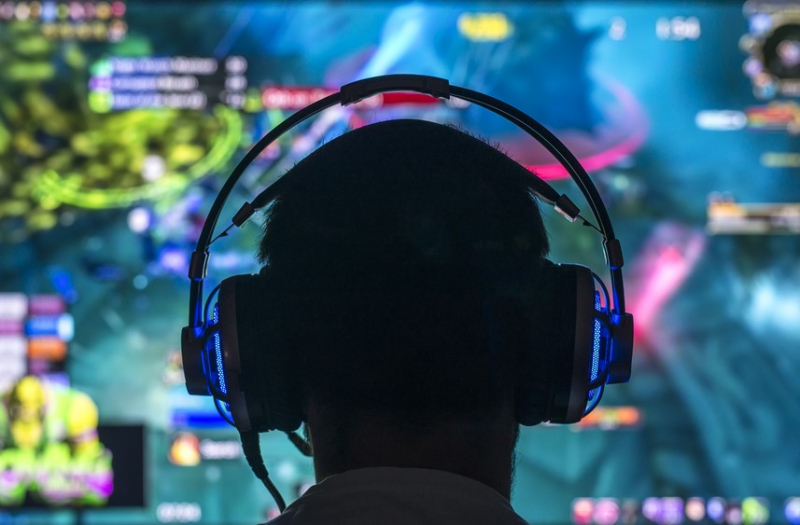 According to Goldman Sachs, in 2019, the audience for esports reached 200 million people, and the associated market – $1.1 billion. At the same time, experts forecast its growth up to $3 billion by 2022. Taking into the account the growing popularity of video games in the times of the pandemic (for example, in the USA, video game-related traffic during peak hours increased by 75%, and Steam saw a record number of concurrent users), this trend can even intensify.

Amir Tomashvili has been working in the esports market for a long time: having begun with organizing regular amateur tournaments, he created a full-fledged online platform for Counter-Strike tournaments. As of today, the entrepreneur and his team, under the guidance of Andrey Rovniy, a team lead at Wargaming, are relaunching OverPro from scratch – for this purpose, they enrolled in a program at ITMO Accelerator and became the best among its participants.

ITMO.NEWS talked to Amir about his business path, its ups and downs, plans on entering the English-speaking market, and new ideas.

In the 2000s, I played Quake III Arena, which is one of the first esports disciplines. I even became Georgia’s champion in 2002-2003. Around the same time, I started organizing micro-tournaments in Quake III, but I remember how 140 people came to our first CS 1.6 tournament at a Moscow computer club despite it starting at 8 a.m. Even the police came: they thought that it was suspicious that so many young people gathered early in the morning. In that moment, we understood that this is what we should focus on.

OverPro developed over the course of several years. At the very beginning, we had no special features, just a website on uCoz.ru. In 2010, we got an interface – our first automated platform for matches and tournaments. This was an innovative feature at the time, so all of the audience came to us. People trusted us, as we had good anti-cheating measures.

The platform was around for several years: 300,000 users registered with us, we organized over three million matches and earned 16 million rubles. In 2015, we had a conflict with our chief technology officer, and he went to our competitors with all our designs. Since then, I’ve been trying to revive our project.

And what other special features did your platform have? Why did the audience prefer to play there?

The key feature that makes us different from other esports platforms is the opportunity to choose your opponent’s level. In a regular multiplayer game, you play with opponents of the same level. This is one of OverPro’s main features – being able to advance your skills with more powerful players. This way, we help solve two issues: the less experienced players can quickly advance their skills by playing with professionals, and professionals can earn money with their skills.

Soon, we’ll add a shop with CS:GO items, as well as an opportunity to compete for them.

In the future, we’ll add several more unique features, including those for tournament organizers, who’ll get the opportunity to use our interface on their websites and domains via the white label system. For example, ITMO would be able to conduct university-wide tournaments not on our platform but on its servers, and direct all the traffic there.

Another product that no one has and that we plan to introduce in a couple of years is an interface for owners of esports teams, which will be used to assemble the teams, sign contracts with players, and share profits with bookmaking companies. We believe that we’ll be able to offer a manyfold increase in teams’ profits: they will advise to make bets on them on our website and get a 90% commission for this.

Who’s on your team?

Not so long ago, I had to do everything by myself: code the functions, design the system. Now, we have professionals responsible for the product. What’s more, they also use what they create. I think that’s an ideal situation: what can be better than doing a product for yourself?

I’ve known our current chief technology officer and co-owner for a long time already: he’s a professional player, coach and captain of the esports team of Russia’s ex-champions in Counter-Strike 1.6; he played on our platform and took top positions in tournaments. Some time back, several months ago, I started looking for developers via our VK community and wrote to him. He was very encouraged by the idea, both because he’s doing esports himself and because he participated in the development of similar platforms.

Among his teammates were a frontend developer and a designer, plus he invited a colleague of his – a full stack developer at Wargaming. This way, we gathered a team almost from scratch. As of now, we’ve been together for only two months, but we’ve already rewritten the entirety of our interface with regard to all the mistakes that we’ve had in all these years.

I do what a CEO should: provide the company with money. Plus I’m responsible for marketing, attracting traffic, establishing contacts with streamers, and I really love these things. Attracting traffic is very easy, as bringing in new users is relatively cheap. Keeping them is another thing, and for that, you need a good product.

When will you launch your renewed platform?

We are currently conducting closed testing, and soon, this month, we’ll begin open testing, as well. The next thing we’ll do will be launching a game item shop, and then we’ll add the opportunity to compete for these items. Towards the year’s end, we are planning to enter the English-speaking market, and next year, we’ll be expanding our target audience to Dota2, PUBG, Fortnite, LoL and Valorant players.

Our goal for the coming six months is to attain self-sufficiency. If we succeed, we’ll start a big funding round: for scaling and creation of b2b products, we’ll need $1.4 million.

Why did you join the ITMO Accelerator?

Our main goal was to find funding. For this purpose, we applied to all accelerators that we could find. This way, we’ve found ITMO Accelerator and succeeded in getting in.

Unlike other accelerators we've taken part in, nobody at ITMO Accelerator made us do anything unnecessary. Everything is simple: they ask you what you’ve done in the past week and what you will be doing during the next. What is the cheapest, quickest and most efficient way to prove your ideas? Such an approach has a huge effect on your understanding of profits, business processes, and helps learn how to facilitate your development and save money at the same time.

Before that, we partook in MTS Startup Hub, where there were lots of meetups and reports. Then again, the people who worked there were very pleasant to work with, but they have a strict corporate culture. And here at ITMO it’s romance for a startup. And the attitude of the mentors is something else entirely. There is a huge difference between someone who is trying to help you sincerely and someone who is doing it because they have to report on it.

Maksim Zaikin, who was our mentor at ITMO Accelerator, is a great specialist who knows how to work with startups and entrepreneurs on a personal level. He was a huge help in identifying the directions in which we should develop. He looked up the business models that are similar to ours and proposed side projects that we can launch in addition to our main one to get more money. So instead of discussing what we might dream of doing, we talked about specific hypotheses.

So did you succeed in attracting investments?

By the time we entered the accelerator, we had already established communication with investors. Using connections found at ITMO, we also made it to the Ingria Business Incubator, where we also established contacts with investors. As a result, we succeeded in securing good terms; Maksim helped us with this, as well. He explained us how to position ourselves, how to manage the negotiations, and organize relationships with teams.