Ammar Ali, a Master’s student at ITMO’s Information Technology and Programming Faculty, took first place in the American National Oceanic and Atmospheric Administration (NOAA) competition where he had to create a model that predicts disturbances in the Earth’s geomagnetic field. 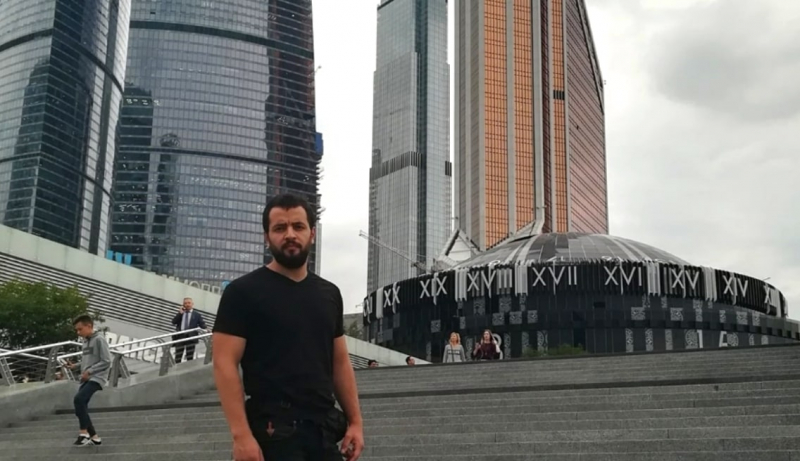 In the MagNet: Model the Geomagnetic Field competition, participants had to create a machine learning model whose forecasts were congruent with the data from the NASA: Advanced Composition Explorer (ACE) and Deep Space Climate Observatory (DSCOVR) satellites. The main challenge was that the model had to process real-time data on solar winds and the magnetic disturbances caused by them.

MagNet has a clear practical importance: models suggested by participants will help make better forecasts and effectively deal with errors in spaceship navigation that is directly affected by geomagnetic disturbances.

Ammar Ali, second year Master’s student at the Information Technology and Programming Faculty, succeeded in creating the algorithm for real-time satellite data processing that had the smallest amount of errors when compared to the actual satellite data.

According to Ammar, he only started taking part in machine learning and data analysis competitions three months ago – he found that it was an additional and rather effective way to master these skills. He noted that his main motivation was not the prize money ($15,000) but recognition of his competencies.

“Naturally, I was very pleased to win a contest of this level – supported by NASA themselves. Their involvement with the competition actually persuaded me to participate. I got into machine learning two years ago and I thought that such contests could be really useful in my studies. That’s why I started looking for them on Driven Data – this resource has many projects in data science,” he says.

After acquiring his Bachelor’s degree from Tishreen University, Syria, Ammar won the grant to study in Russia and settled on ITMO. Having studied mechatronics and robotics, he decided to continue his training with a computer technologies program. He admits that he had simply always been interested in programming and even took part in various contests, including ICPC.

It was his thesis supervisor, Alexey Kashevnik, that suggested that Ammar study machine learning. Now, Ammar Ali is working on a computer vision-based project that monitors a person’s physical state – this technology can be applied to monitor the behavior of drivers and create an intelligent support system. For instance, the system will be able to detect when drivers get distracted by smartphones and send them reminders to focus on the road.

“When I was accepted to ITMO, I wanted to study computer vision and image processing. Alexey Kashevnik recommended me to get into machine learning. He gave me that initial push, for which I am very grateful. At first, I worked on machine learning but only in the context of computer vision, and then I developed an interest in other data types – visual data, facial  and speech recognition technologies, topological data analysis, and navigation, etc.,” continues Ammar.

He admits that he really likes it at ITMO and thus has already applied to one of the university’s PhD programs to continue developing smart drivers’ assistants. For now, he decided to take a break from competitions at least until he completes his Master’s program