The final results of the International Collegiate Programming Contest – ICPC World Finals Moscow have been announced. ITMO University was represented by the Standard Deviation team – this time, Gennady Korotkevich, a PhD student of ITMO University and one of the most prominent programmers in the world, took part in the contest as a coach, not a team member. 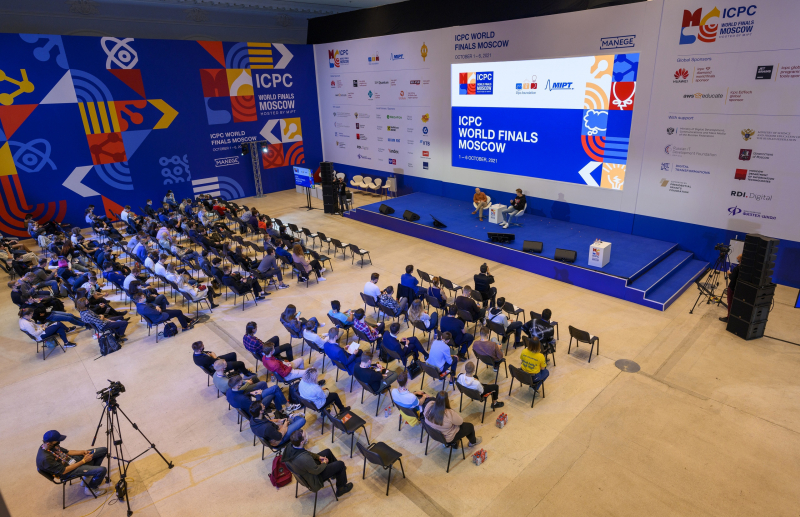 The first place in ICPC World Finals Moscow was taken by the team from the National Research Lobachevsky State University of Nizhni Novgorod, the second – by Seoul National University, the third – by ITMO University, and the fourth – by Moscow Institute of Physics and Technology. All four winning teams received gold medals.

“Overall, our team is satisfied with the results. I’d say, we did our very best. Yes, we could submit another solution and then we’d win. But we mostly focused on H (interactive tasks) and L (tasks on probability theory) problems. For interactive tasks, we had to interact with the jury’s program: not simply make calculations and then receive the result, but ask the program to reach the final answer. It’s typically harder to solve such tasks, especially if the right idea doesn’t come to your mind straight away,” says Nikolay Budin.

The final stage of ICPC took place in Moscow for the first time ever. The competition gathered together participants from 42 countries. Russia was represented by 15 teams, including those composed of ITMO University students.

You can learn more about the rules and history of this programming championship here.