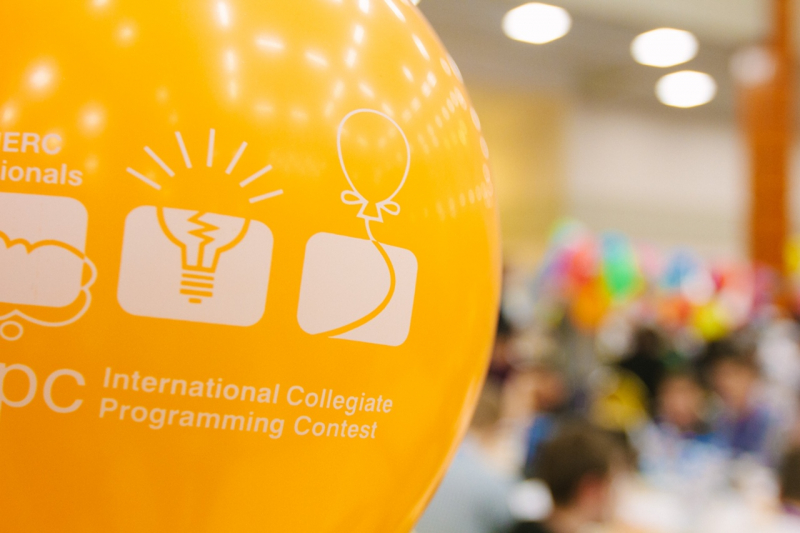 “The competition was organized as well as it could ever be. The jury prepared some interesting and complex problems. Of course, much of the competitive atmosphere was lost due to the online format. Indeed, communicating with other participants, exchanging ideas, and discussing problems are important elements of the competition. But we’ll catch up during the offline stage,” comments Nikolay Budin.

Nikolay also says that during the online stage, all teams were allowed to use multiple computers at the same time, whereas traditionally a team would only be allowed a single computer. Thanks to this, the participants could work on their solutions in parallel. The jury, in its turn, prepared more problems and made them harder. There were 15 problems overall, while usually, according to Nikolay, there are about 11-12 of them.

“Of course, we had been preparing for such a format since the moment we found out about it. The quarterfinals were also held in the same format, so it wasn’t a big problem for us. Personally, I was less nervous during the online competition than during large on-site gatherings, where you can see your opponents working on problems. So it was easier for me to concentrate on tasks,” says Nikolay Budin.

During the 2020/21 season, the format of all competitions in the Northern Eurasian region has changed. Due to the epidemiological situation they are held according to special regulations. It was decided to split the Northern Eurasia Finals into two stages: online and offline. The winners of the online part of the competition are invited to participate in the offline stage, during which the final winners will be determined. They will represent their region in the ICPC 2021 finals. The offline stage will be held some time between April 1 and August 31, 2021. The precise date will be announced no later than a month beforehand.

A total of 50 teams made it through the online stage. The full list is available here. In order to participate in the offline stage of the Northern Eurasia competition, the teams will compete at one or several (if international travel will remain unavailable) locations.

According to Nikolay Budin, the team will now continue to practice in the conventional format, as there will be no more online competitions during the season.

The International Collegiate Programming Contest (ICPC) is the largest and most prestigious sports programming championship in the world and has been held for over 40 years. The number of participants and countries involved grows every year. For example, in the 2018/2019 season, more than 50,000 of the best student programmers from 3,233 universities representing 110 countries competed in the ICPC qualifiers. ITMO University is the only university in the world whose teams were named world champions seven times.

In order to get to the ICPC finals, teams have to go through a multi-stage competition during the regional stages. According to its rules, all universities in the world are divided territorially into regions where the semi-finals are held. The largest regions are also divided into subregions that hold their own quarterfinals.