On November 13-17, the city of Pula (Croatia) hosted the 5th World InterUniversities Championships, which saw students compete in a wide range of sports. ITMO University was represented by two teams vying for the main prize in the tennis and chess categories. In the team event, ITMO’s chess players managed to win silver in the prestigious competition. ITMO.NEWS met the team’s members to talk about their experience and being part of the university’s chess club. 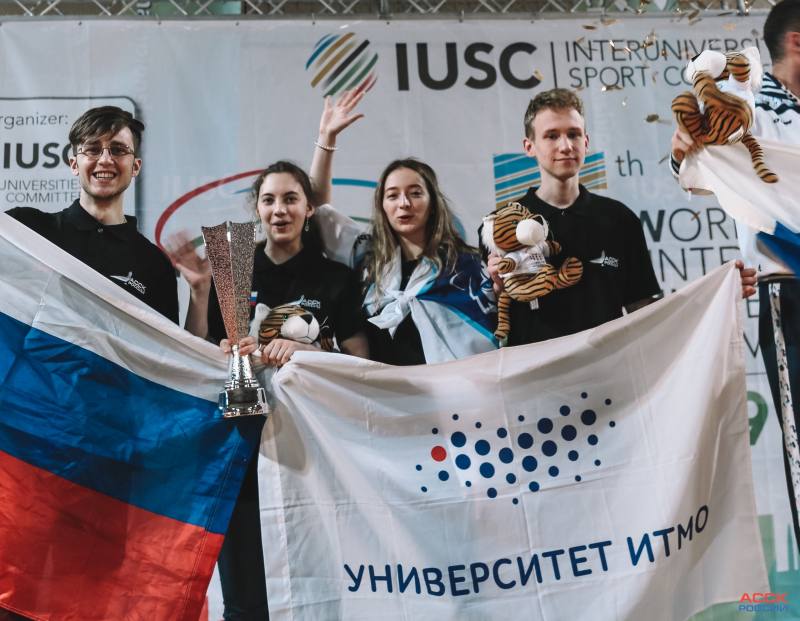 Competing in Croatia and a visit to Italy

Competing in the chess category of the 5th World InterUniversities Championships were eight teams from Europe and Russia. Both Russian teams hailed from St. Petersburg, representing ITMO and St. Petersburg Mining University respectively.

The teams were mixed, including both women and men, as the gender ratio was such that women didn’t get their own sporting event. Based on the results of the two tournaments, one team and one individual, the first place was secured by the team of St. Petersburg Mining University, while ITMO’s chess players came in second. The bronze went to a team from Belgium.

“This was my first international competition abroad, and it wasn’t the biggest one as the chess category was one among many other sports sections featured. Nevertheless, it provided me with was a unique experience of communicating with my international colleagues. I’d like to see more universities, and hence more teams, participating in the championships: this would make playing and witnessing the process more interesting. I had really strong competitions, which motivated me to dedicate more time to chess training when I return home. I’m studying to become a programmer and already working a little bit, and I find that my hobby undoubtedly comes in handy in all I do because chess help you develop your logic and teach you to think several steps ahead, which is a very useful skill for a programmer,” shares Alexandra Zhurbova, ITMO’s chess team member and fourth-year student at the Faculty of Software Engineering and Computer Systems.

According to the students, the competition took place in two days, and their remaining time was spent walking around the city and talking with the representatives of other teams.

“Apart from the competition, what I’ll remember for a long time is our visit to Venice. It so happened that we visited the city during the floods, which are being much talked about, and I’ve seen it all with my own eyes. I’ve been playing chess for nine years, and since my childhood, I’ve had a dream of becoming an international master in this sport. I practise every day to achieve it: I study up on tactics, solve tasks, play blitz chess with others online, and read chess-specific literature. I’m in my last year of Bachelor’s studies, I plan to do my Master’s at ITMO later on, but I’d like to opt for something applied: I don’t see myself in science in the future. I’d also like to continue playing chess, participate in tournaments and grow as a sportsperson. It’s important to note that the new manager of ITMO’s chess club gave us a lot of organizational support in making this trip happen, we wouldn’t have made it without him,” says Roman Volkov, ITMO’s chess team member and fourth-year student at the Faculty of Photonics and Optical Information.

The students shared that this year, their team got a new manager, Ivan Zakharikov (third-year student at the Faculty of Food Biotechnologies and Engineering), who carries out the organization of tournaments at ITMO and promotes the club, runs its VK group, helps the members with competition applications and other paperwork. ITMO.NEWS met Ivan to find out what motivates him, a tennis player, to promote a chess club.

Ivan, was it by your own initiative that you became the manager of ITMO’s chess club?

Yes. I used to play chess before, even was a candidate master at the beginning of my university studies, participated in tournaments, but then gave it all up. All of my time now is spent on studying and working. I started to miss chess at some point, and got this urge to reimmerse myself into that atmosphere, not as a player, but a manager. Last year, I got additional education in the field of sports events organization and management, so I know first-hand how this process should be conducted, and that’s why I decided to help the team. Unfortunately, chess doesn’t get enough of the university’s attention: the tournaments are few and far between, the team doesn’t have their personal coach, so I decided to apply my own skills to develop this club.

Did you go to the competition in Croatia?

I did go as part of ITMO’s tennis team. We took fifth place. But parallel to that, I spent a lot of time with our chess team, helped the members to gear up for their games. Their performance was great, but I’m sure that analyzing the games and further training will allow them to improve on their results.

What do you think about World InterUniversities Championships in general?

All in all, I liked it there. There were some mishaps, for example, the interaction between the organizers and judges could have been better coordinated, and their PR is somewhat lacking because not so many people know about the competition. We, too, hadn’t heard about it before, it’s just both of our teams won the Russian championship in Kazan and were automatically enrolled in the international competition.

What does your managerial role give you?

It provides me with new acquaintances and opportunities for communicating with different people, self-fulfillment, and professional growth.