Smart Cane and Quantum Physics In Water Drops: Projects by ITMO Students at Youth Awards in Science and Innovations Finals

The event for school and university students is conducted annually by National University of Science and Technology MISiS with support from the Ministry of Science and Higher Education of the Russian Federation. This year, the contest took place in an online format: the participants had to record short video presentations of their projects. 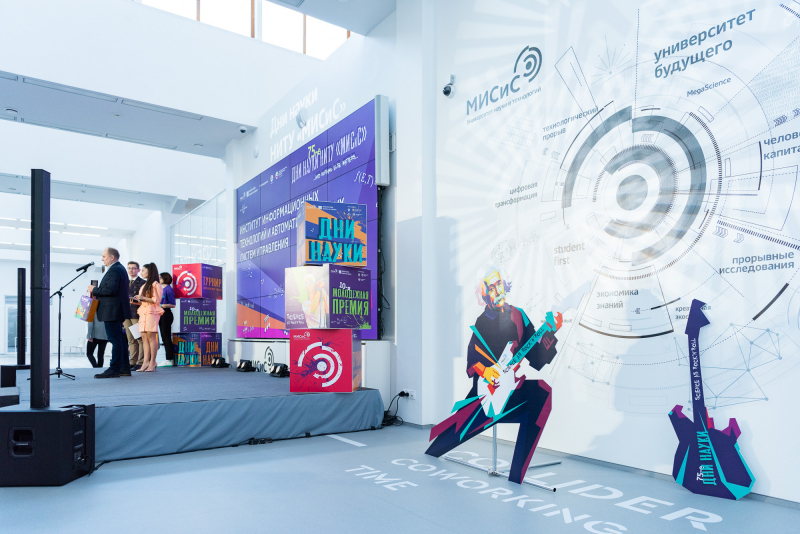 Some 500 videos by students from 98 universities and over 80 schools of Russia, Belarus, Uzbekistan and Kazakhstan were submitted to the contest. Representatives of the Russian Science Foundation acted as experts and the prize money was provided by the Art, Science and  Sport Charity Foundation.

Master’s students from ITMO’s Faculty of Cryogenic Engineering Dilnaz Akhyarova and Maksim Nazin got fourth place for their project “Robotized smart cane for visually imparied people with transmission of geolocation on request and identification of obstacles” . And Bachelor’s students of the Faculty of Physics and Engineering Vladimir Igoshin, Maria Zimokha, and Anastasia Nikitina got into the top-10 in the “How the world works” category with their “Quantum physics in water drops” project.

ITMO.NEWS asked the students if they are content with their results, whether they are willing to develop their projects further, and what they are going to spend their prize money on.

Maksim Nazin and I learned about the contest from ISU. We already had a project we wanted to try at an event and this contest suited us perfectly. We spent a year developing the smart cane; truth be told, we were just interested in working with Arduino controllers. We assembled simple robots and then we wanted to do something meaningful, something that can really help people. At first, we thought about constructing a full-fledged robot guide, but that didn’t seem practical, so we focused on the smart cane.

The cane can identify obstacles, their location and height, and communicate this information to its owner via sound signals. It can also send its coordinates to the owner’s relatives using a special bot on their smartphones. You can learn more from our video presentation.

We never tried to record videos before, but we thought that it wasn’t hard and we should try it. We made two attempts at shooting the presentation. The first took a whole day: we spent a lot of time looking for a location, made several takes — but after watching them at home, we understood that we were not going anywhere with them. So, we decided on a new date, found a new location, and this time everything went well. My little sister helped us with editing –  she’s well-acquainted with the associated software.

We believe that our results at the contest are quite good for a first attempt. But much as any other, we aim for the first place, so we plan to participate in similar events in the future. We got some prize money this time, which we want to invest in our new project; we already have some ideas, but now it’s still too early to talk about them.

As for this project, the smart cane, we had applied for participation in practice-oriented R&D financed by ITMO University. We had ideas on improving our project, but we didn’t get the funding. We also applied for another contest; if we succeed in getting the financing, then we’ll continue to develop the cane.

second year  student of the Bachelor’s program in Technical physics

We learned about the contest from Maksim Korobkov, a project activity coordinator at our faculty. For us, this was like an adventure: we had less than two days before the application deadline, so we had to work fast. Filming and editing the video was quite difficult, as it was a totally new experience for all of us. We had to choose the location, come up with a scenario, write the script and edit everything in such a way that we won’t be ashamed to show our creation to the jury. We didn’t have anyone to help us, so this is something we did on our own. It took us one week; it was hard, but very interesting. I have to say that we got great pleasure from discussing the script, the location, and the editing.

By all means, we are content with the result. Being among the award winners of such a large-scale contest feels really good. But we all keep thinking, “What if we had a little more time to prepare? What if we took the first place?”. So, there's room for growth, and we want to continue participating in such contests. This is a great opportunity to show our skills, and also something to include in your CV.

As for our project, we’ve been working on it for a long time already, from our first year at the university. We presented it at many places: the Science Day at Saint Petersburg Lyceum 239, the Open Day at ITMO, and so on. The story behind us starting to study the physics of water drops is quite interesting. During his tenth year at school, my friend and colleague Vladimir Igoshin had a practice class at the St. Petersburg Polytechnical University. And one time, he stood there watching the fountain with a classmate. They started arguing: are the water spheres that bounce in the fountain water drops, or air bubbles? Vladimir thought they were the former, and he was right. And when they offered us to choose a project topic during our first year at ITMO, he remembered this story and proposed this one.

So, we decided to see whether there are opportunities for studying these drops and it turned out that this phenomenon is being actively researched. We learned that there are lots of interesting physical phenomena and effects associated with bouncing drops and that  impressed us greatly. We are still interested in this topic, but we want to develop in other fields, as well, because focusing on one single research topic doesn’t seem very sensible.

The video presentation became our first attempt at science communication, so I can’t say we got what’s what in this field. But we really liked both the process and the result we got. On the whole, it was a very interesting experience, and if we get an opportunity to do a video or an article on other interesting phenomena, we’ll be happy to take this chance. But we don’t consider doing something like a YouTube channel, as we don’t have a large enough amount of information that we could share and talk about on a regular basis.