Every year, the International Festival of Architecture Zodchestvo reviews national achievements in architectural and urban development in the cities and regions of Russia. 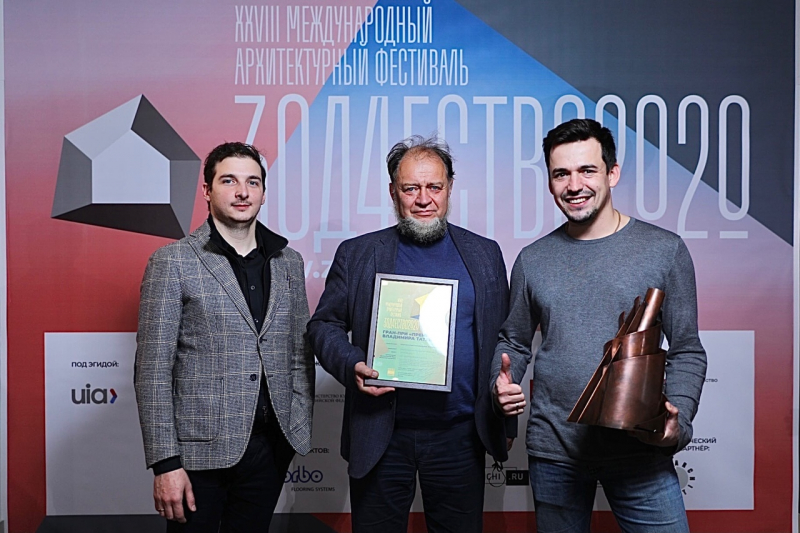 The team won the high prize for their concept design for ITMO Highpark. This project also got them the golden mark of the festival.

The 18th International Festival of Architecture Zodchestvo took place on November 11-13, 2020 at the Moscow Gostiny Dvor. The annual event is organized by the Union of Architects of Russia with support from the Government of Moscow, the Russian Ministry of Construction, Housing and Utilities, the Committee for Architecture and Urban Planning of Moscow and the Union of Moscow Architects.

Among the event’s key goals is to provide a common space where specialists from different fields can communicate and exchange experience, as well as discuss the current issues of architecture and urban science in Russia. Its other purpose is to help establish a dialog between government officials and members of the professional community.

ITMO Highpark project is ITMO University’s new science, education, and innovation center in the Pushkinsky District of St. Petersburg, situated over an area of 100 hectares and including nearly 260,000 sq.m. of infrastructural objects.

The project’s mission is to unlock human potential and establish an ecosystem conducive to the growth of talent, quality of life, and capital. The university’s second campus will serve as a place for professional and creative development of students and staff. Its educational activities will focus on Master’s and PhD programs that lean towards practical research and its commercialization. The project’s scientific focus will encompass R&D in technology-intensive fields such intelligent technologies and cyberphysical systems, photonics and quantum technologies, and biochemical technologies.

In July 2019, the architectural bureau Studio 44 was picked to develop a concept design for ITMO Highpark.

Their tasks included the development of indoor and outdoor public spaces, design of the campus territory and its street network, and development and ratification of design documentation with the relevant authorities of the following areas: the main academic building, two dormitories, and a student club building (read more about the development of ITMO University's new campus here).

In May 2020, the first stage of the complex ITMO Highpark project was presented to a council of the St. Petersburg Government.