How to fly using optical illusions, why white clothes glow bright under UV light, and how to put planes in the air with the energy of light – these and other things are explained at the Svetoskop Museum of Fascinating Physics, which has just opened in a new public space in the town of Kronstadt near St. Petersburg. Supported by ITMO, the museum helps its guests not only experience, but also to get to the bottom of various optical and mechanical phenomena – and even stage their own experiments. 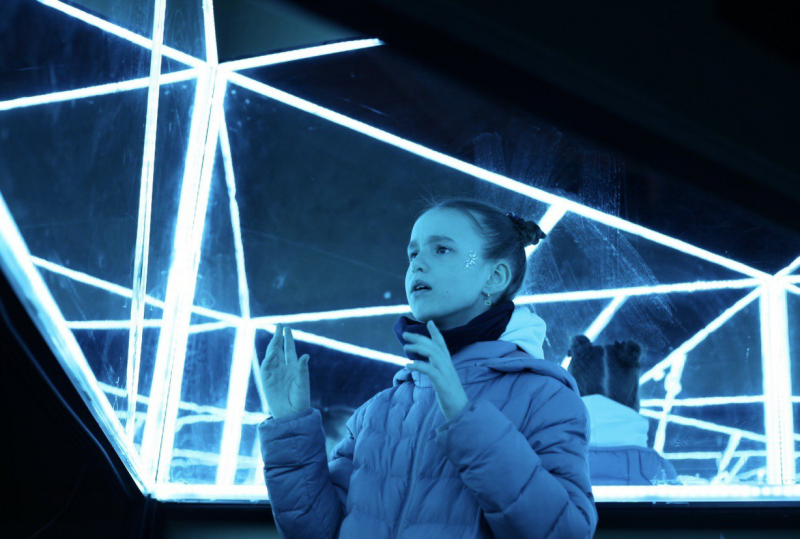 Kronstadt is one of the most rapidly developing tourist destinations among St. Petersburg’s suburbs. The city is commonly visited by families and can boast a slew of museums and other points of interest related to its history as a naval port. But there is a palpable lack of educational spaces focused on science and technology. Inspired by the Finnish science museum Heureka, Evgeny Zhmaev (deputy CEO of Pasteur Pharmacological Association) and his brother Sergey decided to remedy that issue by establishing the Svetoskop Museum of Fascinating Physics.

“We want to make kids interested in science and tell them about it in detail while keeping things accessible and trustworthy. But our main responsibility is to support their interest and make them curious about studying the nature of our physical world. If we succeed in making them excited about that – about being able to describe the world in simple formulas and taking a step from simplicity to complexity – it’ll be a major cultural achievement,” says Evgeny Zhmaev of the new venue’s purpose.

To develop the museum’s concept, its creators turned to Sergey Stafeev, the head of ITMO’s Center for Exhibition Planning and scientific supervisor of the university’s Museum of Optics, who has spent over 15 years organizing scientific exhibitions. According to Prof. Stafeev, the way to get kids interested in science is to follow the principles set up by the early 20th-century science popularizer Yakov Perelman. And one of the best options for doing that is to establish a scientific museum for children aged 5-14.

“Before grades five and six, it’s too early to have serious conversations about physics. It’s a time when children still have the motivation to explore the world and already possess the necessary basic knowledge. High schoolers have different concerns: they’re getting ready for university and thus aren’t as driven to learn new things about the world they live in. So, we want to make the most of that moment when kids are still curious and plant the seeds that, perhaps, will give fruit later on,” he explains.

Unlike other museums and exhibition spaces, Svetoskop doesn’t just cover the laws of physics, but the different optical phenomena, too. You’ll need a ticket to see most of the objects, but there are few that visitors can see for free at the entrance. There are, for instance, anamorphic images that can only be discerned through reflections in a cylindrical mirror; Van de Graaff generators and Tesla coils; a lenticular 3D image of the Mad Hatter; Russia’s only petrol-powered outboard engine for a kayak from the 60s; and a selection of classic optical illusions.

The main exhibition is split into five themed rooms, with the first dedicated to stereovision. Here, the visitors can learn about the various ways to create voluminous images, first produced by the Italian scientist Filippo Brunelleschi. Among the exhibits are holograms, lenticular images, 3D TVs, and a promovisor. Especially impressive are the 3D images of real objects – a wolf and various Faberge valuables.

Next, the guests find themselves in a forest of fluorescent strands which, thanks to ultraviolet light, accumulate energy and produce a colorful effect. In the third room, one can try finding their way out of an eight-sided mirror room, find their face in a giant kaleidoscope, or even fly (using an illusion). The fourth room is themed around light and color, and here the kids can learn to start up a plane engine using light by converting it into power – or see how transparent things become colorful in polarized light.

The final room revolves around various mechanical effects: levers, cogs, and pendulums. The visitors get to solve Leonardo da Vinci’s mirrored codes, play around with drawing via reflections, and have fun by merging faces.

All in all, there are 55 display items at the museum. The concept and layout of each room, as well as the descriptions of each item, were prepared by Sergey Stafeev, Daniil Sharov (an engineer at the Center for Exhibition Planning), and Elena Bobritskaya, the head of ITMO’s Center for Technological Entrepreneurship.

The items aren’t just there to be looked at – touching them is part of the experience, too. According to the creators, this is intended to give the guests a better understanding of the various phenomena.

“We want to do our best to popularize science, and in order to do that we must maintain a balance between learning and entertainment. That’s why almost every room includes something that kids can interact with. They can spin cogs, play with pendulums, yank on various levers, point flashlights at solar panels, or spin pedals to produce energy and activate holograms. If you interest a kid with something like that, they’ll start asking: “How does it work?” – which should help the adults educate them on these subjects,” says Sergey Stafeev.

The museum has been open for almost two months now, but its authors are already planning to expand it. For instance, the museum will soon host various educational seminars. In addition, the collection should soon include new objects, while a mobile app should allow visitors to listen to detailed descriptions of each display piece. In the future, Svetoskop will also include a room for physical experiments that can’t be performed at home.

“A demo lab is a huge step towards understanding the real world. Even with a phenomenon that has long been studied and a set-up that’s been tested, your results will always differ from those of others. Then there’s the matter of processing methods, statistical error margins, and reproducibility. In the end, kids will acquire an understanding of how knowledge is produced, what defines the scientific method, and how facts differ from artifacts,” says Evgeny Zhmaev.

The Svetoskop Museum of Fascinating Physics is open from 12 PM till 7 PM every day except Monday; more information, including the location and ticket costs, can be found on the official website (in Russian).