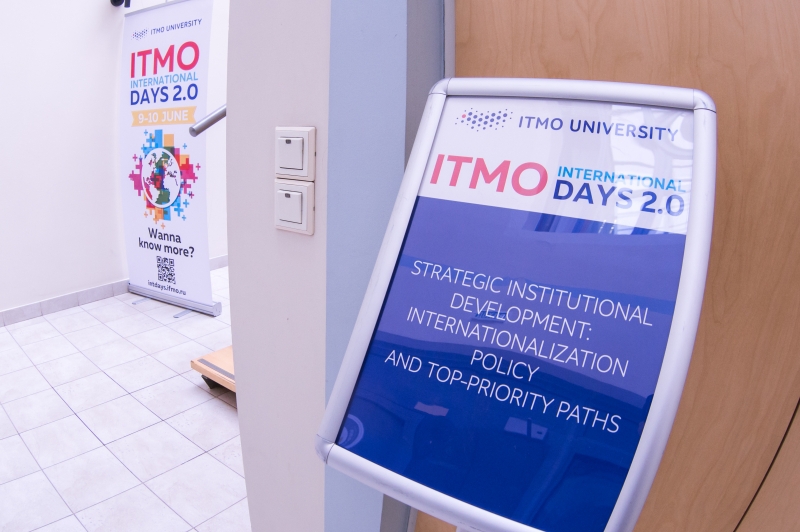 Every year the Russian International Affairs Council prepares a report ranking Russian universities in terms of the availability of English-language internet resources.

As mentioned in the report “At this time, one of the main objectives for Russian universities is strengthening their competitive position on the global education market. The development of the internet and social media, as well as the growing role of the English language as a means of global communication, requires universities to improve their English-language digital resources, which today are one of the main tools of international marketing of higher education.”

Since the Internationalization Office at ITMO University was established in 2014, its main goal has been to increase the amount of English-language content about the University both online and in print, and to help market the university on the international scene.

“We are the second in this ranking for the third time. Of course, we had our sights set on first place, but HSE is a very strong competitor with an excellent web performance. This just means that we should work even harder than before. We have some very exciting plans for reworking all our admissions and recruitment web performance and upgrading our social media policy, so stay tuned” - says Polina Petrusha, head of the Internationalization Office.

The report looks at the English-language university resources available in terms of ten target groups which include prospective international students, their parents, current international students, graduates, potential employers and potential staff of the university. It also reviews these resources in terms of blocks, for example, information about the university, its history, enrollment, current educational programs, etc. ITMO University was ranked in the first group of five “leader” universities with a total of 87 points, up 2 points from the previous year, putting it in second place. First place went to the Higher School of Economics (103 points) and third place to Tomsk State University (76).

Together with Ural Federal University, ITMO University also received a special acknowledgement for the best online presence on social media.

Tags
The article relates to