Technology and Policy Student Julia Milton: Science is a Very Good Instrument for Stabilizing the State of International Politics

Julia Milton is a student of MIT’s Department of Aeronautics and Astronautics where she works in a lab that develops wearable devices for astronauts as well as exoskeletons, and space suits. Julia was a participant of this year’s Stanford US-Russia Forum: together with Daria Denisova, the deputy head of ITMO’s Science Communication and Outreach Office, the team developed a report and an art project dedicated to the US-Russian space cooperation. Inspired by the James Webb Space Telescope, the massive art piece will consist of numerous hexagonal shapes depicting the milestone events of the two countries’ shared history of space exploration. In an interview for ITMO.NEWS, she spoke about their project, the popularization of space in Russia and the USA, and the importance of social initiative. 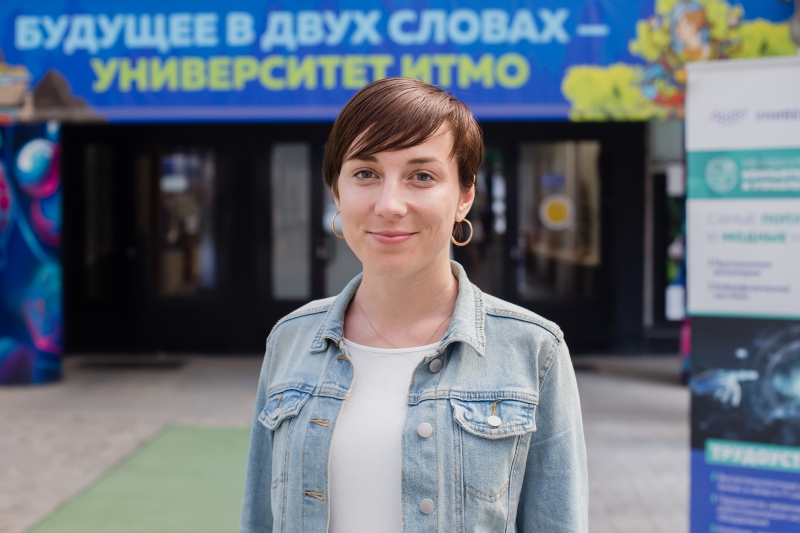 You are currently a PhD student at the Massachusetts Institute of Technology. What can you tell us about your research there?

I work at MIT’s Human Systems Lab. As part of the Department of Aeronautics and Astronautics, we work with everything that entails interaction with people. Most of our work involves wearable technology, including exoskeletons and space suits. I work with sensor systems that can be used to help us assess the astronauts’ working performance and efficiency. I’ve also worked on AR systems: for example, I did a Microsoft Hololens-based project that can be used to help  astronauts perform maintenance in open space. Using it allows them to act more autonomously, guided by the system’s advice.

You also work for the UN. What is it that you do there?

I am part of a group called UN Major Group For Children And Youth, which was created by the General Assembly for the purpose of involving various social groups in the policy-making  process. We work with young scientists and practitioners from all over the world to participate in UN meetings and and discuss policy. Not long ago, I contributed to the plans for engaging  young people to the Multi-stakeholder Forum on Science, Technology and Innovation for the Sustainable Development Goals (STI Forum 2019).

Do your research work and public activity intersect in any way?

Well, there are actually many ways to apply space technologies within the context of sustainable development. The UN has an organization called the UN Office for Outer Space Affairs that focuses on such tasks. It is indeed very important for people to be more aware of the possible applications of space technologies for the purposes of improving their lives on Earth. Today, when we face so many environmental and social issues, people often ask “Why spend so much on space exploration if we have so many problems here on Earth?” But in reality, many space technologies can be used to solve these problems. Examples of these include satellite development for communications and geospatial data, water filtration systems that were originally developed for the ISS, and many other technologies that came out of space research that can be used here on earth.

Those who work on social projects usually need to have great communication skills. Are soft skills also important to aerospace engineers?

I believe that being able to clearly explain what you do and why it’s relevant is very important for an engineer. People need to know how technologies can help them. I also think that if you can clearly explain how something works, then you can implement most effectively, too.

I am also a student in the Technology and Policy program at MIT, and I see that many aspects of the fields of communication and policy intersect with those of technology and science. You can create an ideal system, but it has to operate within society’s context, so explaining why it’s important and who and how will be using it is also among your tasks.

Last year you joined the Stanford US-Russia Forum (SURF) together with Daria Denisova from ITMO University. For many of the participants, the subject matter of the conference became a professional challenge. What about you?

Yes, it was a rewarding and challenging experience, in a good way! The project went on for a year, and we had to put in a lot of effort and communicate with a great many people. It was difficult, in a sense, but at the same time it brought us great results and opened many new opportunities.

Was the choice of colleagues a surprise, too?

Yes, we did not select our groups directly.  Both Daria and I chose the topic “Science and Technology”. Actually, I think that her communication skills and my technical knowledge complemented each other well, especially within the context of the project that we worked on. We got the opportunity to see how different approaches to science communication influenced the development of space science in the USA and Russia, as well as studied the influence of space programs on society here and in the West.

First of all, I had a  professional interest, as Russia is the USA’s biggest partner in the field of space exploration. I also simply wanted to go to Russia. My grandmother and grandfather lived in Moscow, and my family has roots in both Eastern Europe and in Russia, which is why I really wanted to learn more about the country’s culture and people.

SURF’s participants visited various organizations in the USA and Russia. What were some of your trip's biggest surprises?

Both in the USA and in Russia, I saw how people try to find common ground. As you know, the relationship between our governments is quite strained at the moment. What we see in the media is somewhat strange: it might even seem as if there are no fields of collaboration between our countries. But I don’t think that’s true. There is common ground, and people want to discuss these problems and work things out. Seeing that was both surprising and pleasant.

Despite the controversial statements that we read in the press, many people, SURF participants included, agree that both space and science must stay out of politics. How do you think such a dialogue can be established?

I believe that the proper way to do that — I’d even say a historically-grounded way — is to strengthen diplomatic ties by working on projects that no country can complete on its own. I also think that there are many other great subjects for international scientific collaboration besides space exploration. Climate change, for instance, is a problem that concerns everyone, and one that will require global cooperation to address.

As you said, science does exist outside of politics to a certain extent. Even during the Cold War, when the relationship between our two countries was most tense, the Apollo–Soyuz Project brought results that couldn’t be underestimated. That’s why I think that science is a very good instrument for stabilizing the state of international politics.

Did you know exactly what you were going to do with your project from the start? What are its key tasks and goals?

Our project aims to study how science communication influenced the public perception of space programs in the USA and Russia. In the course of this project, we understood that science communication is very important in this field. And I think that everyone understands that cooperation between our countries in the field of space exploration is both an important linchpin and a crossroads of a kind.

It won’t be long until the Russian-American program on delivering US astronauts to the ISS by means of Soyuz spacecraft comes to a close, and it’s difficult to tell what awaits us in the future. We decided that science communication is crucial for letting people know why space exploration is so important. What’s more, we wanted to transform our project into something real and substantial. For this reason, we are now collaborating with illustrator Anastasia Prosochkina in order to create an art project that will tell the two countries’ shared history of space exploration, as well as what can we achieve in the future if it were to continue. I think that its main task is to captivate the public with space once again.

Its design is based on the structure of the James Webb Space Telescope. It will feature about 12 hexagons, each serving as a kind of window in time, depicting a particular type of space cooperation. The telescope will show what the USA and Russia collaborate on, which projects they conduct (past, current, and future ones). Apart from illustrations, it will also feature descriptions of each project.

Where will the project be displayed?

We spoke about exhibiting it with the Memorial Museum of Cosmonautics in Moscow, who were interested in our project. We also contacted several organizations in the USA. The Embassy of Russia in the USA also expressed an interest in our work. For the time being, we are still considering all the possible opportunities. And I think that we’ll finish working on this over the summer.

Do you plan to continue collaborating with young Russian scientists in the future?

Yes, absolutely. I am interested in continuing such projects, especially ones associated with space. But I also believe that citizen diplomacy is very important today, and that it offers us a great opportunity to improve international relations.