In this article, we’d like to introduce you to Alejandro Ramos, a Mexican student in the Physics of Lasers PhD program at ITMO University. Alejandro tells us about his love at first sight for Russia, the process that he went through to come here and his plans for his current research at ITMO. 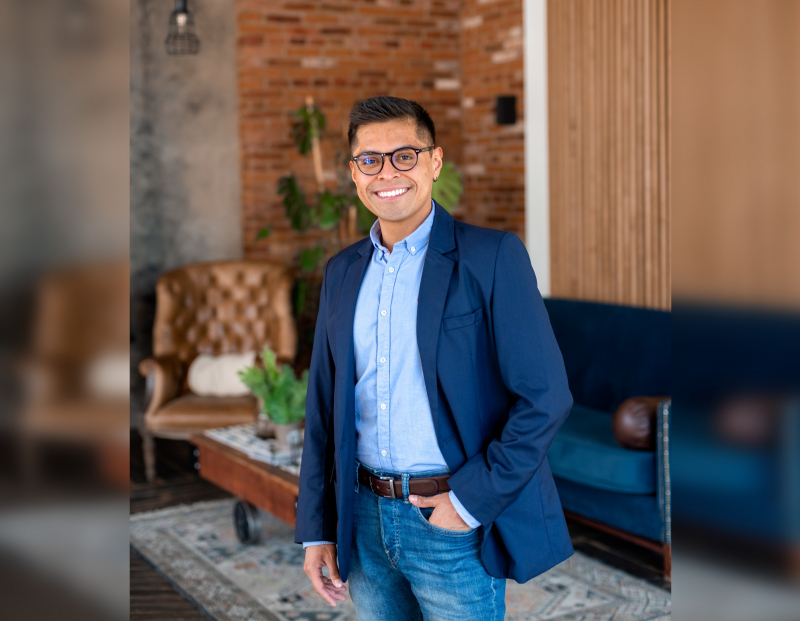 Why did you decide to do a PhD in laser physics?

My interest in laser technologies arose from the experience I had as an exchange student. In 2018, I came to ITMO to study part of my master's degree with Professor Vadim Veiko, with whom I learned the essence of laser processing. At the same time, I met Dr. Galina Odintsova, Dr. Sergey Gorny and fellow scientists whom I now regard as true friends. While I was working with each of them I realized the promising future and the wide application of lasers in different spheres of science and industry. During my research at the laboratory, I learned about new materials and their expansion, and with it, the new demand in technologies to process them. I believe this is a key area for the future of lasers.

While in Mexico I heard about ITMO University, I knew that it was one of the best universities in IT. However, I never imagined that I would be able to study here. Thanks to Prof. Veiko and Dr. Gorny I had the opportunity to come as an exchange student to Russia specifically to ITMO. Being an exchange student at ITMO University is one of the best experiences any student could have. During my stay here I met many people from different parts of the world, I liked the classes and in general how the program for exchange students is organized.

Why Russia? What attracted you?

Russia has always been considered a country that has a good development in the technology area, so from the beginning, it was one of the most interesting options to obtain a degree of studies. The FIFA World Cup was held in Russia in 2018, and every day there were reports about the culture, history, climate and food of Russia on the internet and on the news in my country. I think that is why I paid more attention to Russia. After a while, I became interested in history, culture, weather and food.

Do you have a scholarship? How did you get it?

I was able to get a scholarship thanks to the Russian Ministry of Science and Higher Education, which awarded me a scholarship for my PhD studies. I applied online on the Russia.Study website. The team from the Office of International Postgraduate and Doctoral Studies and Tatiana Banderova from the International Admission Office helped me with all the documentation that I needed to be able to come to ITMO first as an exchange student and then for my PhD.

I had never been to Russia before. I flew from New York to Moscow. There, I had to wait 12 hours to fly to St. Petersburg. I wanted to sleep at the airport, but a friend who accompanied me on the journey bought me a SIM card and booked a hotel close to the airport. When we left the airport, snow was falling, it was wonderful. The first time I was on a Russian street, it looked just as I had imagined it. The next day I took my flight to St. Petersburg, where we were received by 2 friendly guys from the Buddy System. They spoke English, welcomed us and then accompanied us to the dormitory. Over the next few days they gave us a tour of the city center, it was a very pleasant experience.

The first few days were difficult because I could not speak Russian. I ate at the university cafeteria almost every day. Outside of the university, I usually ate fast food. I did that for about a month. The first few days were fine, but soon this way of living became a nightmare. After a while, I considerably improved my level of Russian and thereby improved my situation with food.

I'm in love with this city and the country. From the first day I arrived in Russia, I had a wonderful first impression since the people at the airport in Moscow were super friendly. Much of my love for St. Petersburg is for all the people, they are all wonderful.

Did you know Russian before you came here? What tips do you recommend to improve one’s language level?

I knew very little Russian, though I studied for a month before arriving. I understood the letters but did not know the meaning of all the words. My vocabulary was limited to привет (hi), пока (bye) and как дела (how are you?). I learned a lot in the Russian classes that ITMO offers. Also, I downloaded many audio courses to learn basic phrases for a conversation, which helped me a lot. For me, it was more important to speak than to know grammar rules. Although grammar is also an important part of language, in real life, what is really needed is to communicate, so the best tip that I can give is to try to constantly speak with natives in Russian to improve your conversational skills.

What do people in your country think and say about Russia? Is your vision of Russia now different from what you expected? What changed?

My parents say they are very happy that I’m having this experience in this country, while friends always ask me about the weather and the food.

Of course, my perception of Russia has changed over time. When I got here, I never imagined that people were so nice. There is a stereotype that Russian people are very serious, but I think the opposite is true. My experience here has been very pleasant in all aspects, my friends and colleagues are all super intelligent and interesting. I have learned a lot from everyone, and I hope to continue meeting more great people like them.

Due to my PhD studies, I do not have a lot of free time, but in general I love to go for walks. St. Petersburg is a really beautiful and big city, you can always find something to do here.

Do you have any research going on? Can you tell us a bit about it?

Currently, my research is focused on the creation of polychromatic marks in different transparent materials. These brands can be used to protect products against counterfeiting.

At the university, I hope to meet more incredible people as I have done so far. This year, I would like to publish two articles on the results of my research. I would like to learn to form multidisciplinary work teams to find solutions to scientific problems.

It would be great if I could join ITMO as a researcher after my degree. Scientific research and teaching attract my attention for sure! On the other hand, it would also be interesting to start a business related to my research topic.

Of course, I recommend ITMO as an option to obtain a higher education degree. I would say that ITMO is one of the best options out there and the best in Russia if someone is interested in IT.