PRO.ITMO is a new project aimed at helping students learn all about the opportunities to be found at ITMO. For instance, there students can take part in workshops, join student clubs, or upgrade their skills. One of the project’s latest initiatives was a series of workshops by university staff and representatives of Russian companies held on October 19 - November 2. Read on to learn more about this event, as well as opportunities offered by PRO.ITMO. 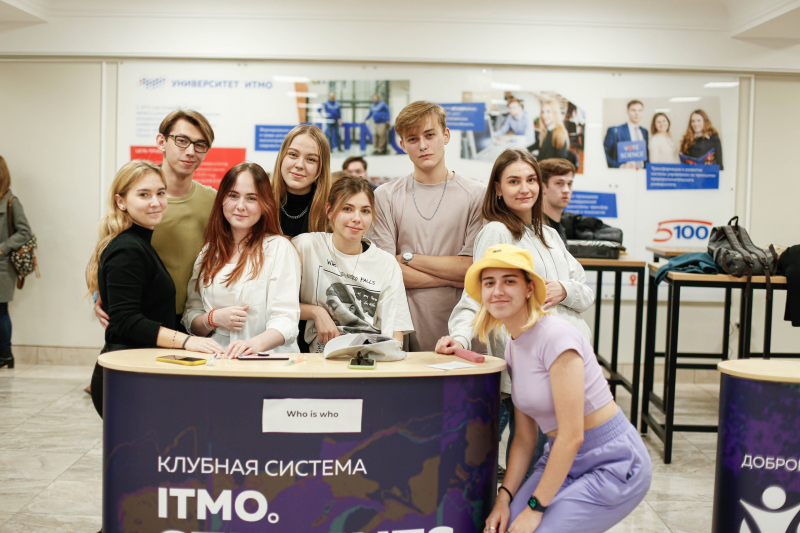 According to Maria Shvedova, the main organizer of PRO.ITMO, this project is an upgraded StudentsUP – an initiative that used to help students take part in workshops, communicate with industry representatives, and develop their professional and soft skills. This year, the organizers decided to reinvent StudentsUP by combining all the best practices used by the project in different years in one brand new initiative.

The main goal of PRO.ITMO is creating a single space where students can learn about every opportunity available at the university. For instance, first-years who haven’t joined any clubs or participated in any events, can learn more about volunteering activities and the club system, as well as sports at ITMO and opportunities to organize events. If this seems similar in spirit to ITMO.ENTER, a series of orientation events for first-years, then the new project has more up its sleeve – PRO.ITMO   also offers workshops for older students, for instance, lectures about various career paths held by ITMO graduates and job market experts.

As per student reviews, PRO.ITMO is a great chance to learn more about ITMO’s activities.

“Even in your final year, you’ll only get to learn about 20% of all opportunities available at the university, so it helps to come to such events and meet people from different faculties. It broadens your horizons and helps with getting a better feeling of ITMO,” says Kirill Seredenko, a third-year student at the Faculty of Technological Management and Innovations.

Organizers divided all participants of the two-week-long workshop series into two streams, pro.member and pro.org, to make it possible for everyone to attend all the offline events in the program. The first stream was for those who wanted to participate in more events and learn about opportunities, and the second stream was meant for people who wanted to organize their own activities but didn’t know where to start. Any student could attend a workshop they were interested in, they only needed to register for the event.

“We really love the workshops, because they offer both entertaining theoretical knowledge and opportunities to practice it. We tried to plan each event in such a way that it doesn’t resemble a lecture listing everything students have to do – instead, we used, for instance, Kahoot! quizzes with memes to tell the participants about academic processes at ITMO. For each question, students could select their answers. If most of them got it right, we moved on to the next topic without wasting any time explaining something everyone knows already. At other workshops, students did role plays and took part in business games,” explains Maria Shvedova.

At the pro.member stream, university representatives talked about cultural, educational, sports, and club events, and answered questions about getting the most out of your time at ITMO: applying for grants, receiving special stipends for studies and sports, and taking part in international exchange.

Moreover, the workshops featured talks by industry representatives. For instance, Egor Kosarev, head of Training and Development at Nexign, and Maria Usova, a DevOps engineer at Yandex.Verticals Technologies and an ITMO graduate, shared the secrets to finding a cool internship and landing that offer.

The pro.org stream featured several events: members of ITMO’s People Need You Volunteer Center explained the process of becoming a coordinator and developing your volunteering projects; a special workshop was devoted to ITMO’s club system and the steps towards starting your own club; and at the PRO.SPORT workshop the participants learned how to become a team manager.

As a final touch, participants got to learn about organizing their own events from scratch with insights from Maria Yakovleva, deputy director of ITMO’s Event Management Office.

Win prizes from companies and learn about internships

At the final event of PRO.ITMO students got the chance to talk to representatives of Russian companies, such as YOTA, Bank Saint Petersburg, Selectel, Nexign, and Protey, who talked about current vacancies and held consultations on compiling an effective CV.

According to Igor Kirillov, a digital platform expert at Bank Saint Petersburg, companies should strive to communicate with students because that is the way to find talent. Students, in their turn, consider such interaction the best opportunity to learn about the industry.

“We learned about internships and each company's activities, which is very handy, as I don’t think I would’ve looked for this information otherwise,” says Daria Baeva, a second-year student at the Faculty of Technological Management and Innovations.

Participants had the chance to hear many talks by company representatives. For instance, Alina Romanova, staff training organization specialist at Selectel, explained mentors and the benefits of having one, while Alexander Lukashevich, lead QA engineer at YOTA, shared the secrets to landing an offer in one day. Moreover, participants got to see a performance by the Improv Comedy Club and organizers of ITMO Case Club Kirill Seredenko and Daniil Shabanov shared the story of launching the club and the results it achieved.

For a fun touch, students played bingo to win prizes from participating companies by taking part in their online quizzes or completing other tasks, such as taking a picture with the main organizer of PRO.ITMO or guessing the club that doesn’t yet exist at the university. Each completed task brought students closer to sweets and special sticker packs. Those, who were the first to tick every task off the list received merch from the companies – gloves, T-shirts, sweatshirts, thermoses, and tote bags.