Between accompanying his father on business trips and studying at ITMO, Mohammad-Hossein has had plenty of time to get to know St. Petersburg like a pro. What made him interested in robotics and artificial intelligence? Why ITMO? He answers these questions and more in today’s interview. 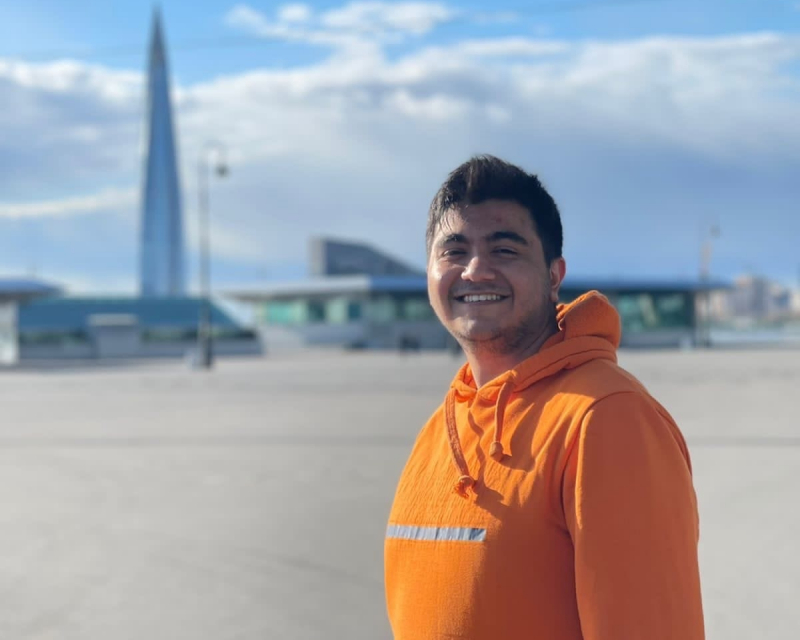 Tell us something about yourself.

I am from Tehran, the capital of Iran. I was born and brought up in this city. Most people there are Persian and roughly 99% of them understand and speak the Persian language. After graduating from my school in Iran, I decided to go for higher studies in Russia.

Studying and living in Russia is definitely an upgrade. I had been to the country before for business matters. I was truly mesmerized by the country and its people. Therefore, choosing Russia as my study abroad destination was not very difficult.

Is this your first time in St. Petersburg?

No, I have been to this beautiful city multiple times. However, this is my first time here in the post-pandemic era. St. Petersburg has a unique touch to its buildings and streets. It reminds me of the Renaissance period.

I am currently enrolled in ITMO’s Foundation Program, where I am learning the Russian language. After completing this course, I will enter the Bachelor’s program Programming and Artificial Intelligence.

Elon Musk inspired me a lot. He is my role model. I remember him saying how AI will transform the world in the future. Since then I have been interested in this field. During my school days, I tutored myself in programming languages such as Python and C++. I am also very passionate about machine learning and robotics.

What excites you more, Tesla or SpaceX?

To be honest, both are my favorites. While Tesla aims to revolutionize transportation with its fully automatic electric cars, SpaceX aspires to put the first human on Mars. Both of them are highly ambitious projects with a high impact. If you ask me where I would like to work, it would be Tesla.

Where do you see Russia in the digital age?

Russia has always been one of the pioneers in science and technology, be it astronomy or computer science. It is no different when it comes to digitalization. Russia is the hub for some leading IT industries in the world. In a few years’ time, I believe Russia will see tremendous progress in the field of AI and ML.

Do you find it difficult to learn Russian?

At first, it was quite tough for me. I was really scared. But the teachers at ITMO helped me gain that confidence. With some great teaching and practice, I could learn a considerable amount. Nowadays I am able to start a conversation in Russian with the natives. If I were to pick one foreign language to learn, it would surely be Russian.

Do you have a favorite Russian food yet?

I am a big fan of pelmeni. It is a delicious dish. I also like Russian cutlets a lot. The best thing about Russian food is potatoes. I like eating potatoes and I am so happy to see that Russians use potatoes in most of their dishes. Serve me anything that has potato in it and I will gobble it down in a blink.

Where do you prefer to have your food?

I like to have my lunch in the university cafeteria. They serve great food and the ambiance is extremely comfortable. I usually have my lunch there with my friends. During lunch, it becomes our unofficial Russian-speaking club where we practice speaking the language. You also get to meet many new people in the cafeteria. I have also tried a few restaurants in the city. All of them have pretty good food.

Which place mesmerized you the most in St. Petersburg?

The entire city is magnificent. It is hard to choose one of them. But I really loved visiting Peterhof. It is so majestic. The park surrounding the palace is the most beautiful thing I have ever seen. You legit feel teleported to the days of kings and queens.

I would definitely be studying for some more years. After that, I would hunt for some jobs in my preferred industry. I am not sure where I will end up living. Russia can surely be one of those countries. Let's see what's in store for me.