Generation Z: Who Are They?

We don’t know much about Generation Z, since they are those born between the mid-1990s and early 2000s and now they are just graduating from college and entering the workforce. But these young people differ in many significant ways from their predecessors. Ksenia Pomogaeva, a first year Master’s student at ITMO University, conducted a research on Gen Z to find out the factors influencing their career choices and ways to motivate this new cohort of workers. The research was carried out jointly with BIOCAD, an international innovative biotechnology company, Ksenia is doing an internship at. 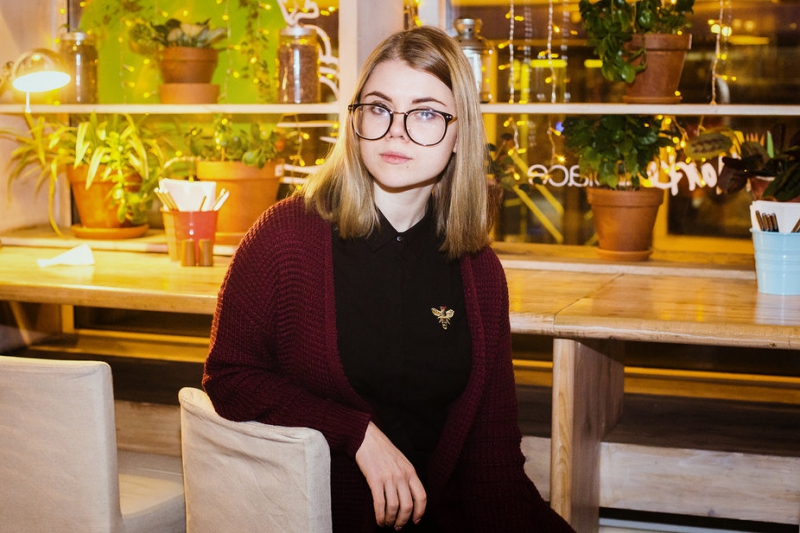 Why did you start studying Generation Z? How did it happen that your research is being conducted under the auspices of such a well-known international company in the field of drug development as BIOCAD?

Our program was developed in close collaboration with several companies including BIOCAD. At the beginning of the semester the students were given an opportunity to communicate with the representatives of our partner companies (BIOCAD, RexLex Nova, Business Incubator of ITMO University). Everyone could choose the topic and then all the students were divided among the companies that each presented their cases. BIOCAD’s case was not specifically about Generation Z, but focused on how to build an effective team. Since I chose new concepts of workforce management as a topic for my master's thesis, BIOCAD’s cases drew my attention. But after meeting Tatiana Tangisheva, head of the development department, I decided to focus on Gen Z’s, because today there is very little information about this generation just entering the workforce.

How did you organise your research?

We decided to divide the study into several phases, two of which are already completed. During the first phase, we tried to shed a light on the factors determining how Gen Z’s choose a profession and an employer, while the second part aimed to answer the question of how to motivate Gen Z’s and make their work more efficient. Both studies were conducted during the winter semester, and as a result I got an internship at the HR department of BIOCAD.


What are the factors influencing Gen Z’s choice of a profession and an employer?

We conducted a survey among the students of various universities to understand what motivates them in the workplace, and found out that motivation factors differ for Generation Y and Generation Z. For example, Gen Y people, or Millennials often want to start their own business, while Gen Z usually don’t. It is not enough for them to simply perform the task, they need constant approval for their actions. So they prefer the jobs where they can get this attention they seek. We also found out that Gen Z’s are more interested in horizontal growth rather than vertical, which means that they put education and personal growth before money.

And what about the second part?

After the first study, we decided to conduct a secret experiment on how representatives of different generations work in a team. The participants of the experiment were students specializing in marketing, management and IT. I asked the manager to divide them into two groups: one group was monitored and the other worked autonomously. We tried to figure out which group works faster and more efficiently. The final data showed again that there is a difference between Generation Z and Millenials. Initially, we thought that people work more efficiently autonomously, but it turned out that it doesn’t work this way for Generation Z. Even when working autonomously, they still reported about the results to their supervisor, because getting feedback made them feel more comfortable. Besides, we noticed that the members of both groups tend to avoid conflicts. When conflicts arose, the team fell apart. Afterwards, during an interview, the participants said that they didn’t like the relationship between the members of the team, especially when it was impossible to listen to all the opinions. In other words, Gen Z’s pay key attention to feelings and emotions in the workplace.

We know quite a lot about Millennials. For example, a research conducted by several Western companies (INSEAD Emerging Markets Institute, Universum, MIT Leadership Center и HEAD Foundation) shows that many Millenials are very competitive. 41 % of Generation Y want to start their own business and about half of the respondents express doubts about their career choices. As for Generation Z,  the majority of researchers believe that Gen Z’s are individualistic, immature and tech-centric. For them, it is important to work independently, because they believe themselves to be unique. They also value self-expression, as well as respect for professionalism and competence.

My research showed that Gen Z people appreciate working in a team and are also able to work independently. 78 % of the respondents shared that it is extremely important for them to have a flexible schedule and an opportunity for growth.

Please, tell us about your internship at BIOCAD.

The aim of my internship is to gain some knowledge in the field of drug development. In addition, I develop solutions for improving the educational platform of the company. Now we are developing the content strategy and other strategically important elements.

You’re also working on the Case Club project that is aimed at helping ITMO University students to meet the requirements of the modern business world and preparing future specialists for working in big companies both in Russia and abroad. What does this project focus on?

Many companies, especially in the field of innovation, ask potential employees to undergo a case-interview. As a rule, there are several possible answers and it is important for the employer to understand the applicant's logic. That is why students have to learn how to demonstrate the decision-making process in such a way that the employer does not have any questions left. When thinking about how to prepare our students for this kind of interaction, we came up with the idea of this Case Club.

Have you already developed the teaching strategy? When are you going to launch the project?

The strategy is already set and I think we are going to launch the project at the beginning of the semester. We have already arranged the opportunity to invite guest speakers. The students will work in teams, and after attending all the lectures, they will present the results of their work to the representatives of the department or the faculty.