It All Depends on Effort You Put In: ITMO Master’s Student on Internship at Gazprom and How to Win It

Bumping into an unknown task is one of the main fears all participants of academic competitions have when starting out. Yet this was exactly the situation that Pavel Zhdanov, a student of ITMO University’s Big Data Financial Technologies Master’s program, found himself in during the GPN Intelligence Cup case-championship. He rose to the challenge, solved everything he had to solve, and won an internship at Gazprom Neft, the largest oil-producing company in Russia. ITMO.NEWS met with Pavel to find out what working at Gazprom is like, how to nail all job interviews and why soft skills are so important. 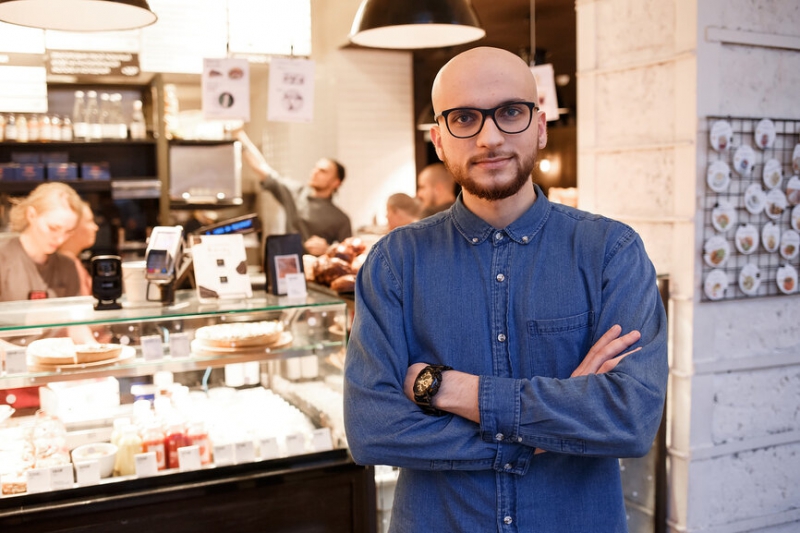 Tell us more about the contest you participated in.

GPN Intelligence Cup is an annual case championship hosted by Gazprom Neft for senior-year Bachelor’s students and Master’s students of technical and economic majors. Participants are offered to solve cases either on business and strategy or data analysis and engineering. I participated in the latter track and got a task on advanced analysis of data related to client transactions. My goal was to create a mathematical model that would allow for classifying client cars based on input data. It is a very topical task for Gazprom as they need it addressed to increase the efficiency of their operations.

Did you have any experience in solving tasks such as this?

As a matter of fact, no, but I still decided to try my luck. And I succeeded; I won the championship, passed an interview, and got an internship as a result.

Any tips on passing that oft-dreaded interview?

I’ve already been on interviews at a couple of IT companies and can say that for programmers and analysts all of them are pretty much the same. First, you’re asked questions aimed at testing your knowledge of the field you specialize in (for example, algorithms, language features), then you move on to solve abstract logical tasks.

The interview at Gazprom didn’t have that logical tasks part; the only thing I was tested on was my proficiency in maths and programming.

How is your internship going?

So far so good. I work at the Center of Advanced Analytics, solving tasks together with a mentor and one other colleague. The atmosphere is very friendly, everyone is always happy to help when I have any questions or experience any difficulties. I work 20 hours a week and define my timetable myself with my mentor.

Our team’s main responsibility is data analysis. This is a global trend; companies amass huge amounts of very different data, and we as mathematicians and programmers have to use these statistics for cutting costs.

All of this is possible because however inhomogenous, this data has patterns which aren’t that obvious from the first glance. For example, according to some research, in the US crime rates are lower in districts with churches, while the presence of a police station doesn’t influence such statistics in any way.

The issues we deal with in business analytics are, of course, more practical. Some examples are what kind of oil fuel should be delivered to a certain petrol station or how to form a shop’s stocks based on its customer profile.

What do you do personally?

My job can be decomposed to a range of small tasks. For instance, I start by processing data: I filter it, and if some figures I need are lacking, I take them from various Internet sources. Once all the information has been sorted out, I proceed to data analysis. I put the data through a machine learning algorithm, which follows up with a forecast I then use to carry out a research work by asking myself the question ‘what if’. Then I go to the customer with my feedback.

Our team’s daily tasks include client scoring, which is an assessment of a client’s purchasing power. The company needs this procedure to identify whether a client will be able to pay off their debts if such situation arises.

What are the chances of you staying in the company when your internship ends?

The possibility is there, and it’s not insignificant: some people I work with are the participants of the last year’s case-championship. Gazprom Neft is actually only the second company I’ve worked in; I started out in Korbit, a company located in my hometown of Kaliningrad. There I was in charge of developing a client app for the Internet of Things.

Are the education standards you got used to in Kaliningrad much different from those at ITMO University?

It’s hard to say; everywhere has its own pros and cons. I obtained my Bachelor’s degree in Applied Maths and Computer Science at Immanuel Kant Baltic Federal University (BFU). Mine was a very general major, so I’m honing my knowledge and skills by studying Big Data Financial Technologies here at ITMO.

There were 40 people when I just started my Bachelor’s degree, but only nine of them made it to the thesis defense part. Both BFU and ITMO University have very high demands for their students. My Master’s program gathered people with different academic and professional backgrounds, from economics to technologies. We don’t have the same standpoints, but we cooperate. I hope that we’ll succeed in achieving something great together.

Is there anything you dislike?

Only that there wasn’t a lot of degree-specific subjects in the first semester. We had three of those: financial cyber technologies, probabilistic methods of data analysis, and an online course on machine learning. On the plus side, such a relatively small workload allowed me to juggle studies with my internship. There should be a great deal more courses in the next semester, though.

I got very lucky with the Soft Skills course I chose, Personal Effectiveness and Time-Management, as it gave me a wealth of useful ideas for developing and presenting my skills: what’s the best way to write a CV, how to organize teamwork, why long-term planning is so important. People don’t usually think about their goals that much, but as part of this course, I had to develop a concrete vision of my plans for the next couple of years. It was most beneficial.

Do you see yourself working at Gazprom Neft in the near future?

I don’t know, we’ll see. In any case, I’m really glad that I didn’t chicken out of participating and managed to win. As with everything else in life, it all depends on you and the effort you put in.