On-Site Round of “I Am a Professional” Competition: Participants Share

February 20 marked the final, on-site round of “I am a Professional”, a national competition for university students. ITMO University was one of the venues to host the three-hour contest. Participants of the “It’s Your Call!” winter school, which was held as part of the competition, and the final round of the competition itself, talked with ITMO.NEWS about their competition experience. Did they find the tasks difficult? Were their expectations fulfilled? Read on to find out. 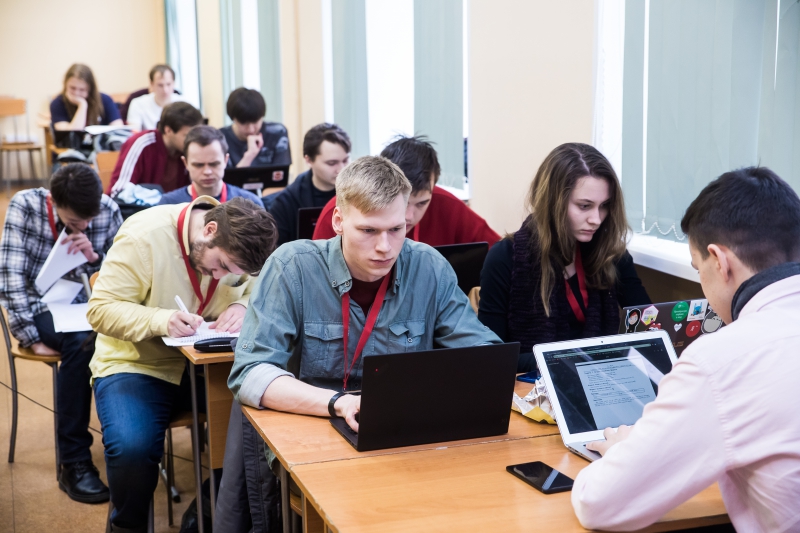 Despite the fact that initially, I applied for and studied in the Perm branch of the Higher School of Economics, I availed of an academic mobility program to come to the university’s Moscow headquarters, where I’m now studying. I major in software engineering. It’s my first time participating in ‘I am a Professional’, since I failed to register for the last year’s competition in time.

Personally, I found the first round rather difficult; you had to work really hard to make it to the finals. I didn’t train for the competition per se, but as the program featured sports programming tasks and I trained in solving those as part of my university’s ACM ICPC team which I’m part of, I guess you could say that I didn’t come unprepared.

As I expected, the on-site tasks were a more advanced version of those of the qualification round. There were some technical difficulties that made understanding some tasks harder, and the whole experience more complex. I wasn’t fully happy with how everything turned out because I was hoping I’d solve more tasks.

I don’t yet know where I want to apply to for my Master’s, and what I’d like to do as my future career. I think that studying abroad would be a fun and interesting experience, but I’m still considering what university to opt for.

The qualification round was somewhat unusual. It was divided into two subtracks: data analysis and distributed systems. You could have participated in both, and the highest result would be the one on the basis of which you’ll be considered for the final round. The tasks themselves were quite difficult, to make it more interesting, but not as much that you’d want to quit doing them altogether. They covered a wide range of theoretical questions in the fields of each subtrack.

As it was the first time that the Big Data track was included in the competition, I didn’t have any idea of what to expect from the final round prior to starting. I just prepared by revising the topics close to the ones I got in the qualification round.

The organization of the on-site round was strange to say the least. It wasn’t clear why they decided to divide the qualification round into two subtracks if the final round were to be just one “Big Data” track with no similar grouping. Also, the procedural rules of how the final round would be organized were only made known the night before the competition, and so I had come in on separate day to get a closer look at that.

The tasks, on the other hand, were really interesting, especially the forecasting ones, but they had their quirks. There also wasn’t any theoretical tasks involved; it seems that the organizers saved them for the qualification round to test our theoretical knowledge, while the on-site round was aimed at the practical side of things. It would’ve been great if they’d said that explicitly, to save us some much-needed time in preparation.

It was also unusual that the competition presented us with some extra-specialized tasks, for example, there were some regarding the systems for storing hydrometeorological data in the format of NetCDF and GRIB. This, in my opinion, was too narrow of a problem. ITMO University students had an advantage here, because they encounter these topics in their studies as per the university’s specialization, while the rest of us, though having a similar major, aren’t necessarily well-versed in these systems and formats because we don’t have hydrometeorology in our curricula.

Next year will be the year I apply for my Master’s degree. I’d like to study on an interdisciplinary program that would bring together big data, analytics and their applications in a specific field (most likely in economics or finance).

On the whole, the tasks we got at the qualification round weren’t that much of a challenge, but they did sometimes stretch beyond the designated topic in some tracks. I found that the tasks of the “Artificial Intelligence” and “Programming and Information Technologies” tracks were rather difficult, however. I prepared only by using examples of tasks provided.

The on-site round of the “Robotics” track included an extremely complex, algorithm-based task which was impossible to fully solve in the time we were given; the most you could do would get you from ten to 30 points only.

This is the first time I participate in “I am a Professional”. I didn’t have any expectations going into this experience, I just wanted to see what I’m capable of. What also motivated me to take part was the impressive list of the competition’s organizers: it counts many eminent institutions and universities who could grant you an internship or some admission perks. It’s hard to tell whether this adventure lived up to my expectations or not, given that I didn’t have any, but I’m more than happy with the results I achieved: I was accepted into the “It’s Your Call!” winter school and became a finalist of the on-site round, and that’s something to be proud of.

Will I continue with a Master’s degree or not? That depends on how writing my thesis would go. For now, I’m looking at two options: continuing my studies at MIREA or finding a job.

I’m not an “I am a Professional” newbie; this year marks my second time participating. Some tasks were a tough nut to crack, some were easy as pie. If there’s an opportunity to read about an algorithm online if you haven’t encountered it before, you’re all set. My main gripe was with the timing: the on-site round was held at lunchtime, and if you’re a working person, this isn’t convenient. I also didn’t like it that there was no analysis of tasks after the competition finished. I think that the most important thing in competitions is not to win, but to learn something new, and just being told that what you did was incorrect doesn’t bring you any new knowledge.

Neither do I agree with how the tasks were developed. My educational track covered maths, cryptography, reverse engineering and that’s that. I myself do hands-on work with hardware and documentation; this is a significant layer of professional knowledge that the competition left unnoticed, though the university curricula on information security accounts for these in great detail, documentation especially.

I did do some preparation; I recalled the tasks there were last year and studied up on the materials provided by the organizers. But it turned out to be pretty much of no use, especially for the on-site round.

I think that the fact we were forbidden to use the internet is stupid. I know for a fact that some venues didn’t keep to this requirement. A modern specialist doesn’t have to know all algorithms by heart; with the amount of data we have today, this is straight up impossible. Unfortunately, though the times have changed, the tasks that require you to do such a thing didn’t go anywhere, and you can’t prepare for that. People are different, and so are the university curricula, so you can’t expect everyone to be on the same level with the people developing the tasks.

But it wasn’t all bad. I really liked the task on reverse engineering. The organizers pulled an ungracious thing last year, in that we were given a task that was easy to solve with the help of specialized software, which nevertheless wasn’t free or present at the venues despite being part of the for-reference software in the demo-tasks provided. This year, the reverse engineering task revolved around cryptography and Python. This, I think, was a right solution.

To me, the tasks we were presented with kept a good balance. You didn’t have to solve everything to get to the winter school and, consequently, the second stage of the competition. I didn’t do any preparation because I was confident that I’d manage either way. The only thing I did was to look at demo-tasks we were given in advance.

The on-site round’s tasks were on the same level with those of the qualification round. I generally love to solve sports programming tasks, but here I especially liked the task on the Huffman code. The description of the task explained how to build it, the only thing required from you as a participant was to just understand it and implement it. So the competition not only allowed you to test your strengths, but also to learn something new at the same time.

I haven’t decided where I want to apply to next. Of course I would like to find a good job after I graduate from the university. I still have two years of studies left though, so everything can change until that.

My expectations didn’t come to pass in the sense that I planned to solve all four programming tasks in half and hour, and then deal with the theory. In reality, it took me a whopping two hours to solve all these tasks. I’ve no idea what held me back: maybe I didn’t have enough experience, maybe I was inattentive, or maybe the odds were against me, I don’t know.

Alena: The qualification round tasks seemed pretty easy, so I didn’t do any special training. The on-site one I took more seriously; I read the suggested literature and revised different laws and formulas. It did turn out to be very difficult, especially the creative task. Some topics proved especially unexpected.

Alexander: The first round really was a breeze. I think it would be easy for anyone studying on a specialized major. But the on-site round required a solid knowledge of huge amount of topics. The organizers did provide us with a lot of information to prepare; there was even a volume of lectures from different universities that was published specifically for the competition. If these had been our lectures, it would have been much easier for us to find our way through these masses and masses of data.

I prepared mainly with the help of demo-tasks. “I am a Professional” presented both of us with a completely new format of tasks, particularly with regard to the creative task where we had to develop our own device. All in all, we had three hours to go; first we had to solve the test part, then choose a creative task out of three options offered. It was worth 20 points out of the total 100, and so was very important. Many of the fellow participants I talked to admitted that they couldn’t solve it.