“It’s Your Call!”, a winter school organized by ITMO University together with Sberbank, has just come to a close. Attending this year were 180 contestants of the five educational tracks (Programming and IT, Data- and Cybersecurity, Big Data, Robotics, and Photonics) of the national student competition “I am a Professional”. Over the course of five days, the students took part in project work to find a solution to topical social and infrastructural issues with the help of modern technologies. All project work topics went under the common banner of “campus life”. ITMO.NEWS reports on the projects that made it onto the winners’ podium. 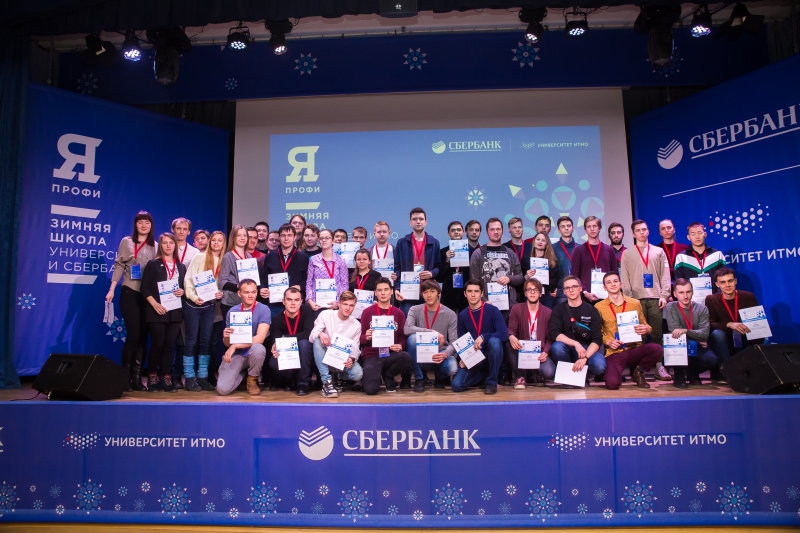 Participants of this project decided to aim their efforts at helping sleepwalkers. According to statistics, the disease affects from five to ten percent of the world population, primarily children. This staggering number is four times bigger than the total population of Russia and a hundred times more than the population of St. Petersburg. Unconscious activity in sleep can lead to both chronic fatigue and, in worst and rarest cases, death.

There are devices and technologies that can lead a person out of the state of somnambulism, with special sensors used to identify the exact moment when a sleepwalker should be woken up. However, medical research postulates that such invasions into the sleeping process create major stress for the nervous system and thus can lead to unpredictable ramifications, mental illnesses being one of them. It’s known, for example, that this technology treatment has caused some children to start stammering.

Recent medical findings published in one of Oxford University’s science journals showed that two minutes before the start of a paroxysm, the brain responds with a unique activity pattern that can serve as an indicator of the impending sleepwalking session. The winter school project team proposed a lightweight device to be put on a patient’s head to record their brain activity when sleeping and, in case the paroxysm pattern is detected, respond with external stimuli to make the patient switch from a deep sleep cycle to a light sleep one, where there is no danger of another paroxysm occurring. Thus, the device causes a change in brain activity to prevent sleepwalking.

The product proposed by students comes in the form of special software which isn’t bound to a specific device. They envisage an algorithm such as a taught neural network that would record brain activity, after which the recordings would be sent to a smartphone where a special app would respond by generating a signal leading the patient out of a deep sleep cycle.

The winning team’s participants were granted the right to enroll in Master’s and PhD programs at ITMO University without additional entrance tests.

Members of this team worked on a biometric identification system that would ensure security on the university campus. The proposed system implies that the entrance doors of the campus will always stay open, closing only in the case of visitors violating main rules regarding entry; this would be also accompanied by a security camera. All students and staff would be given a personal pass card containing an RFID tag and their fingerprint scan. Upon entering a university building, they would need to scan the finger; if their fingerprint corresponds to the database scan, they will be let through and the door will stay open.

The security camera will gather data on a staff member’s movement trajectories: if these do not correspond to the track of the RFID tag, the doors will close and they will be restricted to access. The advantage of these passes is that they’re not bound to a specific staff member or student, so if the former quit their job and the latter graduate, their pass can be reused. The passes are also expected to acquire new functions later on, allowing their owners to use them to pay for their daily commute or cafeteria meals, and the educators to control student attendance.

Today, university campuses are still designed with no regard of the real needs of people working and studying there on a daily basis. To address this problem, the participants provided the designers with a tool that would allow them to take into consideration how the campus could best suit its future inhabitants. In other words, this tool allows for testing the design concept before it hits the implementation stage.

The tool is represented in the form of software that uses an agent model to create an ideal, universally comfortable campus. After the data on student movements and the geolocation of campus buildings is uploaded into the system, a special model is created and taught, its agents being virtual students with behavior similar to their real-world counterparts.

When the model is ready and is populated by agents, a designer puts on a set of VR glasses and evaluates the system’s indicators and the agents’ satisfaction with the campus. If the latter is not up to the mark, they can alter the system by moving the buildings and dislocating the benches to try to increase the level of satisfaction. Once the designer decides that the model posts good results, it can be given green light to be implemented.

The team developed Quick Checkout, a technology of instantaneous scanning of items, which in this solution are RFID-tagged, allowing for a sensor to read them in a matter of seconds.

After the items are transported from a factory to a warehouse, they’re fixed with pre-programmed tags and sent to a shop. There, clients can just pick up the item they need and put it in their bag, as the RFID scanners on the ceiling can scan all of their purchases, outputting the total sum onto a screen for the client to pay it off. The participants also suggested smart shopping carts which would show both the price of the items you put into it and the total of your purchase before you even make it to the till.

On January 31, 2019, St. Petersburg hit the peak number of 78 public building evacuations. According to the team that came fourth in the project contest, the classroom of the future is first and foremost a safe place. But in lieu of using expensive lidars and terahertz sensors to achieve this goal, the students suggested relatively simple sensors consisting of a carbon-nanotube transducer and electric generators. The sensor checks people for explosives and all metal-containing items. In case any of these are detected, the sensor transmits this information onto a server where it is received by an especially taught neural network which then sends a warning signal to a person in charge of security of the place.

Members of this team came up with a robotic system consisting of interlinked underground tunnels with wagons traveling to and fro to deliver packages, and elevator elements lifting the cargos onto the surface. As envisaged by the students, the items are transported in cases accessible only to the sender and the receiver, by automated wagons via subterranean roads connecting all buildings on campus. The wagons’ itineraries are generated automatically; users just need to pop out into a building’s hall to receive the package. The system is powered by RFID tags which are used to process, transport and track the packages.

An increase in consumption leads to the inevitable increase in waste; this explains why in the past ten years the total amount of garbage has grown by 30%. The team’s participants pitched the idea of automating street-sweeping activities with the help of a comprehensive system composed of a control center and modular units referred to as server stations. These stations are home to robots which clean the streets of trash, snow, and dust and then haul the sweepings back to the stations. The system is connected to the larger houses and utilities system which can call the robots on duty when needed, as can any citizen using a special mobile app.

Each robot is a dynamic system consisting of a crawler-transporter and plug-in functional modules such as multi-purpose cleaning brushes, vacuum cleaners, pollution sensors, snowplows and robotic hands for picking up the litter.

The system performs continuous monitoring of locations, while built-in machine learning technologies prevent the robots from being stolen, distinguishing from when they’re freely moving around the city and when they are being forcibly lugged away. Going forward, the creators plan to use special software that would allow the robots to identify different objects via stereo-imaging and additional infrared sensors.

The winter school “It’s Your Call!” is held under the aegis of the national student competition “I am a Professional”. A total of 180 students from 39 cities all over Russia came to ITMO University to attend lectures by leading experts, work in ITMO’s cutting-edge laboratories, visit trendsetting companies and take part in academic and sports competitions. It is for the second time in a row that ITMO University organizes the school together with Sberbank, one of Russia’s leading banks. This time, the winter school was attended by “I am a Professional” contestants in five educational tracks: Programming and IT (54 contestants), Big Data (48 contestants), Data- and Cybersecurity (30 contestants), Robotics (25 contestants), and Photonics (23 contestants).