It’s Your Call! Winter School Kicks Off at ITMO University

Over the course of five days, students from all over Russia will be attending lectures, taking part in workshops and preparing team projects. The winners will get the opportunity to enroll in ITMO’s Master’s and PhD studies without entrance examinations. The event’s general partner is Sberbank of Russia. 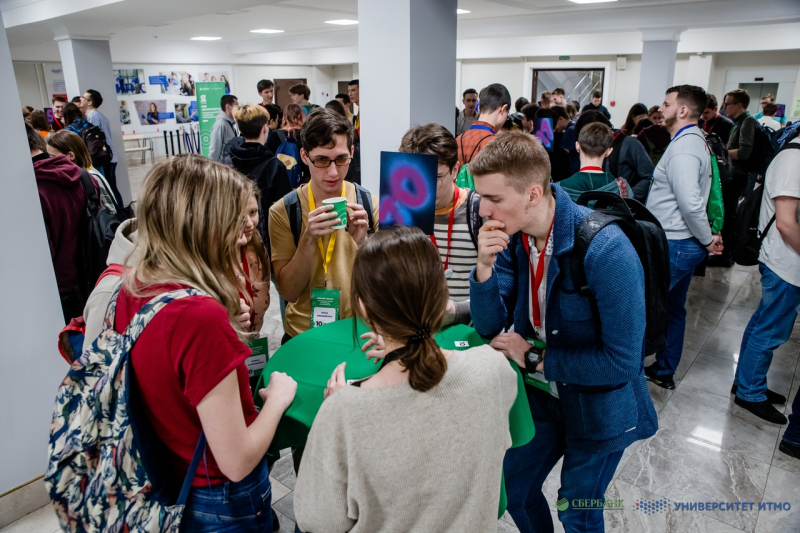 "It's Your Call!" winter school at ITMO University

Held by ITMO University for the third time, this year the winter school “It’s Your Call!” brought together over 180 participants from 43 Russian regions. These are Bachelor’s and Master’s students who have passed into the second round of the student competition “I Am a Professional”. In total, there were over 500 applications to participate.

Greeting the participants with a welcoming speech was Julia Ablets, head of the Committee on Youth Policy and Cooperation with Non-Governmental Organizations in the Government of St. Petersburg.

“The numbers speak for themselves: over 650 thousand people took part in the competition “I Am a Professional”, a “Russia – The Land of Opportunities” flagship project. I think that success in life is a ratio of two parameters: the number of attempts and the number of successful attempts. You’ve made your attempt and, since you are all here, it must have turned out to be a success; this really is very cool. The only thing I can recommend you do during this winter school is to exchange your contacts with each other, because you can’t even imagine just how much a person sitting next to you right now might help you someday. There is only one aspect that is stable in this fast-changing world – the people next to you, your social capital. This is what’s most important,” emphasized Julia Ablets. “Thanks to such platforms as ITMO University, St. Petersburg has the opportunity to become the most tech-savvy and smartest city in Russia. You too can become its part.”

Speaking on behalf of the school’s general partner, Sberbank of Russia, was Valeriy Nikanorov, a developer of Sberbank Online.

“Sberbank Online gets a monthly audience of over 68 million users. Every day, our huge developer team – amounting to over 35 thousand specialists only in the Technologies module – solves questions of platform and innovative development. When you realize that the results of your effort are seen by millions of users, it’s worth a lot,” said Valeriy Nikanorov. “Sberbank plays a grandiose role in Russian society, and we as developers solve tasks on a national scale. We’re building a new bank ecosystem and we need a great deal of specialists: iOS and Android developers, Java programmers, test automation engineers. Together, we will build a new digital era.”

The main aim of the winter school is to teach students work in project teams and solve unconventional tasks together.

This year’s winter school is organized around the theme ofinterdisciplinarity, which is why teams are formed randomly from participants of different tracks. The topics are also distributed at random, and they can’t be chosen or changed. All in all, there are six topics corresponding to today’s challenges: “Coronavirus Plague Inc”, “Swarm Robots”, “We Want to Live on a Clean Earth”, “Museum of the 21st Century”, “Let’s Clean Up Space Debris”, and “Actively Working Throughout Our Lives”.

The main task faced by each team is to come up with an engineering, market, or scientific solution as part of the proposed topic and defend it in front of the judges in the form of a short presentation.

Each of the five tracks is coordinated by ITMO University’s PhD students. Their task is to help the teams identify the problem and choose the right solution.

Apart from project work, the students will attend lectures and take part in workshops by the school’s partners and ITMO University lecturers. For one, delivering lectures on the first day of the school were Grigory Bakunov, director of technology distribution at Yandex, Danil Zakoldaev, dean of ITMO’s Faculty of Secure Information Technologies, and Alexander Boukhanovsky, director of the School of Translational Information Technologies.

In addition to general and track-specific workshops, participants will have classes in soft skills, the art of presentation, and pitch-making. A big emphasis is put on the development of networking skills, which is why the program also includes group activities such as a quest at the Erarta Museum, a trip to the cinema and ice-skating on the New Holland island.

ITMO.NEWS spoke to the winter school’s participants to find out what experience they hope to get as part of the project work.

I’m participating in the Information and Cyber-Security track – this corresponds to my track at the “I Am a Professional” competition. I found out about this school by accident and decided to participate. Our team didn’t make it through the selection last year, but we don’t give up that easily. We applied again this year – and we succeeded.

I came here with friends, there are five of us altogether, all from the same university. When the teams were being formed, I was in luck as one of my friends and I were put into the same team. We were given the topic “Swarm Robots”. We’ve only just started to discuss our understanding of what it even means. Our team includes students specializing in robotics, so we’re bound to find out.

I came here to defend my university’s honor, get new knowledge, and have a look at ITMO University and consider it as a possible destination for my Master’s. Of course, it will be interesting to explore St. Petersburg – this is a must.

I signed up for the Information and Cyber-Security track. Our team was given the topic about space debris: there were no additional explanations, so we decided that it’s connected to cleaning the Earth’s orbit from the remnants of space stations, satellites and the like. This is a new topic for all of us, none of us has anything to do with it in our studies, and now we’re going to delve into it and study it from scratch.

This is my first time attending an event like this one, before I’ve only been to specialized conferences and competitions in information security.

I’m considering my participation in the school as a chance to boost my communication skills, practice networking, and learn to do presentations. When I was going here, deep down I suspected that here it’d be all about project and team work. And since I’m to defend my thesis soon, I thought that working on a new concept wouldn’t hurt.

I think that participating in this school isn’t about winning, what’s more important here is the process of solving a complex task, adapting to a new team, where everyone is a specialist in their field.

We were put in the team where everyone is from a different track, which means that many didn’t get exactly where they wanted to. But I believe in us, and as of yet everything’s going  well communication-wise.

My track is Big Data. At this point, my team and I are developing the topic we were given, which is “Swarm Robots”. We don’t have that clear-cut of an understanding of what it is exactly, but we’re certain that in the end, we’ll manage to do something great.

My goal of taking part in this school is to develop as a professional, establish new connections, maybe get a job offer, and just generally have fun.