I Am a Professional: Over 80 ITMO Students Become Diplomates of National Student Competition

The results of the 2019 national student competition “I am a Professional” have just been announced. From a total of 500,000 students from all over Russia participating in this year’s competition, 3,472 became prize winners. This roll call of participants with the best results includes 80 ITMO University students, five of whom were even awarded gold medals. Diplomates of “I am a Professional” get admission perks when applying to Master’s and PhD programs at Russia’s leading universities, as well as an opportunity to partake in an internship at major companies. 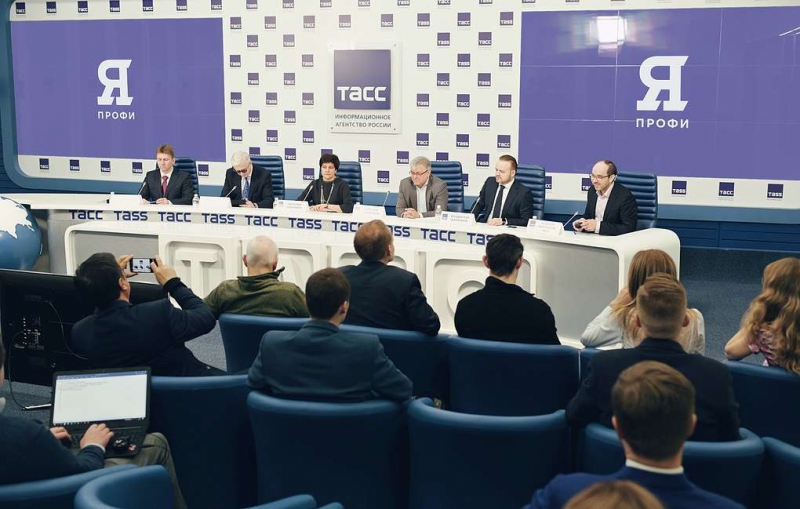 The announcing of the results of the 2019 "I am a Professional" competition. Credit: press center of the organization “Russia – Land of Opportunities”

“I am a Professional” is a large-scale educational competition for students of different majors: technical, humanities and life sciences. Developed by experts from leading Russian universities and companies, the tasks test how well-versed participants are in their future professional field. The competition is organized by the autonomous non-profit organization “Russia – Land of Opportunities” with support from the Ministry of Science and Higher Education of the Russian Federation.

This year, the competition was held for the second time. A total of 523,612 students submitted their applications, which is 78% more than the last year’s number of 295,000 participants. The number of educational tracks also increased, from 27 to 54.

The qualification round of the competition was held online from November 24 to December 11, 2018. Over 73,000 students completed the tasks of this first round. The finals of the competition lasted for almost a month and a half, from January 26 to March 17, 2019, with 10,886 students in the game. Hosting the final round were venues in 43 cities all over the country, ITMO University among them.

Among the diplomates of the competition are 82 ITMO University students. These include 38 prize winners, 22 winners, ten bronze medalists, seven silver medalists and five gold medalists who rose to the top of the categories of “Biotechnologies”, “Informational and Cyber Security”, “Programming and Information Technologies” (both on Bachelor’s and Master’s levels), as well as “Marketing and PR”.

ITMO University actively contributed to the implementation of this year’s competition, coordinating as many as five of its tracks: the veterans “Programming and Information Technologies”, “Photonics” and “Informational and Cyber Security”, and the newcomers “Big Data” and “Robotics” (this one was co-organized with Far Eastern Federal University). Taking on the role of a general partner of ITMO-coordinated tracks “Programming and Information Technologies”, “Informational and Cyber Security” and “Big Data” was one of Russia’s biggest banks, Sberbank.

But the ITMO-Sberbank cooperation didn’t stop at that: for the second year in a row, the university and the bank organized the winter school “It’s Your Call!”. Held in February, it brought together 180 “I am a Professional” participants from 39 cities. In the course of five days, the students partook in project work, solving topical societal and infrastructural issues. You can learn more about the projects developed by the 2019 “It’s Your Call!” participants here.

Part of the “It’s Your Call!” experience was attending tours to major companies and ITMO University labs. The students also participated in a variety of workshops and seminars. Headlining the winter school were Andrey Sebrant, director of product marketing at Yandex, Alexander Boukhanovsky, head of ITMO University’s School of Translational Information Technologies, and Alexander Baulin, science and technology editor at Forbes Russia.

Winter schools are educational forums that aim to go beyond the limits of conventional university curricula. The second takeoff of “I am a Professional” saw a more than twofold increase in their ranks: from 11 schools in 22 tracks in 2018 to 24 schools in 46 tracks this year. 2,710 competition participants who demonstrated the best results in the qualification round and passed an additional round of motivation essays were given the opportunity to attend.

Diplomates of the “I am a Professional” national student competition get additional perks when applying to Master’s and PhD programs of Russia’s best universities and research centers, ITMO University included. They will also become part of the “I am a Professional” national talent database and participate in internships at a major company. Additionally to that, gold medalists are awarded significant money prizes: 200,000 rubles for Bachelor’s level participants and 300,000 for Master’s level participants.

Same as last year, project winners of the 2019 “It’s Your Call!” winter school have the opportunity to be enrolled in ITMO University’s Master’s programs without any additional exams.

Last year, 97 Russian companies opened their doors to the 2018 competition winners. Among them were many industry big names of the likes of Sberbank, VTB Bank, Rosatom, Yandex, Interfax, Nornickel, and Kaspersky Lab. But it was the opportunity of getting into their dream education destination on special terms that was the first source of motivation for 25% of competition winners. More than 750 successful contestants used their admission bonuses to apply for a Master’s or PhD degree at the country’s leading universities. Here’s what some of the winners say about their life-changing experience.