The student mentorship program was launched for the first time on the occasion of ITMO University’s 120th anniversary. University graduates with established careers or their own companies who are ready to share their experience acted as mentors. Around 23 mentor-mentee matches participated in the project, with some mentors working with several students. Learn more about the program, its role in creating the ITMO.Family community and the personal experiences of participants below. 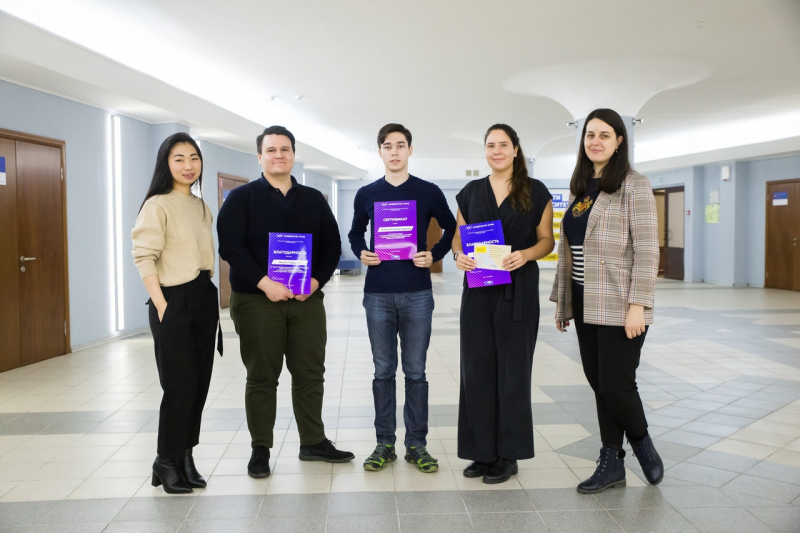 A culture of mutual learning

ITMO University’s Mentorship Program was launched in October 2019. Students of the university could find out about the start of application period from social media, and potential mentors received a newsletter with an offer to participate in the project.

“More than 70 people have applied. Not bad for the pilot launch of the program, but we will work on our mistakes to make the next launch even better,” says Lyudmila Tsoy, a manager at ITMO University’s Center for Creative and Corporate Projects.

Students have put the aspects that they wanted to work on in their applications. For example, how to launch and manage a business, how to choose a career path, how to look for a job and prove oneself profession-wise.

“We were matching students and mentors who can help each other based on their applications and CVs. If no one among the mentors matched, but we knew that someone among our graduates might be useful, we contacted them directly and invited them to join the program,” adds Lyudmila Tsoy.

23 pairs participated in the pilot launch. The schedule and the line-up were flexible. Some teams switched partners, some mentors decided to work with several students at once. Nevertheless, the participants were communicating productively during these months. The project was over on February 13, but many participants are planning to stay in touch.

One of the organizers’ objectives is to let the technical university’s students know why they need a mentor and how such a person can be useful.

Participation in programs of that kind is also a way to support the ITMO.Family community. This gives an example of why it’s so important to be a part of the community and how useful it might be.

Opinions of mentors and mentees: what do we need mentorship for?

Not curation, but a mutually beneficial exchange: how one graduate decided to help students to choose their career paths and learned something herself along the way.

“I graduated from ITMO University with a Master’s degree 4 years ago. I had no mentoring experience. So, when I received the letter I decided to go for it. The student and the mentor were matched according to their professional activities, and since I have a rather specific profile – food technology – I was shown applications of two girls who are studying in a similar field. As a result, I couldn’t choose one and accepted both. Our communication was mutually beneficial. I’ve been sharing my experience and they’ve been suggesting stuff to me. Students know more about soft skills. When I needed to set working objectives for 2020, they prepared an entire presentation for me! I liked the program, and I think it’s great to volunteer and help each other, support and grow together,” shares her experience Uliana Petrova, a graduate of ITMO University and a leading technologist of a European bread production company.

The program as seen by an experienced mentor: how mentors’ work continues in their students

“I didn’t get to mentoring straight away. I was teaching for around five years at the Polytechnic University and helping students with their projects, so little by little I began to get involved in mentoring. Later, I joined the Recursion fund program by ITMO and Lomonosov Moscow State University, where I became an actual mentor. Now I took part in the ITMO program. What motivates me is the realisation that I won’t have time to achieve everything I want in my time. So my mentees are people with whom I share a part of myself. My work continues to live through them. I was working with a student who is interested in creating their own startup. We’ve set specific goals and talked about their CV. The work is not over yet though, so the ending of the program is not a reason to stop communicating. I hope that we will stay in touch, share our experience and achievements,” says Nail Gafurov, entrepreneur and graduate student at ITMO University.

Project’s students: “We’ve come to get some advice and support and learn about the best practices in our field”

“It so happens that I’ve chosen my mentor myself. When I found out about the program I applied straight away. I learned that an ITMO University graduate, a consulting specialist and Herman Gref’s mentee, is going to be one of the mentors. I’ve reached out to the organizers and asked to be matched with him in particular. My main reason for applying was the desire to establish plans for the future: where to go to reach my goals. The mentor has given me reading and watching recommendations on our very first meeting; then, we discussed various specialisations and career paths. Now, thanks to his advice, I’m taking a psychology course to understand myself better and finally choose a suitable field for myself,” shares his experience Usman Kamalutdinov, a student at ITMO University.

A graduate is someone who has already been a student, understands their problems and fears, and is able to help to overcome the difficulties and begin a career.

“When I found out about the program, I decided to support this initiative. In my opinion, the exchange of experience between graduates and students is very important, since graduates used to be students and know what deserves their attention and pursuit. Students don’t know yet what lies ahead, so the help of graduates can be a good guide for them and can also give them confidence in their abilities. I was lucky to get the mentor I got. He's been sending great long texts full of useful information and provided links to books and articles. Unlike a conversation with a teacher or other university employee, conversations with a mentor are more informal, you can ask them things you’re too embarrassed to ask others,” says Alexandra Krot, a student at ITMO University.

Mentorship as networking and a path into the professional community

“I wanted to discuss which field I should choose, which qualities are necessary for working and starting a career with an established professional. The mentor suggested several welcoming companies and also provided links to useful courses. In addition, he regularly invited me to personal meetings with experts who have also shared valuable information with me,” says Alexander Kudinov, a student at ITMO University.