Shubham Kunal: My 5 Favorite Things about ITMO and More

Shubham Kunal is a Bachelor’s degree student in Applied Informatics at ITMO University. He came to St. Petersburg from Dhanbad, a small town known as the coal capital of India and the second-most populous city in the state of Jharkhand. 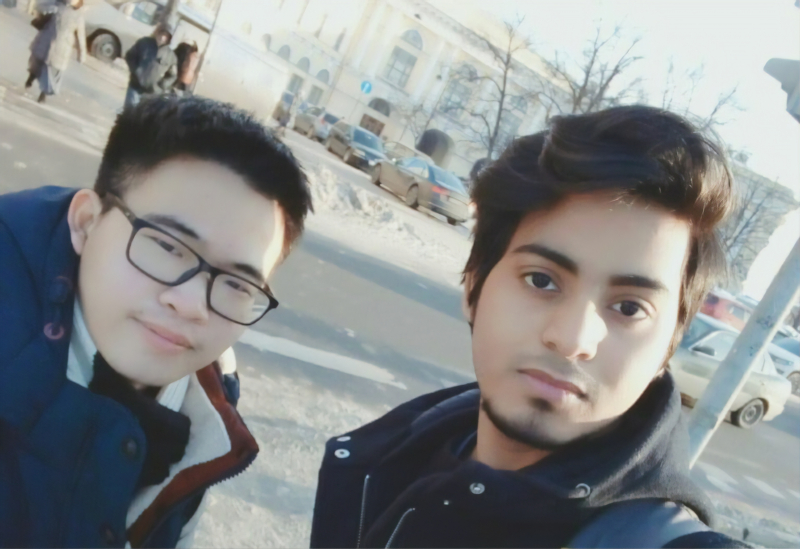 Why did you choose Applied Informatics as your field of studies?

Since I was a kid, I was always interested in computers one way or the other. At a younger age, it began with videogames. Later in life, I started to become interested in programming.

If you had a time machine, where would you go?

If I had a time machine, instead of going in the past, I would prefer to see what the future of the planet is going to be like 200-300 years from now.

What was your childhood dream?

As long as I can remember, I have always been fascinated by Bill Gates. Since I was a kid, I always wanted to become like him.

How would you feel if somebody told you 10 years ago about where and what you’re doing now?

I would be happy that he/she wishes such good things for me, but I wouldn’t take it seriously because I wouldn’t have believed in anyone guaranteeing my future.

What are your 5 favorite things about ITMO?

1. It’s very unorthodox and unconventional (the most non-classical university!)

2. It is located in a very beautiful city.

3. The staff and faculty, especially the younger ones, are very helpful and pleasant to interact with.

4. It has a great Faculty of Infocommunication Technologies

5. It has a lot of other international students, so you meet a lot of people from various cultures.

What do people often tell you when they learn you’re from India?

Especially the older generation, they start talking about Bollywood songs they like.

To see my country have the biggest or the second biggest economy in the world. It's the fifth now.

What can you find in Russia and not anywhere else in the world?

Actually, I think the best Japanese food I’ve eaten was in Russia!

Do you have a hobby?

Yes, I like to read and keep myself up-to-date with the news.

How are you spending your time now at home in self-isolation?

Watching a lot of TV series, reading lots of books and eating lots of chips!