Despite the closed borders, Hadi Hijazi continues his work at ITMO as a research associate at the Faculty of Laser Photonics and Optoelectronics. In this interview, he talked to us about his experience in Russia and revealed his vision on the role of science in the modern world. 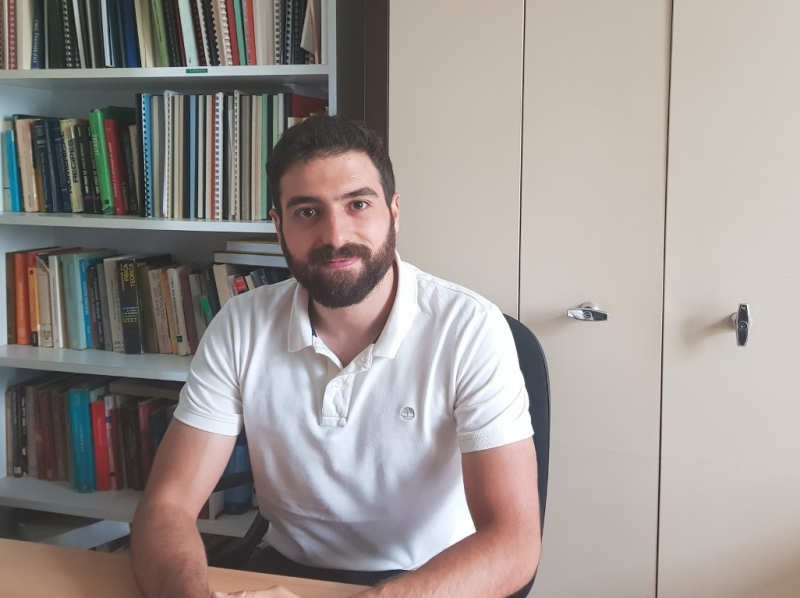 Where are you now?

I’m in the city of Clermont-Ferrand, France, working from the university lab where I did my thesis. I started my research contract at ITMO in January and spent only two months in St. Petersburg, then came back to France to see my girlfriend. But it was the time when the lockdown happened so I couldn't get back. That’s why I’m here waiting for travel restrictions to ease.

I’m originally from Lebanon and did my Bachelor’s there. When I was 21, I started my life in France, getting two Master’s degrees in Grenoble. Then, I moved to Clermont-Ferrand to start my PhD and it took three years before I went to St. Petersburg and started my collaboration with ITMO University.

How did you hear about ITMO University?

My thesis was about the fabrication of semiconductor nanowires by a special technique. In 2017, I went to Lund, Sweden to take part in an international conference on nanowires, which annually gathers the whole scientific community working in this field. Among the organizing committee, there was ITMO University professor Vladimir Dubrovskii, internationally renowned for growth modeling of nanowires, a topic he has been working on for about 20 years.

I remember it was difficult to reach him, but after several attempts, we finally had a talk and I asked him for a piece of advice on my research. Next year the professor attended Institut Pascal in Clermont-Ferrand. During his stay, we finished a paper, which turned out to be the first one in my scientific career.

To be honest, I had never expected to stay in this field, but working with Professor Dubrovskii was so special that I decided to continue my path. We were staying in touch and after my defense he offered me a researcher position at the International Scientific Center for Functional Materials and Optoelectronic Devices. That’s how I moved to St. Petersburg and started my career.

What motivates you to do science?

I’m interested in politics and I notice that science is strongly affected by it so I’m trying to make people understand that science should be free of prejudice. To become a scientist, you should be flexible and open-minded to something you don’t know. Through collaboration, I’d like to also change people’s minds about Lebanon or Russia and prove that what we see on TV doesn’t matter to make a real scientific breakthrough.

You’ve worked in France. Are there any differences between French and Russian scientific approaches?

Russia is unique in its work mode due to the fact that you have to be productive to be successful. In the research field you have to work hard to meet requirements and maintain quality - that is what challenges me and appeals to me. Moreover, an incentive payment system is an effective motivation engine for researchers which doesn’t exist in other places around the world – the more you work the more you get paid.

What was your first impression of Russians?

The Russian language is very difficult; however, people are really friendly so they’ve always tried to help me out even if they couldn’t understand English. Even when shopping or riding a mini-bus (marshrutka), I was always in contact with people, and there was a lot of support. That’s something you can’t find in every country.

As I’m originally from Lebanon, I didn’t have much culture shock. I think our countries share a lot of common traits and our lifestyle is similar, so the environment is quite comfortable.

Actually, it was the first time I lived in a big city – I’ve never had a chance to experience it before. St. Petersburg is beautiful and its architecture is diverse – there’re very tall buildings that I haven’t seen in France. But what I like the most is its multiculturality, since a lot of people are coming from abroad and there’s a bunch of international students; this is something I noticed at ITMO especially.

I can’t wait to come back to St. Petersburg to continue my work and explore the city more to get new experiences, visit the Hermitage and other museums at least. I’m also interested in taking up a Russian language course. For me it’s going to be the fourth language to learn after Arabic, French, and English – I hope it won't be that hard. Also, back in France, we used to go fishing often, that’s why my professor has invited me to go true winter fishing – I’d love to try it in Russia!