In 2020, Daniel Nsengumuremyi graduated from ITMO with a PhD in Food Biotechnology, and now eagers to continue his academic career in order to contribute to the development of his homeland, Rwanda. In this interview for ITMO.NEWS, he talks about his Russian education experience and explains the unusual properties of lake mud. 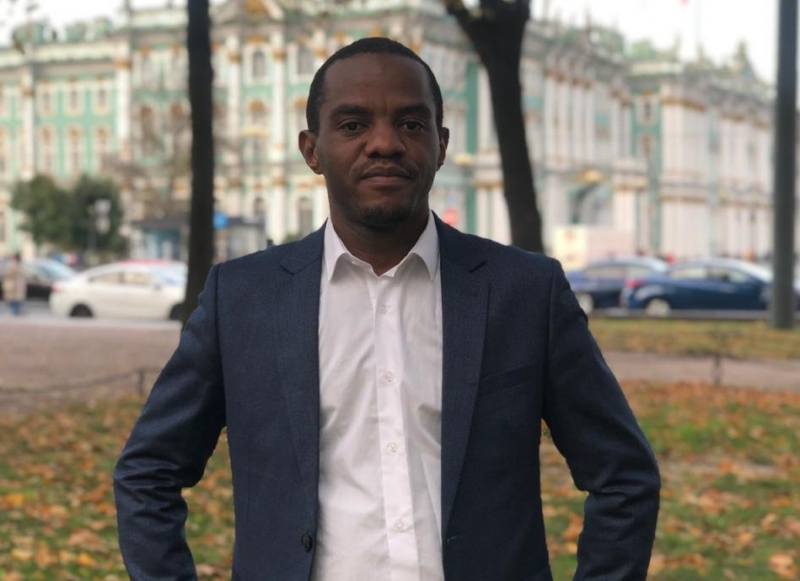 When did you come to Russia?

I came to Russia in 2014 to get my Master's at Ural Federal University (URFU) in Yekaterinburg. I come from an Eastern African country, Rwanda, and I got my Bachelor’s degree in applied biology there. By that time URFU had just launched a new program on food biotechnology taught in English, so they invited international students to apply for the scholarship or the grant, and I received the grant. Later, in 2016, I took a chance and moved to St. Petersburg to start my PhD studies at ITMO University. Till September 2020, I’ve been working at SCAMT as a research engineer for more than two years. I hope that my contract will be renewed and I will be able to continue my activity.

Why did you decide to become a part of ITMO?

After graduating from URFU, I wanted to go ahead with a food biotechnology program, but they could offer only chemistry and biology tracks. Thanks to scientific cooperation, I knew ITMO as a big university acknowledged for its research. I also got in touch with Nadezhda Barakova, the head of the Food Biotechnology program at ITMO, because I wanted her to become my supervisor. My goal was to become a scientist and food biotechnology was my passion, so I didn’t hesitate.

What is your research topic?

We’re working on the safety of grain raw materials in ethanol production. The main point was the application of sapropel — a sort of mud extracted from lakes or oceans. Our research samples are from a lake near Pskov. We modify the substance's antimicrobial properties by adding chemicals and use it to improve the safety of grain, and, as a result, produce higher-quality ethanol. Sapropel is also added to animal feed to increase its shelf life for about six months. As a result of this research, we were able to extend this period by another three months. Next, we’re striving to reach the one-year mark.

To be honest, when I just came here, I didn’t know what sapropel was. But my supervisor offered me this unique topic at the intersection of biotechnology, microbiology, and food safety. It was difficult at first, but I was happy when we got our first results.

Have you considered implementing your research project in Rwanda?

Rwanda is a small developing country, but the food industry is progressing rapidly there. Its economy is mostly based on agriculture and stockbreeding. After gaining more experience I would like to go back to contribute to this area by implementing my project. There are sapropelic deposits in the lakes of Rwanda but no one is engaged in their extraction. By using them we can solve the problem of food product contamination during their storage, which is crucial for the country’s population.

In spite of being mud, sapropel has high value and is used in agriculture, saunas, and medicine. If I could study how to use it to fight mycotoxins more thoroughly, the outcome may be of global-scale importance.

Did you think it’s difficult to be a scientist?

I found it hard in the beginning, four years ago. It was a new life and I had to spend days and nights sitting in the lab doing experiments and writing papers. But it's a profession, and you should forget about other things for some time to succeed. It was a long process but it happened naturally. Now, I can spend all day in my room or lab doing research. Science is not easy. You do an experiment for a week – it fails; you write a paper and send it to a journal – they reject it. You have to be patient, but what’s really precious is that it makes you much stronger.

What activities are you involved in at the university?

I’m also a teacher at the Faculty of Biotechnologies. I teach international Master’s students Modern Methods in Biotechnology and Microbiology, and the number of disciplines is being expanded. I enjoy it as Master’s students are very mature, they know what they want, and are inspired by the lab. I’m also co-supervising two students' research, which I think is a great opportunity for collaboration and new discoveries.

Luckily, this experience was not completely new for me – back in my country, I taught music theory. Now it has become an important hobby that I won’t forget. I sang in a choir at the URFU and in the Catholic Church Choir of Yekaterinburg, and later I joined ITMO’s choir, which I, unfortunately, had to quit to devote more time to science and pedagogy. However, three years ago we founded a small group of Rwandans and Russians called Izuba, where we sing and teach Russians songs in Kinyarwanda, my native language! I believe it’s a great opportunity for cultural exchange.

Are there any differences between St.Petersburg and Yekaterinburg?

The weather was the thing I couldn’t get used to in Yekaterinburg. It was really cold in winter when the temperature went down to -35С. St. Petersburg’s climate is much milder, although still different from Rwanda’s. St. Petersburg is an international city – it’s European and tourist-friendly, there are more opportunities for both science and entertainment. Yekaterinburg, on the other hand, although lacking many international students, has a unique culture and a Russian spirit. But both of them are among the most beautiful cities I’ve ever seen.

What are your expectations for the future?

I would like to become a senior scientist and do a postdoc abroad to get more experience in teaching and research, and maybe move to explore other countries. I’m quite open to everything new but I’m sure I’ll be back to my home country.