Ramiro Vicente is a student of the Master’s program Mobile and Networking Technologies at ITMO University. We talked with him about how a song drew him to pursue his studies in Russia, his experiences during the first year in St. Petersburg, and his aspirations for the future. 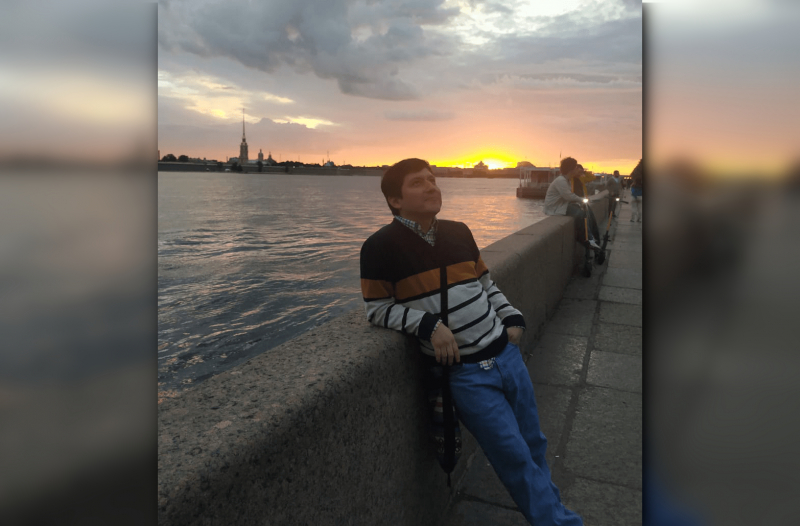 Ramiro Vicente in St. Petersburg. Photo courtesy of the subject

Why did you decide to pursue a Master's degree in mobile and network technologies?

I joined this program because I understand that in the global context, there is an immense field of process automation that can be done with mobile technology. I’m particularly interested in artificial intelligence and big data.

Since I was a child, I’ve always been interested in learning and I think I’m still the same way. When I was studying in Ecuador, I admired a teacher who had studied in Russia and who knew a lot about all aspects of life. I always respect people with that profile and I think that, in some way, I’m looking for that kind of knowledge. I also remember that a Russian citizen once visited my university and spoke to us with such enthusiasm about studying for a Master's degree in Russia that it stuck in my mind.

Some years later, while I was working as a professor at a university, my colleague and friend suddenly asked me if I wanted to study in Russia and I said: “Well, what should I do?” He told me that I had to fill out a form and meet some requirements, so I applied for a Rossotrudnichestvo scholarship via russia.study.

I chose St. Petersburg because I didn't know anything about Russian cities other than a song called Leningrad by Joaquín Sabina. I liked this song and I decided to try my luck with this city. I chose ITMO University because I found it interesting that they focus a lot on research. I was attracted by the fact that their motto is to be a different university, and it is. Russia also attracted me to the fact that it is the cradle of a very strong and prosperous civilization.

I studied engineering in electronics and control at the National Polytechnic School in Quito, Ecuador.

What were your first impressions of St. Petersburg?

My first impressions of St. Petersburg were about the people. So far, they have been very kind; and with regard to the university, I have felt very happy and satisfied because from the beginning it helped me with explanations and all the paperwork I needed to arrive without problems to the city. I love that people here are very down-to-earth and friendly, you just need to break the ice to be able to establish a friendship. Thanks to my friends, the first days were very bearable.

At first, I was afraid to speak to people since the language seemed very strange to me – even though I loved listening to the natives speak, since it seems to me that the Russian language has a musical tonality. To my surprise, I found autumn weather similar to that of my hometown.

My first impression of Russian food was that for me it also felt a bit similar to Latin food, especially the Russian salad, which we love to eat in Ecuador.

I think St. Petersburg is a fairytale city. My favorite place is the Hermitage Museum. It is really amazing that you can find a painting by Da Vinci or one by Picasso. Without a doubt, the most wonderful thing that can be found anywhere here is its people. About Russia, I like the fact that I still know very little and have a lot to discover. I like the order, concern, and kindness with which ITMO University treats its students, it is undoubtedly an excellent university.

Are there similarities between Russia and Ecuador?

Of course there are similarities: the people are hospitable as in Ecuador, the autumn climate is similar to my country's climate, the culture here is very rich, and it has caught my attention that here they greatly appreciate the Latin culture, especially when it comes to dancing.

My friends who live in Ecuador are very attracted to Russia since they do not know much about the country, but they always show respect for its culture as they remember what this country means to the world.

I like conversation clubs. I also started volunteering. Extracurricular activities seem very good to me since you have fun. Besides studying, I like to go out with friends. I like to have good company. In fact, my hobby is trying new activities.

How is your Master’s degree going so far?

So far we have not delved much into the subject of artificial intelligence, but I look forward to that moment. My biggest surprise was the Emotional Intelligence course, which I think is the most useful thing I have learned so far. As for my classmates, I hope to meet them in person since everything is online; and as for teachers and staff, I can only thank them for the good work and the help I have received.

After completing my degree, I plan to develop some ideas of applications for multiplatform systems that I have been thinking about. I would like to become a digital nomad living in a quiet part of my country since I am a little tired of the big cities. I am also passionate about teaching and that is why I might think about being a teacher again. I am also interested in learning more about algorithmic trading and financial markets.

I have various interests in my life. I don't know what the future will hold for me, but I hope to gain knowledge and new experiences in each step and decision that I will make.

The same advice Lope de Vega once gave me: "Life is a dream and dreams are dreams." If you plan to come to Russia, I strongly advise you to study the language at least a little before coming, as it will be very useful. I do not regret for a second being here. I totally recommend getting out of your comfort zone.