Nowruz: The Start of Spring

Every year, some time around March 21st, the sun shines on the whole planet equally. On this day, when the sun rises on the North Pole for the first time, people from many countries in the northern hemisphere celebrate this day as the beginning of a new year and the start of spring! We talked to some of our international students and staff here at ITMO to learn more about how this event is celebrated in their home countries and what it means to them. 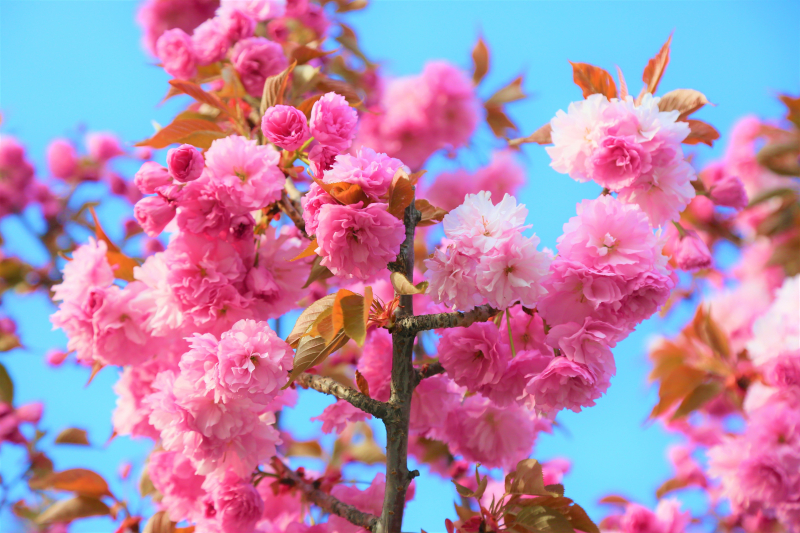 Nowruz, Noruz, Navruz, Nooruz, Nauryz or Naw-Ruz has been celebrated for millennia both as a secular and religious holiday by people of many countries which were once part of the Persian Empire.

The history of Naw-Ruz (which literally means “new day”) dates back to the Achaemenid Empire, which existed some 2,500 years ago. In the ancient Persian calendar it is the first day of the first month of the solar calendar, and for Zoroastrians and Bahá'ís it is also the first day of the calendar year. Nowadays it is celebrated by over 500 million people all over the world, most commonly in those that were once part of the Achaemenid Empire, including Iran, Afghanistan, Turkey and many former Soviet states such as Tajikistan and Azerbaijan.

Its significance comes from the fact that it is celebrated each year at the vernal (spring) equinox – that is, when the Sun shines directly on the equator and the length of day and night is nearly equal everywhere on Earth. In the Northern Hemisphere, this day marks the first day of astronomical spring.

“Novruz is a holiday of friendship and peace. It is meant to connect people and means the beginning of a new day, which explains why we celebrate the holiday in spring,” says Feyzullah Hadisov, a Master’s student from Azerbaijan at the Department of Computer System Design and Security.

A New Year for Many Nations

In 2010, March 21st was acknowledged as the official holiday of Nowruz by the UN General Assembly. According to the United Nations, “Nowruz plays a significant role in strengthening the ties among peoples based on mutual respect and the ideals of peace and good neighbourliness. Its traditions and rituals reflect the cultural and ancient customs of the civilizations of the East and West, which influenced those civilizations through the interchange of human values.”

For ancient Persians, this was a day for founding charitable institutions, and collections for the poor were made; it was important that this day did not end without making some special mark. The Jewish festival of Purim is said to have been adopted from the Persian New Year, and Nowruz is celebrated a lot like the Christian Easter, with many symbols indicating spring and renewal.

“Nowruz signifies the beginning of spring, and the preparation of soil, so Iranians make everything new: they buy new clothes, they clean the house, they get new money from the bank,” shares Rouhollah Abbaszadeh, a Master’s student at the Department of Mechatronics. “Leading up to March 21, everyone cleans their houses and washes everything: carpets, furniture etc. They call it “house shaking”, and they literally get rid of all the dust and dirt in the house before the New Year comes.”

“Everyone in Kazakhstan celebrates this holiday regardless of their background or religion,” shares Aliya Sakhariyeva, a manager at ITMO’s Alumni Relations Center, “It’s a huge celebration which starts on the 20th and everyone has at least a few days off work. In the city center you will find traditional Kazakh yurts which serve Kazakh food to everyone – for free. During this time people often go out and ask for forgiveness if they have offended someone. There’s a special atmosphere. During this time, lots of different organizations set up charity events.”

“Boys born on this day are named Nooruz, and girls are named Nooruzgul. If it snows on the day of Naw Ruz, it's a sign that the harvest will be good,” shares Asylkerim Polotov, a third-year student from Kyrgyzstan studying at the Faculty of Food Biotechnologies and Engineering, “before the beginning of Nooruz, everyone gets together, cleans up their homes, wears their best clothes, pays off all their debts and asks for forgiveness from people they may have offended.”

For Bahá'ís, Naw-Ruz marks the end of a 19-day fasting period during which they abstain from food and drink between sunrise and sunset. It is one of the nine Bahá'í holy days on which work is to be suspended. After missing lunch, coffee breaks and birthday cakes for 19 days, I, personally think it’s a great time for going out for a hearty lunch and sharing some sweets with friends and colleagues who had to deal with me every day. Many Bahá'ís use Naw-Ruz as a day of gift-giving and charity.

A Festival of Food

“One of the most important aspects of Nowruz in Iran is “Haft Sin”, which literally means “Seven S’s”,” shares Tara Torbati, an Iranian student of the foundation program and a finalist in the mathematics international entrance competition. Seven symbolic items are placed on a table, “each should start with the letter S, they should be natural and they should be edible. Everyone is excited about making their own haft sin each year.”

The traditional food for Nowruz in Iran is “Sabzi Polo ba mahi” which is a dish of herbed rice with fish, “It’s customary to eat it on the first day of the new year,” says Tara

Samanu (know as Sumalak in Tajikistan and Uzbekistan) is specially made for the festival of Navruz. Traditionally, it is cooked in a large pot, the wheat is soaked and prepared for days, and the final cooking takes over 24 hours.

“In Uzbekistan,” shares Shakhriyor Tulagonav, a third-year student at the Faculty of Food Biotechnologies and Engineering, “everyone invites their close friends and together they prepare the sumalak; it must be stirred constantly, so everyone takes turns while sharing stories. A common practice is to throw a special stone into the dish while making a wish. The preparation of sumalak is the most interesting part of the celebration. Besides sumalak , there’s also a sweet called “nishalda”, which looks like whipped cream and tastes like caramel, and it’s always on the table for Navruz.”

“In Kazakhstan, there is a special soup called Nauryz Kozhe: it is made only on that day and has seven ingredients: water, meat, salt, kashk, flour/noodles, grains and ayran,” shares Aliya. These ingredients symbolize happiness, success, wisdom, health, wealth, development and divine blessing. “Restaurants serve this soup for free on Nauryz and I like to go and try the soup in different places since they are all slightly different from each other.”

“In Azerbaijan, Novruz is associated with many traditions. It is traditional to plant trees, clean the house, show benevolence and charity to those in need and make national pastries such as shekerbura, pakhlava, shorgoghal and a great variety of national cuisine,” says Feyzullah. “The centerpiece of the festive table is khoncha - a big tray with "Samani" - freshly sprouted wheat and nuts, sweets, candles and dyed eggs - one for each member of the family. It is also important to have seven different dishes on the holiday table. Novruz is rich with ancient traditions and games.”

“The night before Nowruz, people usually stay awake. There’s a saying that what you do on the night of Nowruz, you will do for the whole year, so people usually avoid sleeping,” says Tara. “On the day, you usually go and visit the eldest people in the family, like the grandparents, and on the following days you visit the other relatives; each day someone opens their home for guests.”

“There’s usually 13 days of holidays for Nowruz in Iran, and all the universities and schools are closed during these days. You first visit the eldest in the family and then you should visit all your uncles and aunts during that period. On the 13th day, all the extended family gets together and goes for a day-long picnic in nature. They usually have lunch, play music and dance,” shares Rouhollah.

A key element of the celebration of Nowruz in Iran is gift-giving. “It is called eidi,” says Tara, “When the eldest in the family give gifts to the youngest, usually it’s money or small gifts.” “Money is placed in the Quran or any holy book,” says Rouhollah “where it is made holy, before being handed out.”

The streets are alive in Kazakhstan on Nauryz: “there are different concerts, people are walking on the streets visiting different yurts, buying things at markets, wearing traditional clothes, playing national games and competitions – it’s a huge celebration for everyone. There are also traditional Kazakh swings available on this day,” shares Aliya.

“There are traditional games that are played on this day,” says Asylkerim, “one of them involves a woman and a man on horses. The man has to catch the girl and kiss her, and if he doesn’t do it in time, she has to beat him up. It’s often played on Nooruz.”

“There are many different events on this day related to Nauruz: concerts in the neighbourhoods, different youth shows with dancing, drawing and many other activities,” explains Shakhriyor, “Every year, we have a special “People’s Marathon” held in Tashkent in honor of the holiday, and famous stars participate in the event with all proceeds going to charity.”

“One of the interesting traditions of Novruz is "papagatdi", when children knock on the neighbors' doors and leave their caps, hats or a little basket waiting for candies, pastry and nuts,” shares Feyzullah, “Different ancient traditional games and shows such as “Kos-kosa” (symbolizes the coming of spring), “Khidir Ilyas” (the symbol of fertility and blossom) and fortune telling are held at musical gatherings that take place during the Novruz holiday. Folk singers sing songs, while wrestlers test their strength.”

“Also, a cannon is shot to mark the occasion, and there are usually fireworks,” says Ruhi, “At that moment everyone prays together for a good year.”

If you know someone who is celebrating this day, you can say to them “Nowruz Mobarak” which basically means “Happy New Year!”