I certainly enjoy a good sleep-in on the weekend, so when I got a text saying “Let's go mushroom picking on Saturday morning at 7am" I was a little hesitant at first. But after six years in Russia, this is only the second time I’ve received such an offer, so I was definitely up for the challenge. 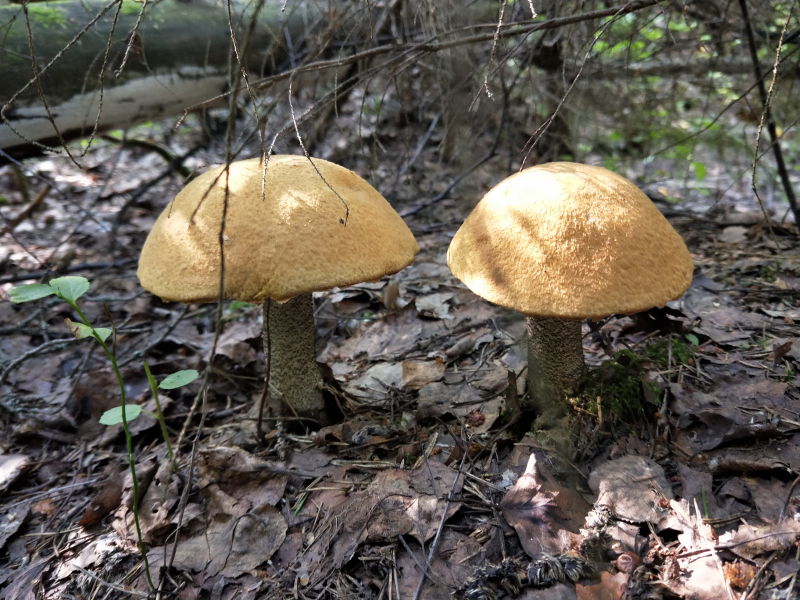 First things first, it’s important to know that if you have never been mushroom picking before, you should NOT go alone. You definitely need to go with someone experienced who’s been doing this for years and knows their local forest and which mushrooms to look for.

Mushroom picking is essentially a glorified slow hike through the forest with a goodie bag (bucket full of mushrooms) to take home! The experts (my Russian friends) say that if there’s been a period of heavy rain, and then it’s hot for a few days, it’s perfect mushroom-picking time! So here we were on this warm Saturday morning, heading to the forest to forage for mushrooms.

As we drove, my friend started telling me mushroom picking horror stories. “So I like to wear rubber boots because sometimes there are snakes in the forest, and they won’t bother you if you’re wearing rubber boots.” I did not sign up for snakes! .... and, “people often go missing after picking mushrooms in that forest over there because it’s easy to get lost.” I was not planning on going missing today!

Of course, I didn’t have any appropriate clothing or shoes. My first time picking mushrooms was three years ago in a forest by my friend’s dacha, and all I remember is repeatedly asking, “Is this one edible? What about this one?” but I definitely don’t remember what outfit I was given to wear that day.

I made sure to wear long pants, but an important prerequisite for trekking through the forest is long rubber boots, something like a long rain jacket with a hood and lots of mosquito repellent. It’s good my friend had spares ready for me! She also had on a high-visibility safety vest so I could find her easily if we got lost, and a bandana to protect her head, which I later learned was for the spider webs and twigs that come your way. Definitely taking something to cover my hair next time!

In my mind there would be a pretty winding path through the forest with mushrooms on both sides, but in reality we were literally climbing over and on trees, through unknown patches of moss and twigs and the like, as if we were trekking in places no one had ever trekked before.  At one point I saw what looked like a giant worm, or a tiny snake; it wasn’t clear what it was, but after all the stories, I was a little terrified.

Some of the tricks to mushroom picking that I Iearned during that trek were:

…. and according to my friend “if you really feel like picking it, it’s probably edible” - although I don’t think I’ve quite developed that instinct yet because I was wrong pretty much most of the time. But if you don’t know what you’re doing, ask and ask again.

There are also important strategies for not getting lost, like uploading the map on your phone beforehand and marking your car’s location on the map, staying near the road, and identifying your location based on the direction of the sounds on the road.

Picking mushrooms can be fun, but I think the best part of it is enjoying the green and fresh air with a “purpose”! After 4 hours, and 3 different forests, we found loads of delicious mushrooms that got fried up and turned into a delicious mushroom tapenade.