Best Getaways From St. Petersburg on a Budget

If you already know St. Petersburg like the back of your hand, it’s high time to get onto the next level – Leningrad Oblast. So, stock up on food and water, put your backpack on, and get on a high-speed train (and don’t forget about student discounts) to your soon-to-be beloved destinations: exquisite park and palace ensembles, sandy coasts of the Gulf of Finland, mesmerizing caves, and stony lake-forest lands – all within your reach and wallet. 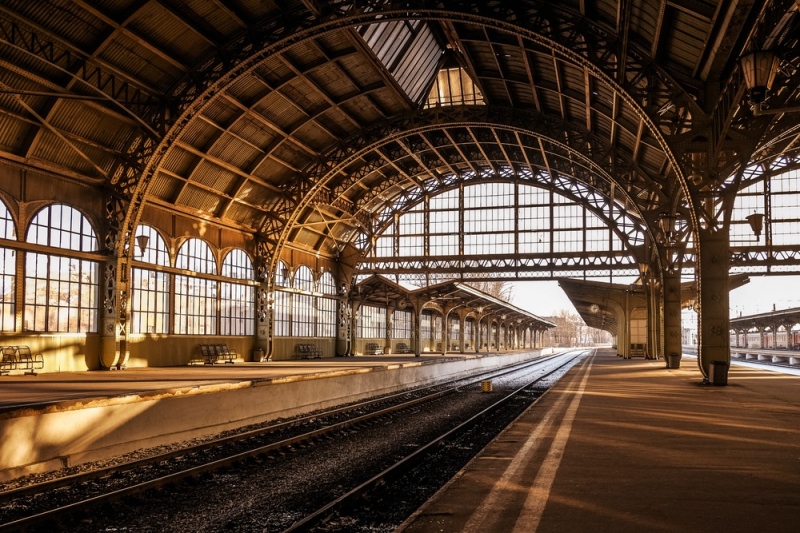 With the upcoming May holidays, rich in late-spring vibes and fun outdoor activities, you can’t help but start thinking about your future getaways. Here are some of the popular routes:

But what about spicing things up a bit and trying somewhere new? So, if you’ve already ticked some of these off your list and want to add a few more, join us on our virtual journey to the hidden gems that are only a train ride away from the city.

Carrying the name of Mikhail Lomonosov, rightly called the father of Russian science and education, the town of Lomonosov (Oranienbaum up to 1948) was intended as a Russian royal residence for Prince Aleksander Menshikov, the right-hand man of Peter the Great. Situated on the Gulf of Finland, the town is best known for the 18th-century royal Oranienbaum park and palace complex, which is now a UNESCO World Heritage Site – along with the historical center of the town of Lomonosov. At one end of the park lies the Grand Palace, an opulent example of the Petrine Baroque style, the oldest imperial palace in St. Petersburg, and the only one that was left relatively unscathed by World War II.

How to get there: take a minibus (K-300) from the Avtovo metro station or a suburban train from Baltiysky railway station – the trip will take around one hour.

If you’re in search of sandy coasts and the gentle aroma of pines, explore the town of Repino on the Karelian Isthmus. Previously known as Kuokkala, the town was renamed in honor of its most famous resident, the famed Russian painter Ilya Repin (among other well-known residents are Vladimir Lenin and the poet Korney Chukovsky). With its blend of stunning nature and charming countryside vibes, it's a perfect spot to spend some time away from the city: have a lively stroll along the town, contemplate its architecture and local landscapes, walk barefoot in the sand, and then mark your day with an authentic feast inspired by the 19th century at one of its many restaurants.

What to see: Ilya Repin's Memorial Home “Penates,” Tower of Scheherazade, and Arbor “Temple of Osiris and Isis”.

How to get there: take a minibus (K-400) or a suburban train from Finland Station – the trip will take around one hour.

Just an hour away from St. Petersburg lies a haven for all adventure and nature lovers. The name bears the name of Sablino, a former mine turned into a place of attraction: an underground labyrinth of 14 caves stretching for dozens of kilometers. It’s renowned not only for its natural wonders – grottos, waterfalls, and canyons – but also the mind-blowing monuments, one of them being the Underground Chapel of St. Nicholas the Wonderworker, which hosts meetings of worship and concerts of sacred music.

What to see: Sablino caves, the Underground Chapel of St. Nicholas the Wonderworker, valleys of the Tosna and Sablinka rivers, and waterfalls.

How to get there: take a minibus (610A) from the Zvyozdnaya metro station or a suburban train from Moskovsky railway station – the trip will take around 50 minutes.

NB: the caves are open only for guided tours! You can find some options here.

For a breath of fresh air, head to the north and discover the beauty of Karelia – the land of crystal-clear lakes, gushing waterfalls, and steep cliffs. The main interest here is Ruskeala – a mountain park with numerous facilities, the heart and soul of which is the famous marble canyon. Here, you can go diving or hiking, take a trip down the river, dive into the history of marble mining, or ride a zip-line.

How to get there: take a suburban train from Finland Station to Sortavala and switch to a bus or the Ruskeala Express – the trip will take around six hours. Plus, don’t forget about park tickets (350 rubles).

And last but not least is Staraya Russa – one of the oldest Russian cities which dates back to the 12th century. Located in the Novgorod Oblast, the town has a legacy as a former production leader in salt and brine, as well as a fashionable 19th-century spa resort graced with the presence of prominent figures in Russian history. Being long famous for mineral sources, this small, historical city attracts tourists from all over the world even now. Do you wonder why? Here, you can trace the footsteps of one of Russia's greatests, Fyodor Dostoevsky, and see the inspiration for Skotoprigonyevsk, the fictional town from The Brothers Karamazov, with your very eyes.

What to see: Dostoevsky Memorial House Museum, Voskresenskiy Cathedral, and the Well-Spring.

How to get there: take a suburban train from Moskovsky railway station – the trip will take around seven hours.

For more travel ideas and tips, as well as inspiration for future getaways, check out our stories on the hidden treasures of St. Petersburg and perfect places for outdoor adventures. Stay safe and explore each nook and cranny of our beloved region.