Sergey Makarov is one of the youngest DSc holders at ITMO University. Together with Anvar Zakhidov, a professor at the University of Texas in Dallas, he led the formation of ITMO’s Laboratory of Hybrid Nanophotonics and Optoelectronics. Sergey has been nominated for various awards, including the President of Russia Award for Young Scientists in the Field of Science and Innovation and Research Excellence Award Russia as the youngest and most productive author in materials sciences. Not only does he run the laboratory, conduct research, and publish articles but also organizes conferences and international schools, and works as an editor in two scientific journals. ITMO.NEWS talked to Sergey to learn more about how to succeed in science, why it is important to reach out to the widest audience, what football players and scientists have in common, and whether it is possible to research on your own. 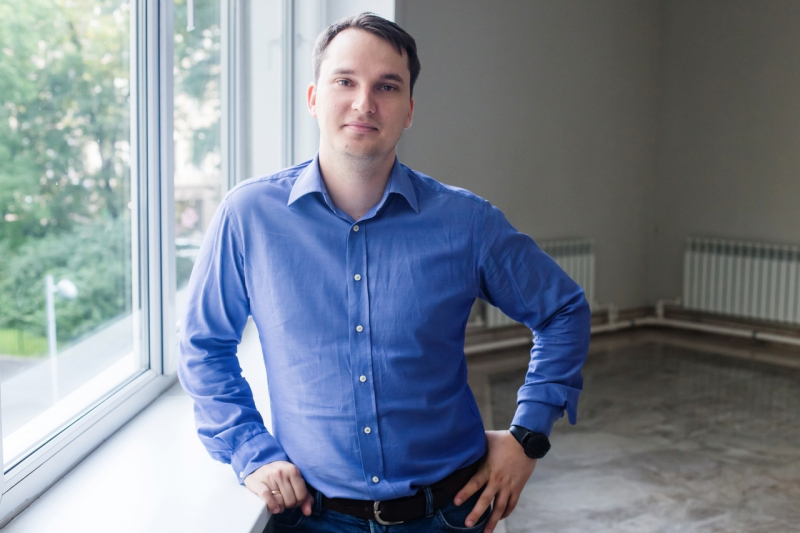 Sergey, you’ve recently won the Elsevier award. Could you tell us more about it?

The commission takes into account researchers' scientometric indicators: the number of publications and their citation index over the past three years. At the same time, your articles should be featured in high-impact journals covered in the Scopus database. It’s also really important that they’re in fact recognized journals as Scopus can sometimes exclude publications from their database for unethical behavior such as falsification and unscientific materials.

Why were you nominated in the Engineering Sciences category and not in Physics?

The topic of our research is quite interdisciplinary, so it’s hard to tell for sure whether it’s pure physics, materials science, or even partially chemistry. In fact, we want to create advanced technologies and thus I think that this category is rather a good fit for us.

Why do you think your work is so highly cited? Does it have something to do with the specifics of your research or with the fact that it's a new field?

On the one hand, our laboratory possesses a wide range of different competencies – from both fundamental theory and special experimental methods – that allow us to carve our own research niche.

Materials science, on the other hand, is a highly competitive field. Hundreds of laboratories around the world are engaged in similar research. That’s why we try to study such popular topics as solar energy using unique approaches and methods. This attracts the interest of other researchers, too, and international teams that don’t have enough competencies in our field are eager to collaborate with us.

How important is it that international researchers want to work with you? Is it more about prestige or are collaborations crucial for the development of science?

The award’s founder touched upon this topic during her welcome speech at the Research Excellence Award Russia 2021. Russia is included in the top-10 scientific leaders, yet it has the lowest rate of international collaborations, and this needs to be increased. After all, such collaborations help domestic science become more open and popular.

Some award winners believe that the key to success lies in joint research because such articles have a higher citation index and draw the attention of the global scientific community.

However, international collaboration is a tremendous commitment and a lot of work. You’re challenged to present certain results meeting a wide range of standards – from quality to presentation – in a short time. While you’re engaged in measurements, several labs are already waiting for your results and records. It’s all rather intense, and the entire team should be fully dedicated and committed to the process.

Was this field innovative when you only started to develop the laboratory five years ago?

Our laboratory combined new trends in the field of materials science, perovskites in particular, and one of our strengths – nanophotonics. Back then, we saw halide perovskite as a completely new but also an extremely interesting class of materials. This led to the creation of our laboratory – a space bringing together physicists with competencies in nanophotonics and specialists in materials science. These seemingly different fields managed to find a common ground at our university. As a result, now we can create truly interdisciplinary projects with a good potential for further application. I’ve never seen anything like this before. Our laboratory may not be the best in the world but our approaches are indeed unique.

Did you face more challenges or bonuses while working in such a pioneering field?

At first, it was hard. As they say, we were groping around for answers. On the one hand, we enjoyed studying new materials and their properties but on the other – our incompetence slowed down our work in nanophotonics. Often, our ideas and hypotheses faced insuperable obstacles, and we had to give up on them.

Now, we definitely better understand the material and know how to process it to obtain nanostructures of certain shapes and sizes. So, it’s high time to move further and find its applications in engineering.

So, does it mean that you received your first megagrant for future potential rather than already hard-won achievements?

When applying for such major grants, it’s essential to prove your scientific groundwork, which we did. As a rule, the board includes international researchers. In our case, it was Anvar Zakhidov, one of the leading experts in perovskites. We wanted to combine our competencies in nanophotonics with that of Professor Zakhidov and see what happened. This is basically the essence of the megagrant.

Our application included a whole list of our project’s potential use. We also shared our plans on developing new devices with improved properties. In the end, a lot of what we said was implemented exactly as we wanted or even better.

What can you say about the second megagrant?

After four years of work, we understood the drawbacks of perovskites and pointed out certain aspects, which are in need of improvement. So, we had a deeper and more detailed knowledge of new materials when applying for the second grant. And our supervisor was Vulkan Demir, an expert in laser technology and nanolasers. This a higher-level project: it requires not only knowledge of materials but also technologies for developing the needed structures. Before we only studied the material and now we’re learning to use it for creating more complex products – basically, this is the next logical step in developing perovskite nanophotonics and nanophotonics in general.

What is your secret to attracting international collaborators? Is it in networking or regular participation in conferences? And how important is it to share your work with the scientific community?

With hundreds of articles published annually in journals, there is little chance that you'd be discovered somehow. Indeed, you need to share your research and its results with the widest possible audience. Of course, researchers who don’t attend conferences and widely present their work should also be recognized. But their work won’t become known unless it’s a breakthrough.

On the other end of the spectrum, we have popularizers who are frequent speakers at various conferences. They are great orators and have their own audience. However, the scientific community often sees them as lecturers rather than scientists, not expecting much from them.

I think the key lies in the balance. You should have the chance to work in an undisturbed atmosphere (your office or laboratory) to bring your project to an end. And only then, when you obtain some remarkable results, it’s time to bring them into the world through press releases and conferences.

You often stress that today’s scientists should be as public as possible, meaning that they should reach out to wider circles. Why do you think so?

We can draw an analogy with football players. This profession wouldn’t be so prestigious and wouldn’t bring athletes multimillion-dollar contracts and world fame if they trained in closed areas and didn’t let anyone participate in their activities. The same is true for any other field. The openness makes a profession more understandable and attractive to others.

When we understood that young talents speed up science, we started looking for ways to attract more of them. Nowadays, such formats as Science Slam, consisting of open talks about science, are becoming more and more popular. And, in fact, this is difficult yet insightful. I think that scientists should talk about their breakthroughs in the media. Perhaps then more young talented people will find this profession more attractive and see how much is going on in science.

There is another problem in Russia, namely, the separation between industry and fundamental science. The cause partially lies in the reluctance of scientists to talk about science in simple terms, so that, for example, factory engineers could understand. Obviously, non-specialists won’t read articles in scientific journals or attend conferences and as a result, they won’t learn about advanced technologies, which may come in handy in their work. Our experience shows that the more we talk about our results, the more often our industrial partners turn to us.

And what do academic circles say about it? Do they criticize such behavior? Or maybe think that it’s a simplification of science, populism, and so on?

I’m sure that most young scientists get stuck when journalists ask them to talk about their research in simple language. This is actually a very difficult task. People have more respect for researchers who are able to talk about difficult things in a professional and understandable manner rather than for those who act as though their field is beyond comprehension.

Blog and media articles are also a great chance for scientists themselves to find insights into narrow topics. For example, I'm not exactly an expert on crystals but from time to time, I enjoy reading press releases by people who understand this topic much better than me and present their discoveries in an accessible form.

Scientists who exaggerate their results and tell stories that aren’t true are also not favored. But there is a fine line as some journalists love to create sensational headlines.

This is all great, but how can you keep up with everything? You have to work on research, write articles, attend conferences, talk to journalists, and also blog. How do you prevent work burnout?

The secret is simple: I enjoy doing what I like. It’s all extremely fascinating, especially when you create something new or more precisely, participate in this creation. There must be a division of responsibility: one person certainly can’t do everything on their own. There’s always a large team behind any research. And I mean not only our lab team but also the faculty and the university. It’s impossible to divide contributions. They help us with equipment and bureaucratic issues, hold such events as coaching, and support our participation in conferences. When everyone works together but plays their part in research, it increases the efficiency of the whole project.

Do nominations for different awards and grants motivate you even more?

Of course, it’s nice to know that your work is needed and important. And I’m glad that the Russian government allocated money for cutting-edge fields that may not bring results yet but are relevant to the whole world.