In 2019, ITMO University and Sberbank expanded their collaboration to the field of robotics and this June witnessed the first ever graduation from the Robotics and Artificial Intelligence corporate Master’s program. Students of the program had the chance to take part in a contest for the opportunity to complete their theses at the Sberbank Robotics Laboratory, thus getting access to the company’s mentors and unique equipment. 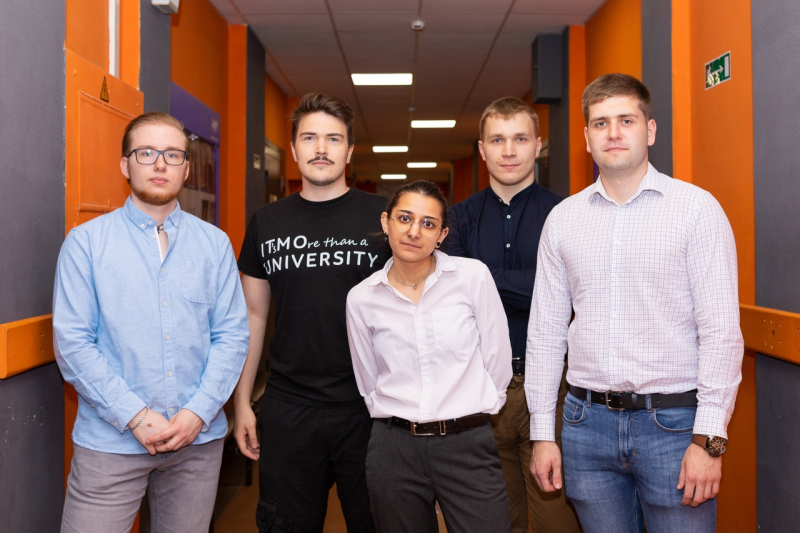 “We aimed high from the start – we wanted to create the best Master’s program in robotics in Russia within a small time frame,” says Sergey Kolyubin, a professor at ITMO’s Faculty of Control Systems and Robotics and head of the Robotics and Artificial Intelligence Master’s program. “Naturally, we could only achieve this with powerful and insightful partners.

“We have a wonderful collaboration with the Sberbank Robotics Laboratory, as our colleagues are ready to invest not only funds but also their time and expertise into our program. Moreover, this laboratory is our link to Sberbank’s own robotic departments (SberAutoTech, SberDevices, etc.) with thousands of developers, which gives our students and graduates opportunities for internships and future employment. Over the time of this collaboration, we’ve seriously reconsidered our curriculum, focusing it now on the combination of robotics and AI. But this program is not about lectures only, we offer our students invaluable experience of working on projects. We also organize national and international educational events (the Robotics track of the I Am a Professional contest, WeCoRD summer school in portable and collaborative robotics, etc.).”

Over one and a half years students had been working on actual cases in robot engineering and training, developing robot control systems and human-machine interfaces, as well as taking regular visits to the Laboratory on business trips, where they received competitive salaries for their work. They could use all of their own ideas in publications for leading international conferences, as well as for their Master’s theses.

This June, students defended their theses and this July will see the Projects Demo Day, when students will demonstrate the applicability of their solutions on hardware for the staff of the Sberbank Robotics Laboratory and other departments of the company.

“As part of the industrial internship program, ITMO’s Master’s and PhD students were involved in actual challenging projects of the Sberbank Robotics Laboratory. Students worked on improving the construction and object capture of the humanoid robot iCub, perfected the way robots walk, as well as worked with navigation and environment recognition in mobile robots and control of robot manipulators. Every student demonstrates a high level of training and is very motivated,” comments Alexey Gonnochenko, head of the Sberbank Robotics Laboratory. “This internship program is a very important part of the Laboratory’s activity, because it allows us to broaden the scope of research by testing additional hypotheses, as well as increase our recruitment funnel.”

ITMO.NEWS asked the graduates about their projects, achievements, and plans for future collaboration with Sberbank.

Evgeny Khomutov, a graduate of the Master’s program in Robotics and AI, specialization Biomechatronics

My project was about designing a hand for the iCub humanoid robot, which is about the size and shape of an eight-year-old. Many labs use iCub as a testing field for machine learning algorithms, computer vision, navigation, as well as to study human cognitive capacities. The robot’s main advantage is that its developers equipped it with all possible control systems – which makes it possible to use it for research in any field. Such robots aren’t used in the industry and are produced specifically for robotics labs to be used in research.

In the time I spent on the project, I managed to design a new hand for the robot with improved loading and repetition capacities. The downside of the original one is its reliance on a system of cables that wear down and stretch over time, so they have to be constantly adjusted. That leads to the hand bending at varying angles from use to use, which means it can’t perform one and the same movement in exactly the same way.

We have designed our hand with morphological computation, meaning that we’ve integrated part of the control function in the mechanics itself. We also use a multitude of stretchable elements in the design, which makes it possible to control the whole hand with only four motors, whereas the original uses nine.

In the coming month, over our next trip to the lab, we are planning to polish this design, assemble it, and install it on the robot.

Dmitry Ivolga, a graduate of the Master’s program in Robotics and AI, specialization Intelligent Robotics

I am in the same team as Evgeny, so while he is busy designing the hand’s mechanics, I am developing its software and hardware. My task is to bring the unique mechanics to life, make it perform adaptive captures, and connect it to iCub so that it functions.

My task is challenging because the hand is rather small, while the robot itself has a complex ecosystem and internal structure, which makes it hard to attach the hand.

Our hand has more sensors – for instance, iCub doesn’t have proximal phalanx sensors to recognize pressure and we added them. But generally our solution is meant to ensure reliability and movement stability, because iCub is a great robotics platform that unfortunately isn’t very reliable. For instance, it’s arm once malfunctioned because its cables blew out. And it’s not always possible to replace separate parts of the robot because of its complex design.

Ilya Dovgopolik, a graduate of the Master’s program in Robotics and AI, specialization Mechatronic Systems and Technologies

My project involved research of algorithms responsible for object capture, relocation, and manipulation. I planned the robot’s motion for the times it has to move around obstacles. This algorithm can be applied not only in this robot and not only for hands, but also, say, for feet.

I proposed a new algorithm that hadn’t been done before. My algorithm is faster, it uses less memory, and is overall more efficient. The algorithms we used as a basis had a serious disadvantage: they stored a large amount of data about the environment that would never be used to find a trajectory. I found a way to disregard those unused spaces. At the same time, the algorithm is based on a random dataset, meaning that it analyzes parts of the environment at random. This ensures higher operation speed and makes it possible to not store unused data.

Roman Zaschitin, a graduate of the Master’s program in Robotics and AI, specialization Biomechatronics

I study galloping four-legged robots and my task is to teach them to run properly, not just in a straight line, but fast and efficiently. It is all possible with machine learning.

You can, of course, recreate walking manually by instructing parts of the leg to turn at a specific angle at a specific time. You can also approach this problem with maths and complex controlling, but this also takes a lot of time and resources. Finally, you can simply give the task to a machine learning algorithm that can generate the walk based on specific parameters that we set for it.

Essentially, we want to make life easier for the engineers working with two- or four-legged robots. Naturally, there already are many solutions that use either very simple control methods or model predictive controllers – but all of them require quite a lot of complex mathematical calculations performed by the robot. This means that to run properly the robot has to perform multiple calculations and carry around a computer for this very task.

Our project is now at its final stage, we only need to polish the walk so that it is more realistic – it is one of the parameters used to evaluate the performance of the neural network.

Elena Sokolova, a graduate of the Master’s program in Robotics and AI, specialization Intelligent Robotics

My task is to develop an automated module to generate texts in natural languages, as well as a voice interface to demonstrate how it works.

Automated systems for natural language text generation can serve as a method to model human cognitive abilities. We drew a parallel between the way human thinking and language interact and modeled human-robot communication based on that. We intended our module to be universally applicable – it can be used as another function of a voice assistant such as Siri. Our solution is based on the GPT-3 neural network that we trained according to our aims.

We also had a narrower task as well: the robot had to generate stories in Russian with the objects it sees or interacts with. The idea is that users start the story and the algorithm continues it, reading it out loud. At the same time, the story features the objects that the robot recognized with the help of computer vision. You can talk to this robot about the weather, your day, or use it to tell fairy tales to your children. Moreover, during your conversation the robot will suggest playing Akinator.

Our project is unique because only a handful of people in Russia work with automated text generation. It is often seen as a playground for amateurs, whereas research publications on the topic are few. So we wanted to bring this field into science.