Having moved to the United States ten years ago, Alexey Ivanov is now a principal engineer at Dropbox. ITMO.NEWS talked to the ITMO graduate to learn more about what difficulties he faced when moving to a new country, how much IT specialists earn in Silicon Valley, and how different business cultures in Russia and abroad are. 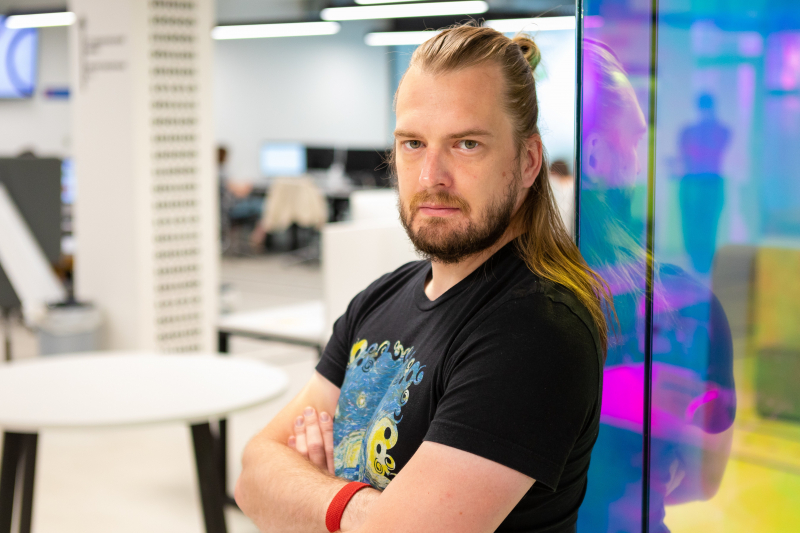 Alexey, could you tell us something about yourself? Where are you from? How did you get into ITMO? And what did you study at the university?

I was born in Kiselyovsk, Kemerovo Oblast. Sometime later, my family moved to St. Petersburg. My mom believed that kids should explore different things to find something they would enjoy. So, as a kid, I tried everything from ballroom dancing to programming and decided on the latter. I took programming courses and then started to study instrumentation at ITMO.

While studying at the university, I also did some small projects on the side in various fields such as system and network administration, video engineering, 3D modeling, HTML, CSS, and website development. I wrote loads of articles for Habr, too. One of my articles on FreeBSD got me noticed. After its publication, I received many job offers and as a result, I went to Moscow. There, I worked in a startup for a year before I got into Yandex.

I spent almost all my adult years in St. Petersburg and was a bit overwhelmed when I had to move to a different place. But my friend gave me great advice. He said that I should set up job interviews, get a night train to Moscow, do my best, and return home. After I got a job, I could rent an apartment there and start working. I couldn’t believe that it was that easy.

Some residents of St. Petersburg say that the best thing about Moscow is the high-speed train that gets you back home in four hours. It’s surely a joke but did you have a hard time adjusting to a new city?

I’m not a great example. For me, every day was the same: home to office, office to home. At that moment, my girlfriend (now my wife) lived in St. Petersburg. On weekends, we traveled to see each other. So, the best thing, in my opinion, is not just the train but the night train. This is how it was for some time, we practically lived in two cities until she decided to move to Moscow.

What did you do at Yandex?

When I worked there, Yandex had a huge project going on. They wanted to switch from FreeBSD and adopt Linux. I was mostly engaged in search systems and infrastructure, the lowest level between a hardware and running program. Search systems combine various chain programs. Users send a request that goes through these chains to find the answers in one of the many databases. Then, it returns back, ranks, formats, and gives the result. All in all, I worked there for three years, two of which I spent in Moscow. Then, my wife and I set off to Southeast Asia and I had to work remotely for a year.

How did you make up your mind about the move? And how did you get a job in the US?

I moved to the US in 2012. It was easier than it sounds. Somehow, it was much more challenging to get into Yandex than in some American companies. The thing is, interviewing is a skill in and of itself, and you can master it, just like any other skill. Especially since you speak English during interviews.

What I did was, I chose 50 companies and ranged them from the least to the most interesting. Let’s say you’ve always wanted to work at Google, then you should put it at the end of your list. This way, you will gain the needed experience before interviewing for your dream job. In my case, half of the companies either didn’t contact me or rejected my application, while the other half set up phone interviews. Half of them were failures, others went great but we couldn’t agree on terms. In the end, I had three job offers and I went for Linkedin. Ironically, I found this job on the platform itself.

What did you do there?

I dealt with traffic. On the whole, computer engineering is all about data, as well as its flow, processing, and storage. And everything else – services, apps, and everything in between – are based on these three pillars. At Linkedin, I focused specifically on data transfer or, simply put, ways to deliver a user’s request from network hardware to servers running deep in American data centers.

What difficulties did you face? Was it hard to adapt to a new country?

My company helped me out a lot. So, it was much easier this time. In Russia, it’s hardly possible to purchase a good car, if you have 500,000 rubles. While in the US, I could apply for an interest-free loan from a bank or my company. Plus, I work as an IT specialist in Silicon Valley. So, it’s less of a problem for me.

How much do IT specialists make in Silicon Valley?

Salaries vary greatly in Silicon Valley. If you’re offered a job and relocation, you’re likely to start off with about $100,000 or higher.

Why did you decide to leave LinkedIn for Dropbox?

I have a rule. Once a year, I do interviews with other companies despite how satisfied I am with my current situation. Thus, I can get insights into in-demand fields, the latest trends, and interviews. Just like I did last time, I came across this offer via LinkedIn, too.

The company sought a new traffic specialist. It was an interesting offer. Although their website’s traffic can’t entirely take on that of Google or Facebook, these are still crazy amounts of information. Back then, it was a rather small company with around 500 engineers, including product engineers, and only 60 people in the infrastructure.

What soft skills are essential for specialists wishing to succeed in Silicon Valley?

You’ll experience ups and downs along the way but you should be able to get through. Throughout my school years, teachers always said that I would never amount to anything. Surprisingly, it was a great life lesson for me. Thus, I learned not to give up. I know that it can be hard when you get ignored or rejected but being able to move forward is a great skill.

The same is about the ability to break large tasks down into smaller ones and deal with them step by step. And, finally, you should be able to see smaller tasks. When we do interviews, we get our candidates to cope with problems independently. If they can do it, it means that they are great specialists.

There are many Russian IT specialists working in Silicon Valley, they’re quite in demand. Why do you think that is?

That’s true, and that’s why I didn’t quite assimilate into American culture. My wife and I are Russians, and my colleagues are either from Russia or the CIS countries. At one point, we hired 20-25 people from Yandex and other Russian companies. There were times when we spoke only Russian during meetings. But it was not quite what we needed. We had people with similar mindsets and backgrounds, and it’s better to have a diverse team in terms of gender, race, and work experiences.

I can’t really say why Russian IT specialists are so popular right now because I am not that familiar with the new generation. Our team usually hires people who we know or worked with. So, I can’t say much about the last ten years.

Yet the previous generation was mostly self-taught. When they started, there were no such specializations. For instance, I had neither system administrator nor DevOps/SRE at the university, let alone anything like web traffic. This is a rather narrow field that constantly evolves. So, there is no point in creating a relevant educational program that will be outdated the next day.

People who we hired didn’t get a good salary in their home country, and we were looking for highly qualified specialists. But again, this generation has specific sets of knowledge. On the one hand, they have deeper insights into how things work but, on the other, they have gaps in their knowledge because they had to learn everything on their own.

Nevertheless, there are a number of perks. Russian engineers are good at self-learning, as well as hardware and operating systems. Moreover, most Russian people have a university degree, which is not so common in the US.

What can you say about Russian and Western business cultures?

I’m not the best person to answer that. Yandex has drastically changed over the past years. The company took care of various problems, for instance, salaries. As far as I can remember, Russian employees had no clear picture of their career development and level systems. Whereas Americans have no trouble reaching out to their managers to learn more about their salaries and positions. Managers will consult them, too. They will tell them what they should work on to increase their salary and receive various bonuses.

At Yandex, we had few working meetings with our colleagues and the ones we had were usually informal, while LinkedIn and Dropbox are all about formal communication. Here, it’s important to maintain balance, that is, offer different forms of interactions so that the representatives of different departments have an understanding of what’s going on in the company.

Most specialists from Russia struggle with soft skills. They can easily ace technical interviews but they have difficulties when it comes to communication with clients. This was particularly clear ten years ago when I moved to the US.

How can universities and graduates help each other? Should young specialists stay in touch with their alma maters?

This is a common practice in the US. American companies often hire graduates and universities offer special programs and internships for students. Every summer, Google offers thousands of positions for interns. There is a shortage of computer science experts, so they are in high demand. And students get to choose where they want to work, be it Google, Apple, Microsoft, or Dropbox.

What advice would you give to someone just starting their career?

The best you can do is to boost your soft skills. This is one of the qualities and skills employers are looking for right now. Don’t be afraid to be rejected and never give up. You should explore different fields to find something you genuinely enjoy. Chances are, you won’t do what you studied at the university but something else. So, it’s a good thing if you try your hand at various spheres first.