ITMO University Graduate Dmitry Vavulin on His Love for Physics, Science, and Working at Yandex

Ever since his school years, Dmitry Vavulin wanted to become a physicist. He graduated from ITMO University’s School of Photonics, defended his PhD thesis. But after his PhD studies, he decided to transition from physics to IT and focus on applied work. In this interview with ITMO.NEWS, Dmitry talks about his physics research, academic competitions, student years, and working at Yandex. 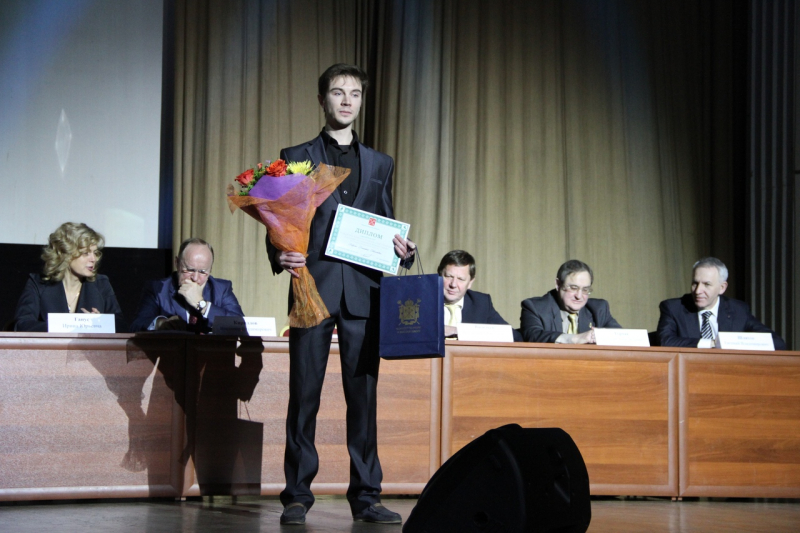 “I dreamt of becoming a theoretical physicist”

When did you realize that you liked physics better than any other subject?

I fell in love with physics even before it appeared on my school curriculum. In the seventh grade, I became a top student in this subject and decided to transfer from my humanities school to the one specializing in physics and maths. Studies there were, of course, significantly harder. In the ninth grade, I even got an F in physics for one school term despite the fact that I put in a lot of effort and the teachers told me that my problem-solving wasn’t bad. Interestingly, even at the time when my grades were poor, my attitude towards physics didn’t change: I loved this science and wanted it to be my profession.

How did you choose the university?

In the 11th grade everyone was mulling over where to apply. Truth to be told, ITMO University was a popular choice in my school: more than half of my class decided to study there. I also opted for ITMO, choosing the School of Photonics because it required a high admission score and I figured that the students there would be motivated, and the program – interesting and complex.

Whom did you want to become when you were applying to the university?

I dreamt of a scientific career, and wanted to become a theoretical physicist writing research papers. When I was reading physics textbooks and seeing the names of great scientists, I was thinking about how wonderful it would be – to leave your mark in history,  and make the world a little bit better with your research. I wanted to do the same.

What memories do you have of your student years?

The first year was just fantastic. I wasn’t one of those straight A students who get nothing but praise at school and then face difficulties at university, fail their exams and fall into a depression. I experienced all that at school, which is why I felt comfortable. Physics and maths were a success: I did extracurricular studies and took part in competitions. In my third year, I placed tenth at the National Physics Competition for Students, after which I was offered to train the university team for similar events. I did just that for more than two years, and together we participated and won in competitions.

Did all this leave you any time for science?

Yes, at the time I did practically nothing else, dedicating most of my time to science. In my fourth year, I became the chair of the student SPIE (an international society for optics and photonics) chapter, received a travel grant and attended a conference in the US. I got offers to move to the US and study for a Master’s degree there – by the way, this offer came from an ITMO alumna. But I refused. At the time, I was really enjoying my education process, I knew that I had a lot I could learn at ITMO, so I didn’t see any point in leaving for the unknown.

What were you like as a student? Did you have fun or focused on studies 24/7?

There was a bit of both, but at a different time. In the first couple of years, I was a bit of a nerd: I studied all the time, read physics textbooks in the subway, solved scientific problems during philosophy or descriptive geometry classes. I really loved physics: I even spent my winter holidays in my first year at uni solving academic competition tasks. In my Master’s, I started spending more time with my friends and classmates, attending student events. I remember how one time we went to Kiev to attend a KVN game because the ITMO team was taking part – and it was amazing. Apart from that, starting from my second year I would go to Yagodnoe each summer because I tried to develop in a balanced way and put considerable amounts of time into sports.

At what point did you start doubting your decision to become a theoretical physicist?

Already during my Master’s I started to realize that Russian science isn’t just research but also an enormous amount of red tape. There was even more of that in my PhD studies. But I made a final decision in favor of practice rather than theory when I chose to work at Yandex and not at Max Planck Institute in Germany.

Did you get those two offers at the same time?

Yes, after defending my thesis. I even went to Germany, too. I liked the institute, but realized that I could achieve more at Yandex.

Many prefer science because it offers more unconventional tasks, there’s no office routine. Do you ever get bored at Yandex?

I do analytics at the Department for Geo-Targeting Advertising and Business Services (Yandex.Maps, Yandex.Navigator) and face challenges on a regular basis. If I learn to solve one specific task, I don’t carry on solving similar ones according to a template but work to automate the process in order not to squander time on routine tasks going forward. At Yandex, there is an opportunity to attend conferences and participate in them with your own reports if you’ve found some new solution, what’s more, it gathers the “competition squad” from ITMO, Moscow Institute of Physics and Technology, Lomonosov Moscow State University, Higher School of Economics and others – you are surrounded with people who love to solve unconventional tasks, and developing with them is very interesting and cool.

What would you have changed if you’d known that your work would have an applied focus?

If I’d known how everything would pan out, I’d have started programming much earlier – I think I’d have applied for an IT major and done my best to get into the joint Master’s program by ITMO University and Yandex because it would have come in really handy in my work.

Did you transition to IT to earn more or just because it didn’t go as planned with science?

I didn’t do physics because of money, I did it because I liked it. I wrote a couple of good articles during my PhD studies, and all in all could continue my scientific career and earn money from my research. It’s important to understand that you can have a good income in science, there are scholarships and research grants. Science allows you to meet wonderful and very interesting people, travel in the framework of “academic tourism”, and be published in prestigious journals. I transitioned to IT for practice, so that I wouldn’t have to fill in tons of paperwork but could also focus on interesting and unconventional things.

What would be your advice for young people who are only just applying to university or beginning their career?

You should focus on what you like. I took great pleasure from attending lectures, participating in physics competitions, and conducting research. Don’t blindly follow people who say, this is the thing you need, or this is trendy and prestigious. Trust yourself: if there’s something you find interesting, do that, because only genuine curiosity produces expertise and motivation to move forward. When you have a field you know your way around, you won’t ever be lacking: there will be work, a sense of calling, and an income.