Alexander Zverev, an ITMO graduate and the head of Business Development at Yandex.Verticals, was ranked among the top 1,000 Russian managers in the Online Platforms category. Every year, the Russian Managers Association and newspaper Kommersant conduct expert voting to award the best professionals across the country. ITMO.NEWS talked to Alexander to learn more about his career path, what differs Yandex from other companies, and what traits and skills modern graduates should work on. 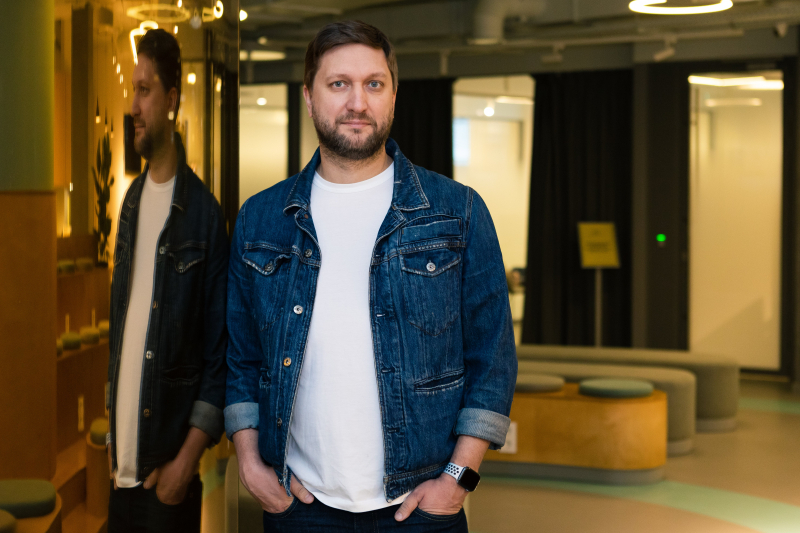 First, I’d like to congratulate you on making it to the top of the ranking! On your FB page, you said that it wasn’t entirely your doing. Why do you think so?

Well, no matter how hard the organizers sought to ensure the highest possible degree of objectivity, a little bit of subjectivity remains. Yet they did their best and even introduced this cool feature: we could vote for each other on the website and thus exchange valuable feedback. However, in a sense, it means that the more known you are, the higher your chance to make it to the top. The thing is, public companies are more likely to receive positive reviews. That’s why I can’t fully take the credit for this victory. Much of the credit goes to PR specialists: they recommend me the events with the biggest coverage for my presentations.

Plus, there is always a group of great people behind any achievement. Over 600 people work at Yandex.Verticals, so this was definitely a team effort. I believe that great leaders should motivate others – that’s why I emphasized this in my post.

How do you inspire your employees?

People want to know that they make a difference. If you feel that you belong, your company supports you and takes notice of your achievements, then you will work more efficiently. The same if you’re highly motivated. Therefore, I recommend people to look for companies that will make them feel happy and valuable. At ours, these tasks lie with HR experts who help employees find their place and understand their career prospects. Plus, employees should know for sure why they go to work every day, otherwise, we’ll have to say goodbye to them and look for those who will strive to grow professionally.

You graduated from ITMO in 2003. Has your university education somehow helped you in life?

I’m beyond thankful for my experience. I came to realize it not so long ago. Up until fairly recently, I believed that “I’m the smartest and most talented person” and now I switched my narrative to “I’m lucky to be where I am now”. At the university, I was around nice and bright students who always looked out for each other. I guess I felt  a bit behind and had a hard time mostly because I hadn’t finished mathematical school as everyone else did. However, teachers gave us lots of tasks and encouraged us to think over things. This helped me master hard skills later.

How did your career kick off?

I’ve been into programming since my fifth grade and wrote my first code when I was eleven. Since then, I’ve dreamed of working in this field. In ninth grade, I got my first money: ten dollars for a competition program. Then, like many students did in the 00’s, I started working in about my third year of studies: I developed software at night. Even working part-time, I was paid 200 dollars and this was a huge sum at the moment. Most students’ parents received less. Around the same time, I started to work for four hours at the office. There, I realized that some tasks take time and I exhaust myself working overnight with no breaks. Before that, I did all my programs in just one sitting.

What are the projects you're most proud of?

After ITMO, I founded e-Legion, which remains one of the world's top-performing mobile development companies to this day. A while back, I sold the company but it’s still one of the major achievements in my lifetime. Now, I’m proud of my team at Yandex. These are the best people I have ever worked with.

Your career at Yandex kicked off in 2012. Back then, you were working on the company’s app store. Then, you decided to quit in 2017 and in 2019, you circled right back. How did the company change over this time?

It changed yet stayed the same. On the one hand, the company remained true to its core values but on the other – it grew rapidly on so many levels. When I only joined Yandex, there were around 5,000 people there, now we have over 12,000 and it keeps growing. Furthermore, the company not only hired more employees but also welcomed new fields. And, finally, its focus shifted: where once the company evolved around the search engine and its distribution, today it has other business models that are complementary yet not competitive on some markets. One of them is Yandex.Go.

What are currently you working on?

As I say it, I’d like to increase the company’s capitalization or simply do everything to make the company more expensive, for instance, by generating innovative business models or ideas. Some of them might be unsuccessful, others, in turn, bring profit – it’s all part of the process.

At Yandex, you’re free to talk to anyone. Even within a small project, you will contact lots of people. The company’s office reminds me of ITMO’s coworking spaces. Only, here we have such spaces on each floor and can have a talk with anyone and about anything. You can even argue with your manager if you disagree with their opinion on the matter. We believe that how the truth is born. For that reason, it might be a bit of a challenge to launch a product at Yandex as your colleagues keep bombarding you with questions about your project. But on the good side, if you passed all the tests, you can be sure that your product is a success.

The company is a hub for smart people. I’ve never met so many great minds under one roof, and it blows my mind. In most cases, they are much smarter than me. Plus, these people do care, and usually you don’t get a lot of those in your life because intelligence might go hand in hand with laziness. It’s harder to motivate talented people as they think that they are already smart and shouldn’t do more. But when you’re surrounded by intelligent people with sparks in the eyes, you feel inspired to reach the top.

How do you define a successful day?

There is no common recipe for success. Sometimes, you can work hard all day long only to realize that your day wasn’t that successful after all though you did everyone you were supposed to. The thing is, when you’re in business, your results depend on other people, and sometimes clients leave. It doesn’t always have something to do with your work but some other reasons, for instance, budget cuts.

One of the ways to define success is prediction. I have this feeling in my gut about my projects. I did notice that usually booming entrepreneurs have a common trait – naivety. It can also be called positive thinking. They believe in their projects and carry on with their work no matter what. I’m trying to think positively, as anyone can criticize. This attitude helps me make weekly reviews. Say, if I feel that I did something that might potentially benefit me, then this was a successful week.

What do you value most in your work?

Definitely, drive. Like everyone else at Yandex, I want to make a difference, know what my colleagues think of me as a professional, and see how my work changes the company. And I think I’m doing quite well. People listen to me and I know I have an impact on them.

With your extensive work experience, you probably noticed many graduates who tried their best to get into Yandex but failed. What do you think future specialists lack so far?

Furthermore, they should have hard skills. Here, I think many students fail as universities have trouble keeping up with the fast-growing industry. Knowledge rapidly becomes obsolete and it’s inevitable. My programming skills are no longer current because I’ve not been practicing for a while, and a younger generation takes my ideas with irony.

Naturally, universities can’t quite keep the pace of today's industry but it’s not that crucial. It’s okay if students don’t know something as long as they keep an open mind. On this count, universities play a major role. They should teach students to think and learn new things. There are other ways to explain your mind, too. Like speed reading or poetry. I, for example, enjoy playing different tempos with different hands, on the piano. You might wonder, what’s the connection between polyrhythms and programming? But it’s an excellent way to train your brain. In the modern world, the winners are those who have more resources, and the brain is the main one.

And the third most important trait is self-motivation. The truth is, lazy people don’t win. Frankly speaking, I’m lazy, too. I’ve been fighting it for a while but I try to make the most of it by inspiring other people to do greater things.