St. Petersburg's scientists learned that that though arterial hypertension and migraines manifest themselves differently, they may have a similar origin. The researchers discovered that patients who have migraines have twice more relatives with cardiovascular problems than healthy people.  Yet, patients with migraines and normal blood pressure and patients with migraines and hypertension react to autonomic regulation of circulation tests differently.  According to the scientists, by studying the links between these diseases, one will be able to better understand mechanisms of their development and causes of frequent cardiovascular complications in migraine patients. The article was published in the Autonomic Neuroscience: Basic and Clinical. 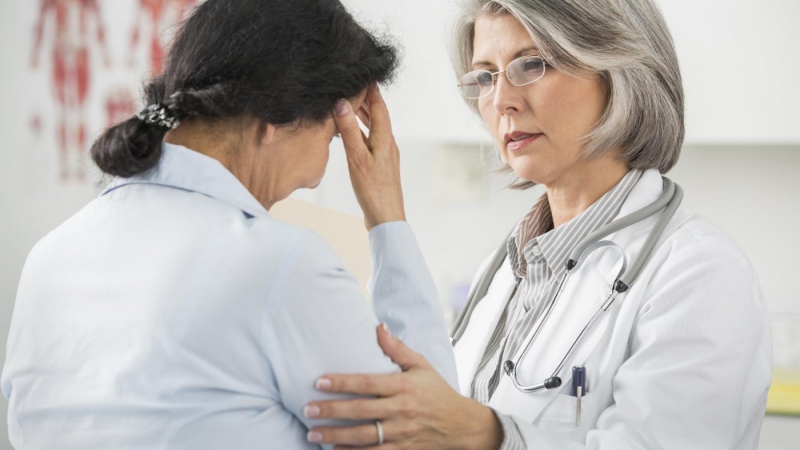 According to statistics, migraines affect about 10-20% of the adult population. The symptoms of this disease were described by Hippocrates as early as in 400 BC, but the mechanisms responsible for the development of migraines are still rather uncovered, as well as truly effective ways for its diagnostics and treatment. At the same time, many studies show that migraines can cause serious cardiovascular disorders including heart attack and stroke. In their new research, the scientists studied how migraines are associated with arterial hypertension – the most frequent pathology of the circulatory system.

Researchers from Pavlov First Saint Petersburg State Medical University, ITMO University and Federal Almazov North-West Medical Research Centre found a common pattern: regardless of the presence or absence of hypertension, patients with migraines had two times more relatives with cardiovascular disorders. According to the scientists, this could mean that the two diseases are caused by similar genetic factors.

“As of now, we cannot entirely determine the relationships between migraine and cardiovascular diseases, but the association is obvious. Migraine people more often have a family history of hypertension and other pathologies of heart and vessels. Such patients should be paid special attention, as well as those who already have cardiovascular disorders. In both cases, migraines can cause serious complications,” explains Oleg Mamontov, assistant professor of intermediate level therapy at Pavlov Medical University, research fellow at ITMO University and Almazov Research Center.

The scientists also asked their patients to take several tests on autonomic regulation of circulation. For the study, they invited 104 people with migraines at the age of about 35.  28 patients also suffered from arterial hypertension in early stages, meaning they didn’t have any complications or manifest damages to the heart and blood vessels. A control group was formed of 88 healthy volunteers.

According to the scientists, their study population lacked one more group – hypertension patients without migraines. Additional research was already conducted, though as of now, its results were only presented at the 27th International conference of the American Autonomic Society.

At the same time, as noted before, most indicators of vasomotor reactivity were enhanced in migraine patients with and without hypertension. This means that their blood vessels are more sensitive to external stimuli, and contract and expand more abruptly.

This parameter is increased in all people with migraines regardless of whether they have hypertension.

"Normally, the organism reacts to cold stress (applying ice to the chest, for instance) with a three-time decrease in the musculocutaneous circulation. People with migraines have it even more severely. Yet, those with hypertension only have a weak reaction to cold. Thus, migraine and hypertension manifest differently, yet may have similar consequences," comments Oleg Mamontov.

It's also interesting that due to physical characteristics, women are less likely to have problems with the cardiovascular system, yet are more susceptible to migraines. For female patients with migraines the risk of a negative prognosis is similar to that of male patients. Therefore, as the scientists believe, it is important to further study the joint manifestation of these pathologies and take it into account when treating and monitoring patients.