A Quick Getaway to Moscow: the Journey from St. Petersburg

There are a lot of reasons to travel to Moscow from St. Petersburg and getting there can be a fun adventure in and of itself. For a city 700 km away, it’s surprisingly close. It may not be the geographical center of Russia, but it is its center in every other way. Moscow is the hub of all activity; where meetings and conferences are held; where people come from all around Russia to gather. 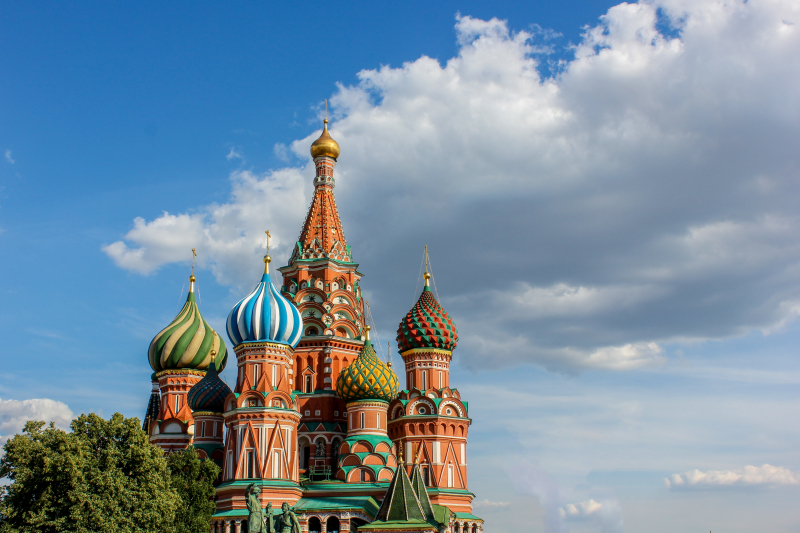 For years there has been a rivalry between Moscow and St. Petersburg, and many Russians pit them against each other. They say you must love Moscow or St. Petersburg – but you can’t love both. In the past 3.5 years, I’ve traveled to Moscow from St. Petersburg around 50 times and had loads of different adventures on my way there. So here's a quick run-through of some of my experiences to help you plan your journey to Moscow.

Fast and furious (jump on a plane!)

Several times I’ve run out of the office at 6:00 pm, jumped on the metro, hopped on the bus to the airport, arrived by 7:30 pm, ready to take off by 8:30 pm. By 10:00 pm I was already in Moscow for a good night’s sleep. It’s a bit of a commute but it’s surprisingly the least tiring way to get to Moscow, and by far the most efficient. The flight is no longer than 1.5 hours. If you don’t have luggage, it’s very often also a cheaper way to travel.

Return flights are from about 3,500 rubles and up (55 USD), depending on the time of year, day of the week, time of day, airline, and the airport you want to get to in Moscow. Once in Moscow, you can grab the Aeroexpress, which will take you from the three main airports into the city center, or you can grab a taxi. You can buy tickets from the Aeroexpress in advance or at the station. Aeroexpress tickets are about 450 rubles (7 USD).

Fast and direct (get on a Sapsan or Nevsky Express)

I’ve enjoyed several times, casually leaving the office at about 6 pm, and taking a comfortable walk to the railway station which is located in the center of the city. I arrived there by 6:30 pm, and there was still time to buy something to eat before the train's departure at 7 pm. The seats are comfortable on these trains, and everyone has a little fold-out table in front of them.

I enjoy the 4-hr trip because it gives me time to catch up on some work. The only challenge is that outlets are scarce, so it’s best to have enough battery on your devices to get you through the four hours. By 11 pm I was in downtown Moscow and could enjoy a good sleep before a busy day ahead. There are 14 fast trains a day leaving from St. Petersburg, the first one leaving at 5:30 am and the last one at 9 pm. A train called Nevsky Express, which departs at 1:10 pm, has a nice design with six seats per cabin and lots of power outlets.

If you book tickets in advance you’re looking at about 5000 rubles (80 USD) for return tickets. Depending on the season and the timing, even the lowest class could go up to about 12,000 rubles return, so it pays to be organized!

This used to be my preferred method of travel, so I could avoid worrying about accommodation in Moscow, but I soon found it very exhausting. I enjoyed the thrill of arriving at the train station at around 11 pm, especially in the summer, when it was still light out, and waking up in the morning in Moscow, which is often always sunnier and warmer than St. Petersburg.

The beds are always made for you and comfortable, but when traveling alone, you never know who you’ll be sharing with, so you don’t know how much of a good night’s sleep you’ll be having, but maybe that’s part of the allure. There are some all-women and all-men cabins on each train, and if you go for first class you will have a private cabin for two people with your own bathroom and TV. The assumption you’ll get 8 hours of sleep on an 8-hour train is unfortunately erroneous. It takes at least an hour for everyone to settle, and in the morning you’re woken up an hour before arrival to give you time to eat breakfast and get ready, so at best you’re looking at 6 hours of sleep.

The three nicest overnight trains that take you to Moscow at reasonable times are Red Arrow (Krasnaya Strela) at 11:55 pm and arriving in Moscow at 7:55am, Express (11:30 pm - 8:30am), and Grand Express (11:49 pm to 8:14 am). They're fancy because they’re clean, the beds are made for you and you get breakfast and free hot drinks. It's basically an overnight hotel.

Budget (all other trains)

You can travel to Moscow for as little as 1,800 rubles (28 USD) return, but that might mean sitting for 10 hours, or sleeping in an open car in third class. It might mean leaving at 2am, or traveling for 16 hours. Often though even these very inconvenient train rides can be more expensive than the other options, so it’s often about the luck of the draw. Many of these trains travel beyond St. Petersburg and Moscow so you are sometimes jumping on a train that has been traveling for days, and you need to be ready to make your own bed, especially in third class!

Avoiding peak travel times will get you a cheaper ticket. One of my favorite more budget-friendly trains are the double-decker ones (№ 025А & № 005А from St. Petersburg). They're new and clean, the only downside being that you can't sit up on the upper bunk. The double-decker train will cost you about 4,000 rubles out of pocket and you arrive around 6 am, but you share a room with 4 people.

If you’re planning to go to Moscow for a quick visit, I recommend you look at all the options available. There are so many ways to get there, and the prices are so similar that the best thing to do is to choose what is most convenient and comfortable for you. It’s not uncommon to travel to Moscow just for a few hours. So give yourself a little treat and visit the largest city in Russia, the political, economic, cultural and scientific center of Russia.