In the future, the material could be used in the production of wound dressings that would hold their own even against antibiotic-resistant bacteria. An article on the results of the research was published in Chemistry of Materials. 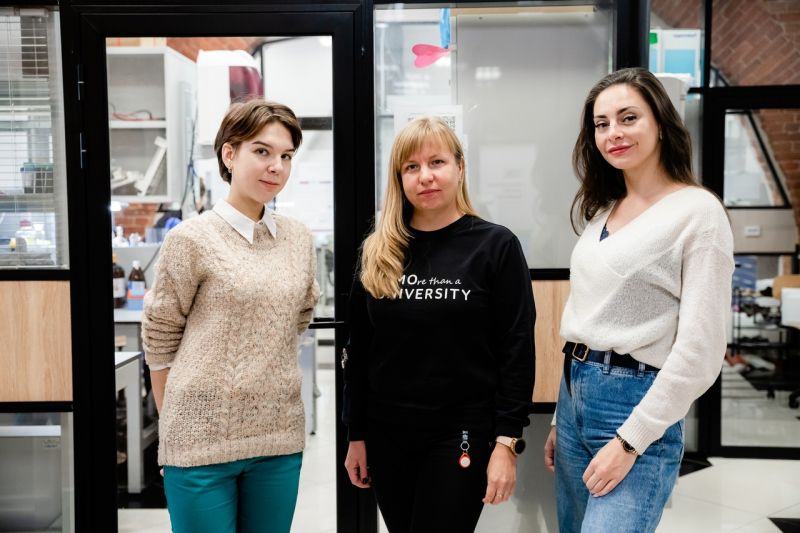 Modern medicine faces a constant dilemma. Medical specialists use various antibiotics to prevent microbial infections in patients. As such, surviving bacteria develop a resistance to these antibiotics over time and produce new microorganism cells with these traits. This results in super bacteria that are very difficult to treat.

This has led to a demand for new methods of fighting infections without the use of antibiotics. This is especially relevant when it comes to the treatment and healing of wounds. Serious injuries cannot be simply treated with a disinfectant, and dressings are often applied atop special antibacterial ointments to lessen the risk of an infection that might end up being more dangerous than the injury itself.

A group of researchers at ITMO University’s SCAMT Institute and the University of Toronto has proposed biomaterial-based dressings with antibacterial properties for wound healing.

Rubbing gel into the wound

The new material, developed through a collaboration between ITMO University and the University of Toronto under the supervision of Dr. Eugenia Kumacheva as part of a joint grant project, is a biocompatible gel that is harmless to human cells but is detrimental to microbial life. In the future, the gel could be applied to wounds as a temporary replacement for damaged skin while preventing infection.

Several factors influenced why nanocrystalline cellulose and gelatin were chosen as the gel components. Firstly, the gel they form facilitates the healing process by providing favorable conditions for cell growth. Secondly, the gel prevents the reproduction of bacteria. Finally, it indicates when the dressing must be changed.

Using nanocrystalline cellulose and gelatin makes it possible to create a layer of substance that is very close in structure to the intra-cellular matrix in which cells grow. This means that the material provides a comfortable environment for the body to heal itself in. In addition, the hydrogel does not damage the wound; it is soft and moist, and therefore removing the dressing will be less traumatic.

“Soft damp dressing creates all the right conditions for the natural healing process,” explains Dr. Krivoshapkina. “Potentially, we could boost other growth factors in order to stimulate it further.”

Nanocrystalline cellulose is not just a supporting component in the formation of the gel. Its main function is to prevent the spread of infection. This is because it is able to adsorb the iron ions needed for bacterial growth.

“Bacteria need nutrition to grow,” says Dr. Krivoshapkina. “The ratio of ions in the wound is especially important to them. Many bacteria depend on iron (III) ions and our material removes them from the wound, thus depleting the environment.”

The extracted iron ions form a monolayer on the surface of the cellulose, resulting in too little ions for bacteria reproduction being left in the wound.

“To prove that our theory works as well as test our material’s biocompatibility, we recruited our colleagues from the Experimental Oncology and Immunology Group. The study was supervised by Dr. Marina Dukhinova,” says Dr. Krivoshapkina. “The hydrogel’s cytocompatibility was verified in tests on human skin fibroblasts – cells that facilitate wound closing and tissue regeneration. We also studied the gel’s antibacterial properties in collaboration with our microbiologists, a team led by Dr. Elena Koshel. We studied several bacteria strains – one of which is antibiotic-resistant. Testing showed that the concentration of colony-forming units of these bacteria was reduced. We also demonstrated that adding iron to the growth environment sped up the growth of the bacteria. Our hydrogel, however, slowed their development and reduced their numbers.”

But how can we tell if the dressing is fully covered in iron ions and is therefore no longer capable of stunting bacterial growth? Dressings should not be changed too often since the process is traumatic and retards wound healing. It therefore follows that there needs to be some kind of a visible indication. The solution lies in the carbon nanodots which are used to modify the surface of nanocrystalline cellulose before its grafting to gelatin.

“In this case, we used an approach that was recently developed at the University of Toronto under the supervision of Eugenia Kumacheva. The researchers had modified cellulose with carbon nanodots which in turn produced an optically active material,” explains Dr. Krivoshapkina. “Under near-UV light the material emits a visible blue glow. Iron ions (III) dampen that glow.”

Thanks to this, doctors can shine a UV light onto the dressing to check its condition: if it has not yet exhausted its capacity, it will glow. If there is no optical response, the dressing should be changed.