An international research team has shown that the conversion process of natural gas into methanol depends not only on the permanent characteristics of the catalysts used but also on the properties that these catalysts exhibit in the course of the reaction. This discovery can revolutionize the oil and wood industries by introducing modern technologies, which will allow manufacturers to process waste into valuable chemical products. The article was published in ACS Catalysis. 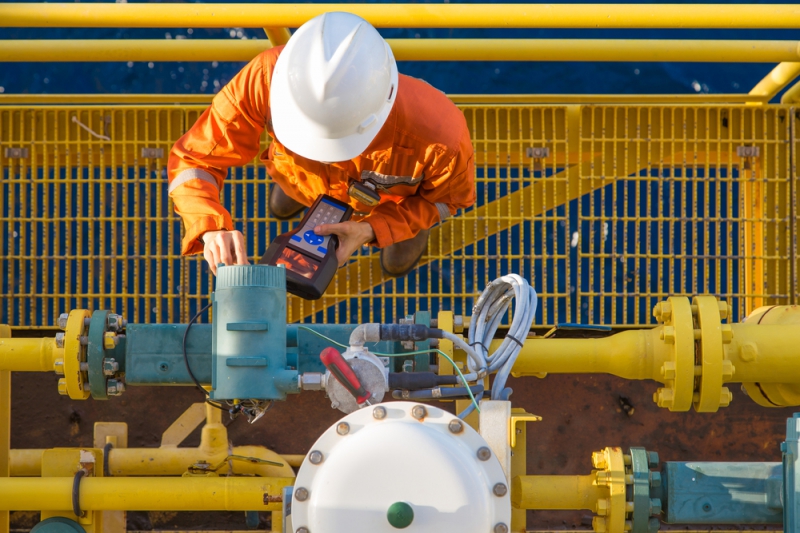 For over half a century, the petrochemical industry has been facing the problem of processing gas that is carried to the surface along with the extracted oil. As a rule, the amount of methane and other volatile hydrocarbons is too small to make it economically feasible to build a gas pipeline or processing plant at the extraction site. Therefore, the associated gas is simply burned.

“You can see a gas flare wherever there is an oil production facility,” says Evgeny Pidko, a professor of ITMO University’s ChemBio Cluster and the head of the Laboratory of Inorganic Systems Engineering at the Delft University of Technology. “This is methane and other associated gases. It is economically difficult to recycle them, and they are just burned.”

In order to efficiently use this gas instead of burning it, there needs to be a simple and cheap way to convert it to liquid chemicals which could then be poured into barrels and stored for further use. The existing methods are not economically viable, but the situation can be changed by using catalysts to convert methane into methanol. However, researchers haven’t yet discovered how such a reaction can be brought about.

Existing studies show that in such reactions, there is a correlation between the catalysts’ activity and their affinity (i.e., the ability to form bonds) with hydrogen.

“What is interesting is that this correlation has already been discovered by Soviet scientists back in the 1970s,” notes Evgeny Pidko. “And in 2017, Americans rediscovered it with the use of modern quantum chemistry methods and substantiated it further.”

Nevertheless, certain deviations in the data obtained in the course of these studies make it hard to predict the behavior of a particular catalyst in the reaction without conducting lengthy and expensive experiments.

A group of researchers from the Delft University of Technology (Netherlands), King Abdullah University of Science and Technology (Saudi Arabia), and ITMO University (Russia) have taken a step towards solving this problem by performing quantum chemical calculations of the reaction converting methane into methanol with the use of an iron-containing ZSM-5-type catalyst.

“In our experiment, we varied the location of the active center inside the pores of the catalyst. The catalyst itself is a porous powder. The active centers where the reaction occurs are located inside these pores the size of a molecule. We calculated the energy barriers needed for the oxidation to occur and evaluated the contribution of various parameters to the reaction,” says the researcher.

As a result, the researchers managed to prove that, apart from the previously discovered correlation between the catalysts’ activity and their affinity with hydrogen, there are other factors that significantly affect the course of the reaction.

Using the data obtained in the course of their study, the researchers can now make assumptions about the reaction without any additional chemical experiments, which will facilitate the introduction of catalysis into various industries.

“Why aren’t catalytic reactions widely used right now? The thing is that they require a lot of tests, which can be time-consuming and expensive. If we could more accurately predict how the reaction would proceed, it would accelerate the development of new catalysts. The main benefit of catalytic reactions is that they require less energy and produce less waste. They can be used for the synthesis of pharmaceutical compounds, or biomass processing,” concludes Evgeny Pidko.

In the future, the researchers plan to expand the scope of their research activities and analyze reactions with other catalysts.