ITMO University and Bosch corporation have signed an agreement on conducting research in the field of active matter physics, a field hitherto not studied in Russia. Within the joint project, researchers are working with clusters of macro- and microparticles that can migrate and regroup into new structures. In the future, this project will result in new technologies for the energy  industry, manufacturing, and healthcare. 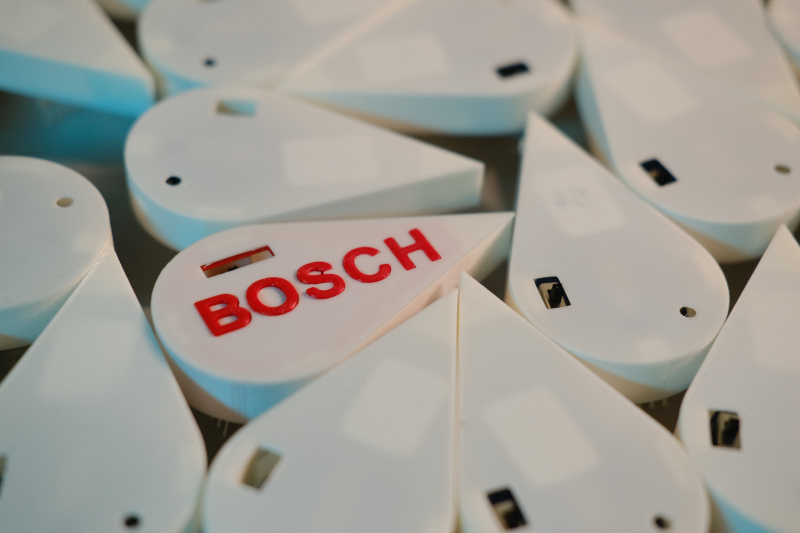 Active matter physics is an emerging field undergoing active development worldwide. However, up until now there wasn’t a research group specializing in this topic in Russia. To study active matter physics, scientists analyze particles that, like bacterial colonies or schools of fish, can collectively organize by transforming their internal energy into mechanical motion. Researchers  hope that by unveiling the fundamental phenomena in such systems, they will be able to develop smart materials with controllable properties and functions. Particle ensembles are an especially promising platform  for applications in microstructuring, energy conversion, targeted drug delivery, and as a material for creating various sensors and shape detectors.

“We were lucky to become the first Russian research group capable of producing active materials on any scale – from robotic ensembles to microparticles. When we make a material active, the equations describing it become more complex. They start describing a lot of interesting physical phenomena that make it possible to control the spatial organization of particles. Together with our collaborators from Bosch, we will go through a complete research cycle, from formulating a hypothesis and running theoretical calculations to numerical modeling and experimental implementation of such systems,” says Nikita Olekhno, a researcher at ITMO’s Faculty of Physics.

Numerical simulations of the motion of active particles with broken symmetry demonstrating the formation of ordered structures. Animation by Timofey Kruglov, Bosch

The planned research project will feature three key stages. First, there is a theoretical study and numerical modeling of systems of particles with different sizes, shapes, and behavior. Then, the predicted effects will be tested on systems of macroscopic particles, such as tiny moving robots whose characteristics can be precisely controlled. Finally, given the success on the previous stage, ITMO’s researchers will implement the proposed system at the microscale by synthesizing such smart materials. These steps can be repeated several times, depending on the number of interesting effects discovered in the numerical simulations.

“In the near future, we would like to test an idea that no one has studied before – namely, to experiment with active particles with drastically broken symmetry. Nikita’s team has already created about a hundred small droplet-shaped robots to test our hypotheses. Now we will study how to make them assemble into the desired geometry and how we can apply such phenomena in practice,” explains Timofey Kruglov, the lead engineer at the Russian Technology Office at Bosch, who came up with the idea and initiated the project.

So far, the project has produced its first fundamental results. However, in the next 5-7 years the scientists are planning to identify potential applications that will be commercialized and used as a technological basis for the company’s future products.

“As a technological corporation, Bosch finds it important to plan how we will act in the future and what kind of technologies we need to produce in the next 50 years.  Studying active matter will open up new opportunities in the most promising fields, such as healthcare, energy industry, and manufacturing. We are certain that the ideas we are developing will have a strong theoretical basis and will be implemented in experiments thanks to our new strategic partner, ITMO University. The experience that we already have on this project in collaboration with ITMO demonstrates a great pace and quality, which showcases the excellence level of Russian science, as well as its readiness to actively collaborate with leading industrial companies,” concludes Alexander Borisov, the director of Bosch’s research department in Russia.

Despite the novelty of the field, ITMO can use its substantial background in metamaterials, and in particular in their fabrication at the microscale. Moreover, ITMO is one of the top universities in the world in electromagnetic simulations of particles, as seen from numerous publications in the most prestigious journals, such as Nature Photonics, Physical Review Letters, and others.