Today machine learning helps companies to find a profitable location for a new salespoint, optimize purchases and improve employee efficiency. Artificial intelligence can tell you how to work with clients, keep them and increase their loyalty. Along with retailers and finance specialists, the energy industry is developing a large number of new technology projects. “The fourth industrial revolution dictates new rules for oil companies”, believes Pavel Sorokin, head of the Interaction with Universities Department and the Personnel Management Department of Gazprom Neft Science and Technology Center. In his lecture at ITMO University he presented the changes in modern industry, talked about the specialists in demand and explained the companies focus on fundamental education and cooperation with leading Russian universities. 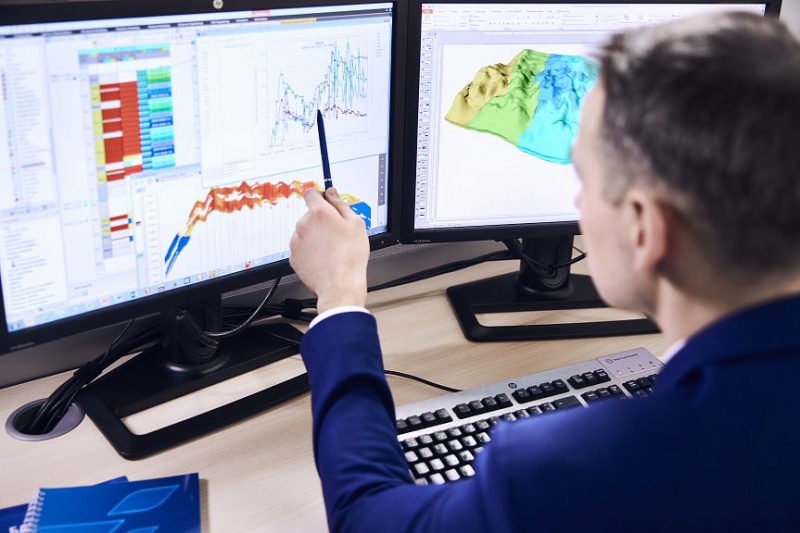 Currently, several main trends are altering the industry. First, people who were born in the digital age are starting to enter the labor market. The older generation has adapted for such innovations as, for example, smartphones, but modern professionals who begin their careers today have grown up among devices that allow one to quickly learn information and effectively apply it in daily work. The ability to get information quickly is the very quality that allows you to rebuild a modern business.

Another trend is the fourth industrial revolution. Nowadays, digitalization is actively entering the industry. Of course, this is not only about the oil industry. Such technologies as Big Data, autonomous robots, cloud technologies, 3D printing and others affect every sphere of life.

Why can the oil sector no longer work in the old way?

For a long time the idea of ​​the oil industry was quite simple: the oil sector had nothing to do with the high-tech industry. But it all came to an end at the beginning of the century. The Soviet legacy of large oil deposits, which were discovered in the 1950s, entered the late stage of development. Companies had to work with projects that, as it was thought in past decades, can be cost-effective.

But now we are working with oil deposits, which in the Soviet era were considered unprofitable. Imagine a typical oil reserve of the 50's. Because of the high permeability, simple geology and many reserves it gave oil quite easily. How does a typical modern reserve look like? There are not enough reserves, the oil is hard to get, we work in rather severe climatic and geographical conditions and the oil deposits are far from any infrastructure.

When we understand that the deposit is small and located somewhere far from the infrastructure or, for example, on the shelf, it becomes clear that even creating infrastructure for this reserve makes all the work unprofitable. Therefore, we need to find alternatives for such cases.

Our company identified several key areas in which we need to achieve results to bring these problematic deposits to the point of profitability. We also came up with the primary tools to gain what we need.

There are three of them: Science Engineering, which uses basic sciences to find solutions, Data Science - working with large data, and Knowledge Management.

What have we achieved using new technologies? For instance, let's take the "Gazpromneft-Noyabrskneftegaz" deposit in the Yamalo-Nenets Autonomous Okrug. This is a typical reserve of the 50s, large in the past, but at the moment not giving the same results as at the beginning of its development. Today, oil is becoming more difficult to mine, and the profitability of deposits is falling. But in 2013, using high-tech oil wells, we were able to start developing resources, profitability of which quite recently seemed impossible.

This case is not rare, but very significant. It shows the effectiveness of using new tools within the field of Science Engineering. What does this mean? By combining the two concepts - "science" and "engineering" we view the process of getting into the ledge and modeling its insides no longer as just engineering, but as a science-intensive task with the application of fundamental sciences.

How does it look in practice? We can use hydraulic fracturing as an example. It is when we inject liquid into a deposit and begin to break the rock layer under strong pressure, creating cracks. They help the oil get to the deposit. The problem is, however, that the bottom of the crack is influenced by a wide variety of factors, so we cannot be sure how this crack will behave. Predicting this process is a rather unconventional task.

We need first to create a fraction design, control the fracturing process and analyze the results. These are rather huge tasks and often, when we work with complex rocks and deposits, it is not enough for us to coordinate the process only on this level. We have to go deeper into the physics of it and look for optimization opportunities on the level of fundamental principles - look at the mechanics of the porous medium, the mechanics of cracks, the nature of the inflow, and the chemical composition of the fracturing fluid.

That is why we need many physicists, mathematicians and chemists. They find their own niche in our company, searching for solutions for our specific problems. Initially they have profound fundamental knowledge, which allows them to apply their skills in different fields.

Another problem caused by the fourth industrial revolution is that a huge number of new devices generated a lot of data. It is difficult to analyze this information effectively. The human brain can no longer process all of this incoming data so it is necessary to develop artificial intelligence and other technologies for working with big data. Otherwise, we simply will not detect the patterns that will allow us to select the right technology, to influence a particular parameter in order to get the result we need.

That is why we are also developing in the second area, namely, working with big data. We have IT professionals who also specialize in mathematics and analytics.

At the same time we expect our experts to understand the processes with which they work. The classic approach, where a programmer writes a code for something he knows nothing about does not work. We employ a form of collaboration: say, a physicist or a mathematician brings data to a programmer who knows what the output should be and how to write the optimal code to get it.

Moreover, even potential IT specialists are interviewed comprehensively: both our IT professionals and those from the Science Engineering Department talk to the candidates.

Thus, the main trends that are changing the oil companies today are digitalization, focus on fundamental sciences and use of university facilities, because we as an operator cannot solve fundamental problems independently, we are not a center of excellence, like scientific organizations, universities and innovative enterprises.

In addition, in Russia, import substitution is a current trend, which gives us momentum to raise our own specialists and set high-tech tasks.

Finally, management approaches change: we focus on quick launches and project modularity. The new approaches come from IT like, for example, Agile. This way we control the process not according to some old rules or standards but live, with the analytics we receive. All of this, of course, changes our corporate culture.

What specialists are in demand today?

Keeping these trends in mind, we can create an image of a modern-day engineer companies are looking for. It is interesting that today we search for someone whose hard skills have nothing to do with geology or reserve development. The most sought for skills can be applied anywhere.

I divide them into three large groups. First come fundamental sciences that will help solve problems through Science Engineering and work with ambiguities.

Second are programming languages. Remember how in the 2000s everyone had to know English? Speaking a foreign language was an asset because it meant being the first to receive information from the international market, the first to read books that have not been published in Russia. Now Python is the new English.

It is an advantage for a candidate in any sphere to be able to program and solve routine tasks with IT. Routine workers are not in demand, as every employer values those who can deal with complex challenges and switch between approaches to achieve greater efficiency.

Soft skills are the skills that are at the basis of any corporate culture. It is your personal experience that allows you to adapt to any environment and collaborate when working in a team. Going back to interviews, in our company there are two people who would speak to a candidate. One represents the expert field and the other is a line manager. The expert is interested in the hard skills, while the line manager assesses how well one could fit into a team. Lone wolfs are no stars of the show now, collaboration and team work are more important.

Why do oil companies cooperate with universities?

Industry and business are changing. That is why the industry cooperates with universities more than ever. But how can the university and especially the students get closer to the companies, the practice and its trends? First, they can solve the current problems during their studies, for example, in their dissertations, thus they will respond to the basic needs of the industry and follow the direction of its development. Such an increase in practical skills will allow the student as well as the university as a whole to be in demand in the oil industry.

We apply the concept “school – university – company” throughout the whole Gazprom structure. We have a number of master's programs in partnership with universities. After getting into our company, the graduates become a part of the “Young specialists” program and have an opportunity to develop along several different trajectories in the future.

We have to note that the Russian system switch to Bachelor and Master’s studies was quite beneficial for us. Bachelor students get fundamental knowledge during the first four years and then learn how to apply their skills in a particular area during their Master’s. It is quite difficult to get into our Master’s with a Bachelor’s degree in oil and gas business. Mostly because we set fundamental sciences knowledge or programming as one of our key requirements.

We meet a lot with ITMO University representatives to discuss the possibility of using the university’s competencies in the oil and gas sector. Of course, we are interested in specialists who work with big data and machine learning, and solve problems with the help of neural networks. Therefore we are interested in cooperation with the university, that provides a high-level training for such specialists.

We have already signed a cooperation agreement, which will allow us to work together in the future, for example, to organize various kinds of internships. In addition, now ITMO University has launched a construction of a new scientific, educational and innovation center in the south of St. Petersburg, ITMO Highpark. We also want to cooperate in this area.

Gazprom Neft is an oil company, the main activities of which are exploration and development of oil and gas deposits, oil refining, and production and marketing of oil products. In terms of oil production and refining, Gazpromneft is among the three largest companies in Russia. The structure of the company includes more than 70 oil-producing, oil refining and marketing enterprises in Russia, near and far abroad.